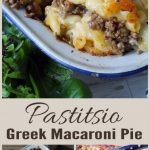 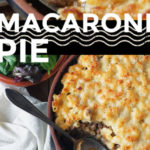 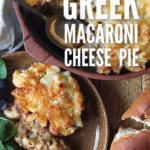 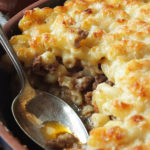 Pastitsio is a Greek-style macaroni cheese pie. In this easy family favourite recipe layers of ooey gooey macaroni cheese sandwich a spiced lamb mince. Recipe originally published in 2015 and was updated in March 2019 with new photos. 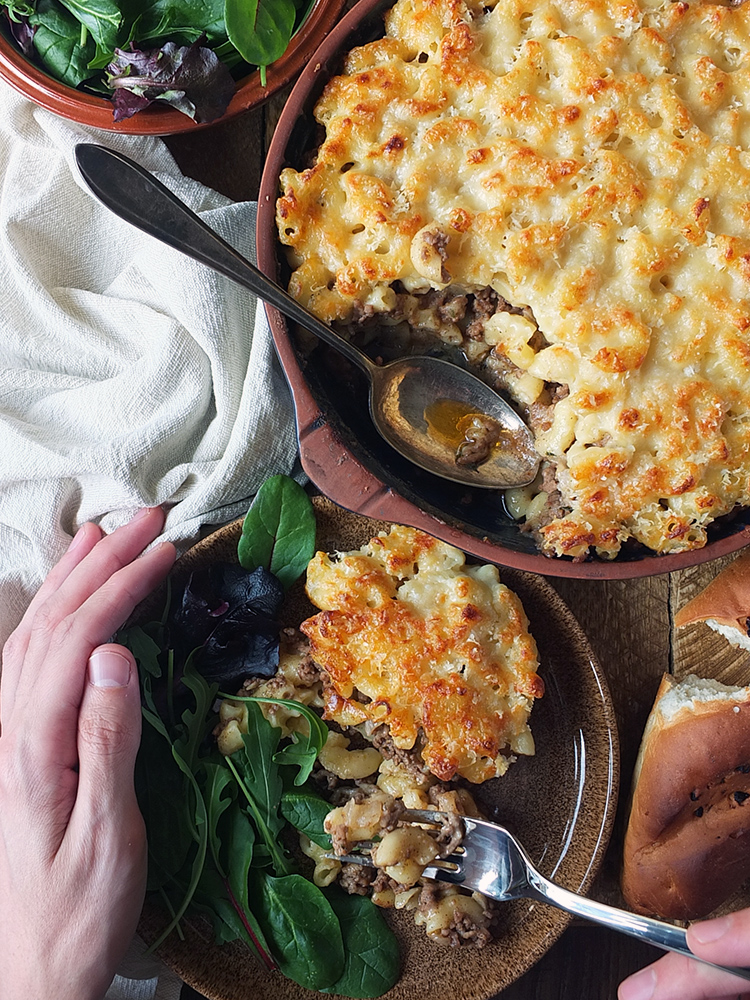 Recipes vary, but the traditional pastitsio usually has a base of tubular pasta (like bucatini) with an egg and/or cheese mix to bind.

In Cyprus, a similar dish is made with ground lamb, as I’ve done with my recipe, which is flavoured with mint, parsley or cinnamon. It’s usually served at Easter time with a spit roast. 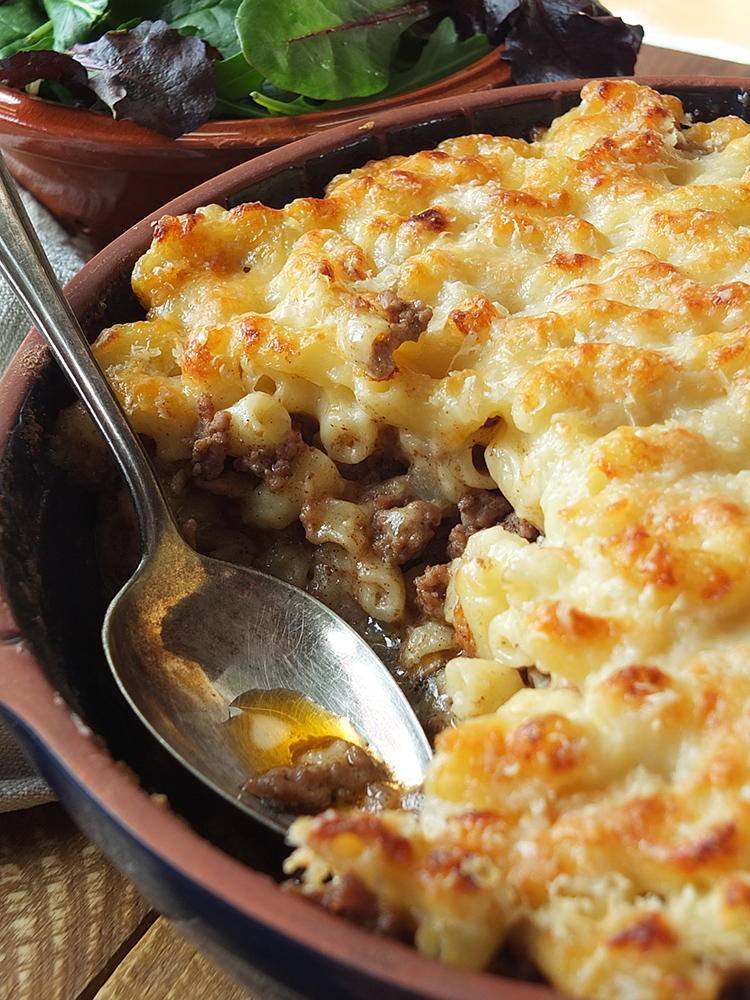 A version of this recipe was given to me by my Canadian father who brought a photocopy of it with him on one of his visits many years ago.

I’ve been making it regularly (except for that period between now and last Christmas where I was on a strict diet!) and it’s a firm family favourite in our house.

* Note – the original recipe I’d shared back in 2015 included a recipe and photographs showing pastitsio made with cheddar cheese instead of the traditional Greek Kefalotiri cheese.

I’ve been rightfully chastised in a reader comment below – no self-respecting Greek woman would use cheddar in her Greek macaroni pie.

In March 2019 I updated this recipe. I still can not source Kefalotiri cheese, so I’ve substituted it with Parmesan, as she suggested (but I’m not giving up the cumin!). The original cheddar was my father’s variation, and although it tastes fabulous, it’s not pastitsio. See recipe notes for more information. 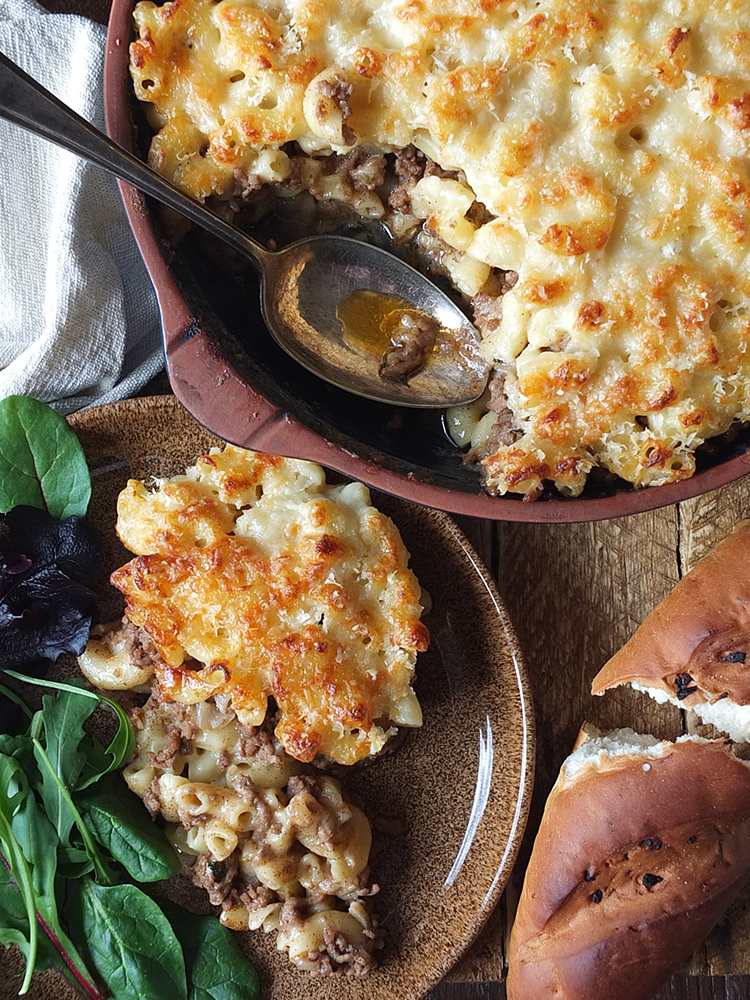 This morning I hit the floor running. It was go-go-go all day, with my not finding the time to scoff breakfast until about half-past one in the afternoon (and even that was a hurried banana while heading off to another meeting!).

I’d taken a packet of lamb mince out of the freezer last night with no idea of what I was going to do with it, but come time to make dinner I was in a carbohydrates sort of mood.

A macaroni and cheese sort of mood.

Macaroni and cheese with a layer of lamb mince spiced with toasted cumin kind of mood.

Pastitsio it would be! 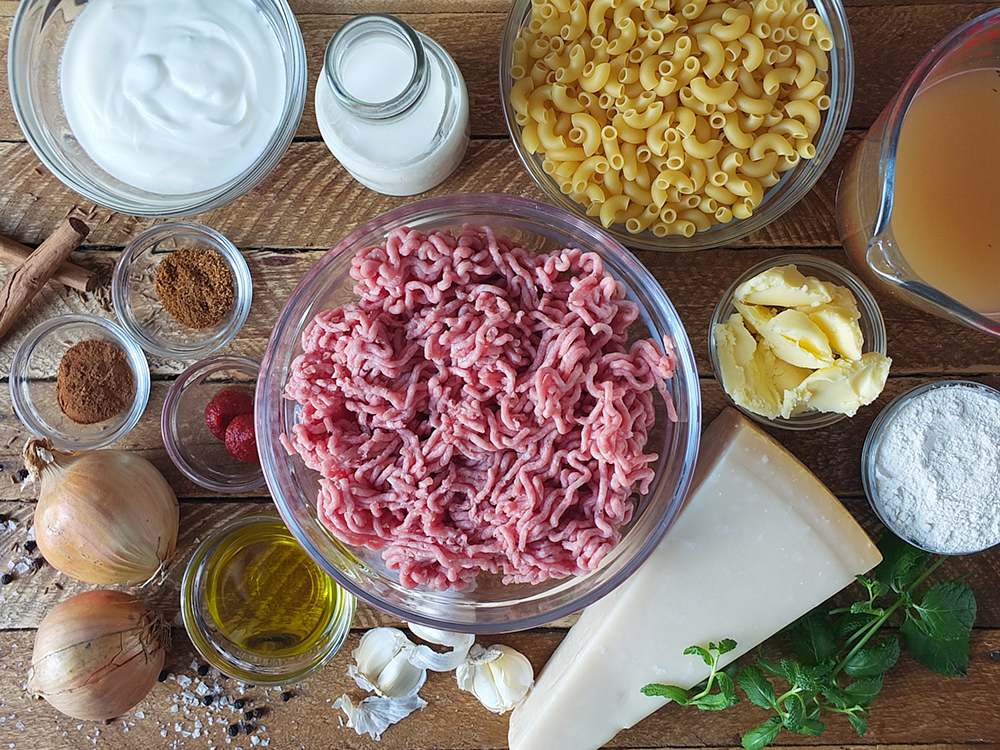 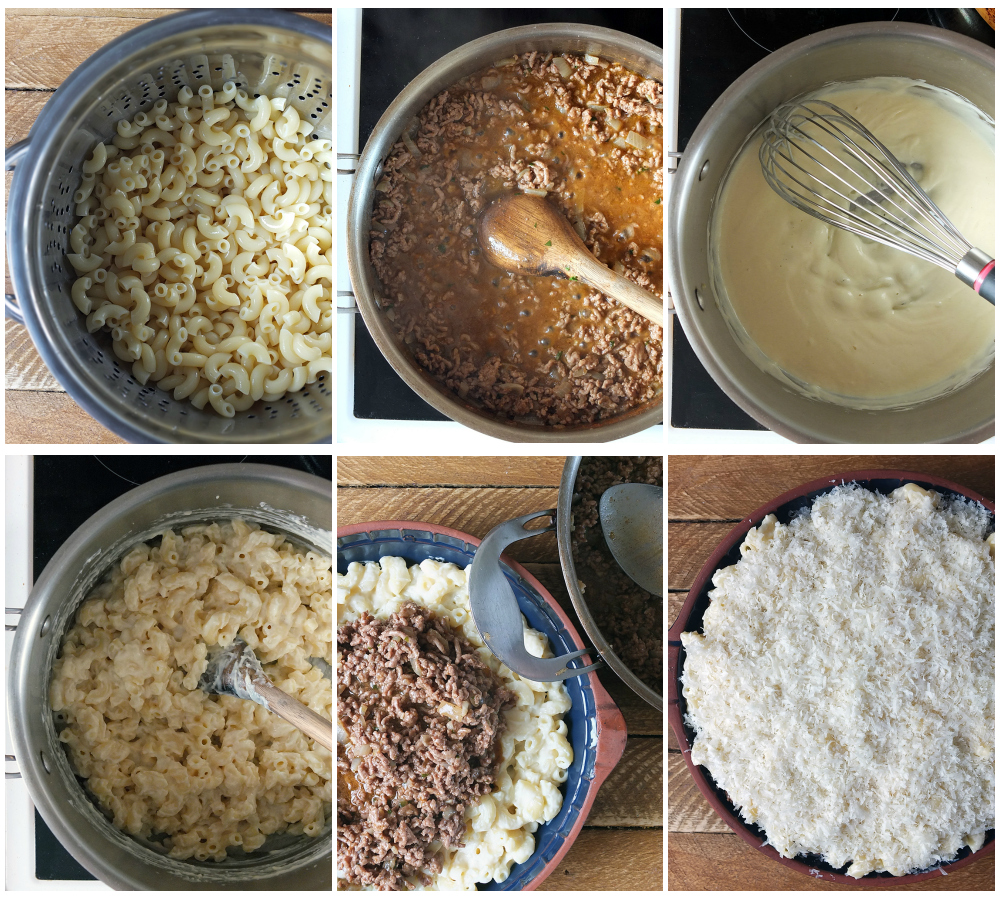 As an aside – did anyone else catch that almost total eclipse today? Did anyone else ‘not’ look directly at it because they didn’t have a proper set of eyewear or a DIY eclipse viewing box thingy. Yea, me neither – that would be silly.

Ok, I did have a sideways glance at it while the clouds cleared briefly. Apparently the birds stopped singing for the duration of the eclipse, but to be honest it didn’t get any darker than it normally does on a rainy, cloudy day! I was glad the children at the local school had the opportunity to witness it though, with everyone outside with protective eyewear. The kids couldn’t stop speaking about it over dinner! The next one won’t be for another 15 years, so I’m delighted they had the opportunity to witness this one.

Check out that gorgeous salad in the photos – that beauty is the best salad mix I have ever eaten. Today was veg box day with our veg box collected from its top-secret bus shelter drop off point midway between our house and the growers. No dressing is needed – the mix of salad leaves range in flavour and texture making for the perfect side.

Things are growing and the light is returning – Spring is in the air! 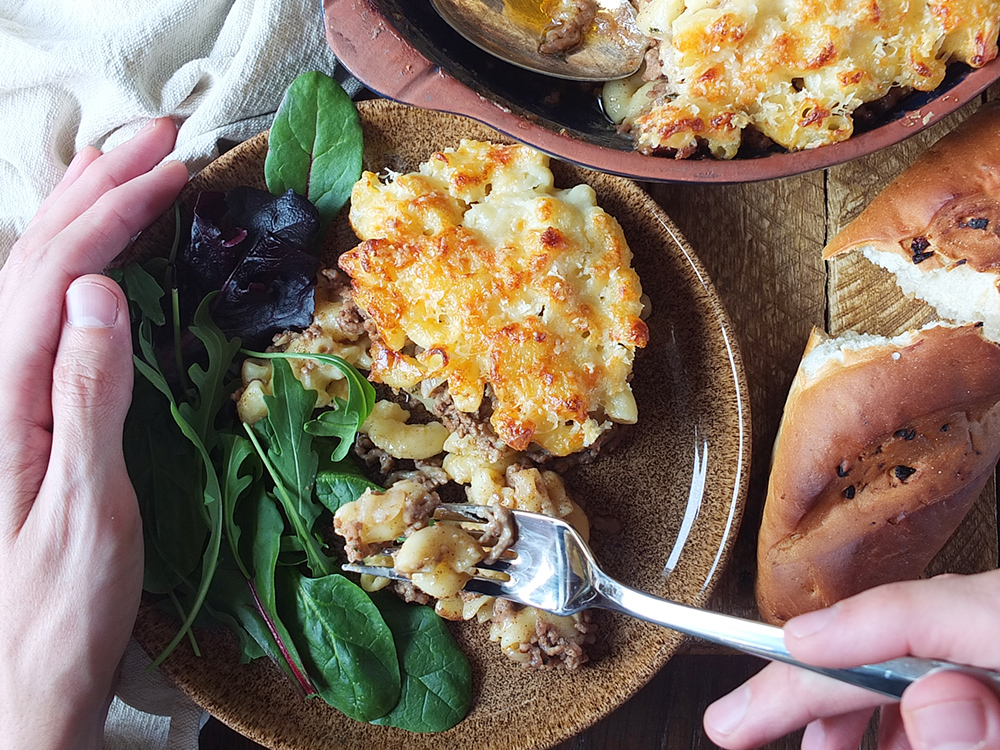 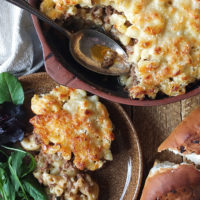 Simply replace the lamb with ground beef and use beef stock instead of lamb stock. Replace the Kefalotyri (or Parmesan) with 135 grams/ 1.5 cups of grated mature cheddar.

How many Watchers Points in pastitsio?

There are 20 Smart Points per serving of this recipe.

How to make the BEST mac and cheese

This recipe tastes incredible when made with cheddar cheese (but it’s not pastitsio!), as shown in the old photos above. Simply replace the lamb mince with beef mince, and use 135 grams/ 1.5 cups of grated mature cheddar cheese.

New Foodie Bites in Elizabeth’s Kitchen
Next Post: Fair Isle: a Jewel in the Ocean