All the flavour and nearly half the calories! 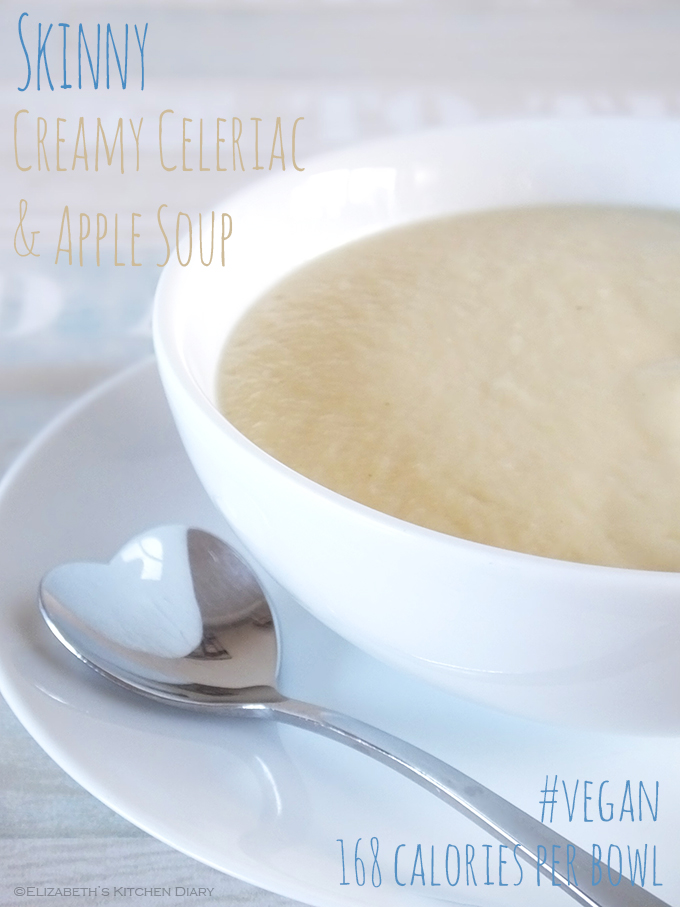 I love a hearty, creamy bowl of soup, me. Especially when the winds are howling outside and you want something warm and comforting. Alas, most creamy soup recipes use a ridiculous amount of double cream – something I just can’t afford to eat right now while I’m trying to shed a few pounds.

I read something over on Becca’s food blog – Amuse Your Bouche – recently, which I filed away in my brain for future use. She’d thickened a gorgeous Extra Creamy Leek & Potato Soup with cornflour and was raving on about how delicious and creamy it was. I had to try this out myself!

The sun came out yesterday, in between days of hurricane force winds. Inspired by the brief return of daylight (and opportunity to take some food photos!) and a single celeriac languishing in the bottom of my vegetable crisper for slightly too long (it was desperately needing used up!) I made this soup recipe for lunch, and I have to say I was really rather impressed with it.

The recipe makes enough soup for four hearty bowls, none of this “regular recipe divided into eight portions to keep the calorie content down” like a lot of diet recipes (seriously – I made a cashew yogurt recipe a few weeks ago because they said it was low calorie and tasty – it turns out that each serving was only two tablespoons – and it was yuck!).

No, this is a full, hearty bowl with a good mouth chew in each spoonful. You actually feel like you are eating something with this soup, not a watery bowl of vegetables. A bowl of this soup and four mini oatcakes and I was set for an hour’s hill walking with the family during our brief reprieve from the winter storms.

Celeriac is an underused vegetable, I think. To be honest, I’d never even tried one until they started appearing in my organic vegetable boxes, and now I look forward to them. They’re not starchy (and subsequently high in carbs) like potatoes but they do make a deliciously creamy low calorie soup.

If I was to use double cream in this recipe, like I normally would, that would add an extra 702 calories to it – making each bowl a whopping 315 kcal. Replacing the double cream with cornflour thickened soya milk means each hearty bowlful comes in at a mere 168 kcal, without compromising any flavour. 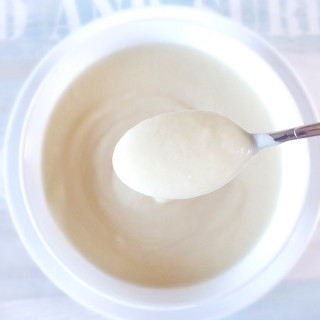 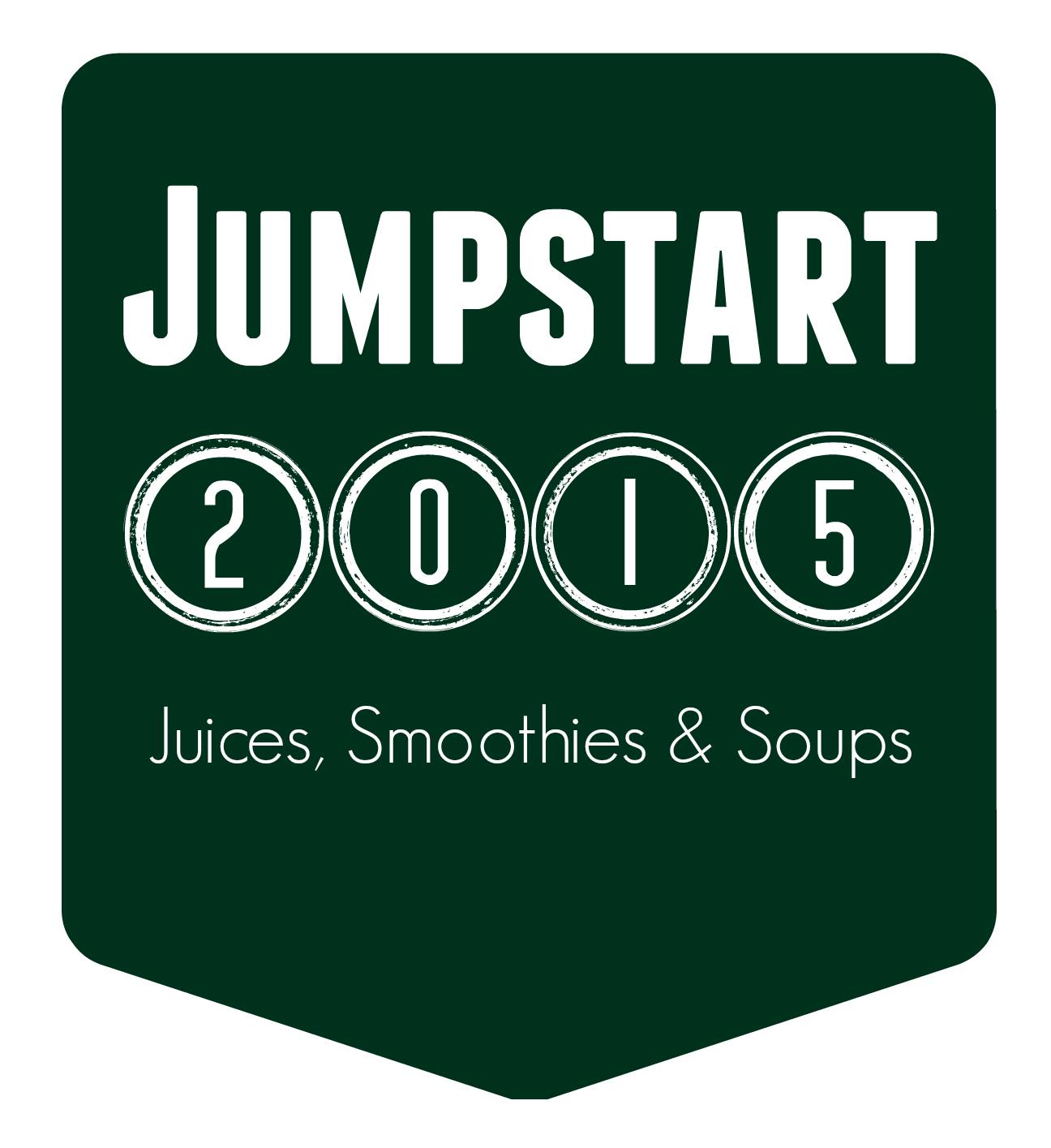 This recipe is part of the Jumpstart 2015 food blogging challenge – a group of us food bloggers have decided to jump start this year by including more juices, smoothies and soups in our diets, and sharing our recipes and weight loss progress as we go along.

I am also linking up with Extra Veg, co-hosted my Michelle over at Utterly Scrummy and Helen at Fuss Free Flavours and No Croutons Required, a soup and salad challenge by Jacqueline over at Tinned Tomatoes and Lisa at Lisa’s Kitchen. 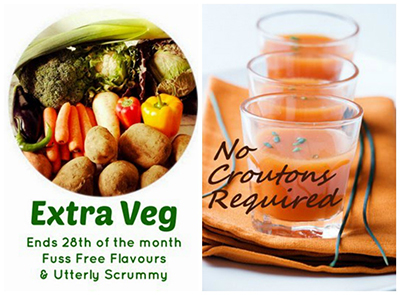 Disclosure: This post contains an affiliate link. Elizabeth’s Kitchen Diary is a Froothie ambassador, and if you buy an Optimum 9400 blender through the link provided I will get a small commission. This is not a paid post and all thoughts and opinions expressed are my own.

« Getting Fit with P90X – Phase I
Between Weathers – Da Brigs, Vementry »