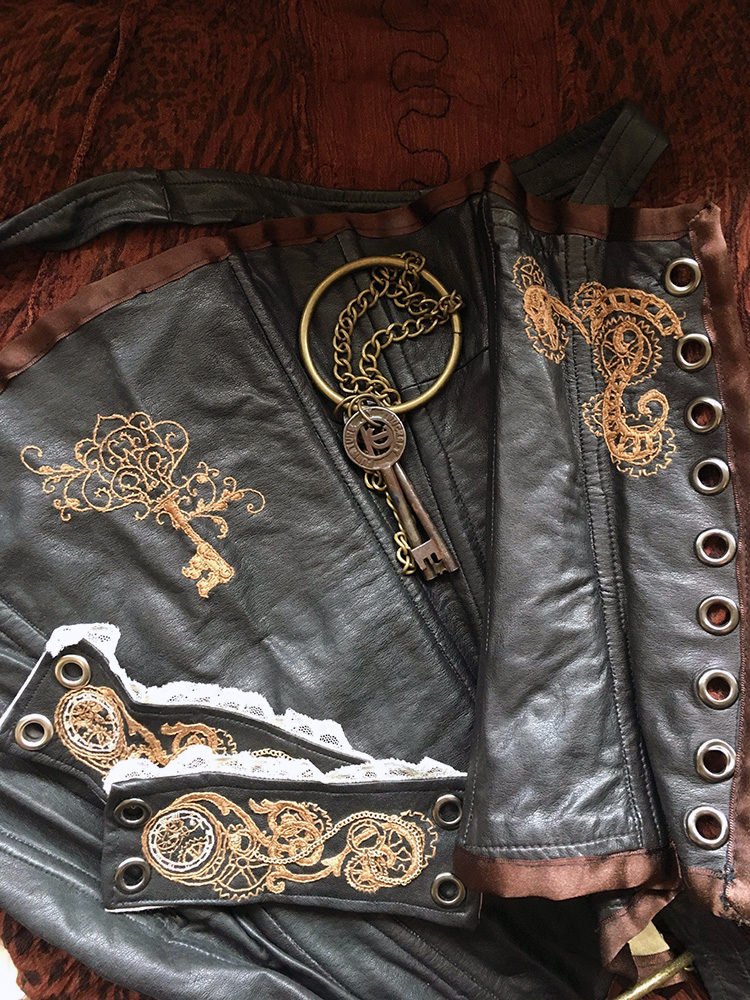 The combination of old Victorian style with a futuristic sci-fi twist has always appealed to me, so imagine my delight when I discovered there was a word to describe it all: steampunk!

In between studying Open University science modules, I treated myself to making a Steampunk costume for a Halloween party. Most of my artistic creations are made from recycled materials, and this project was no different. 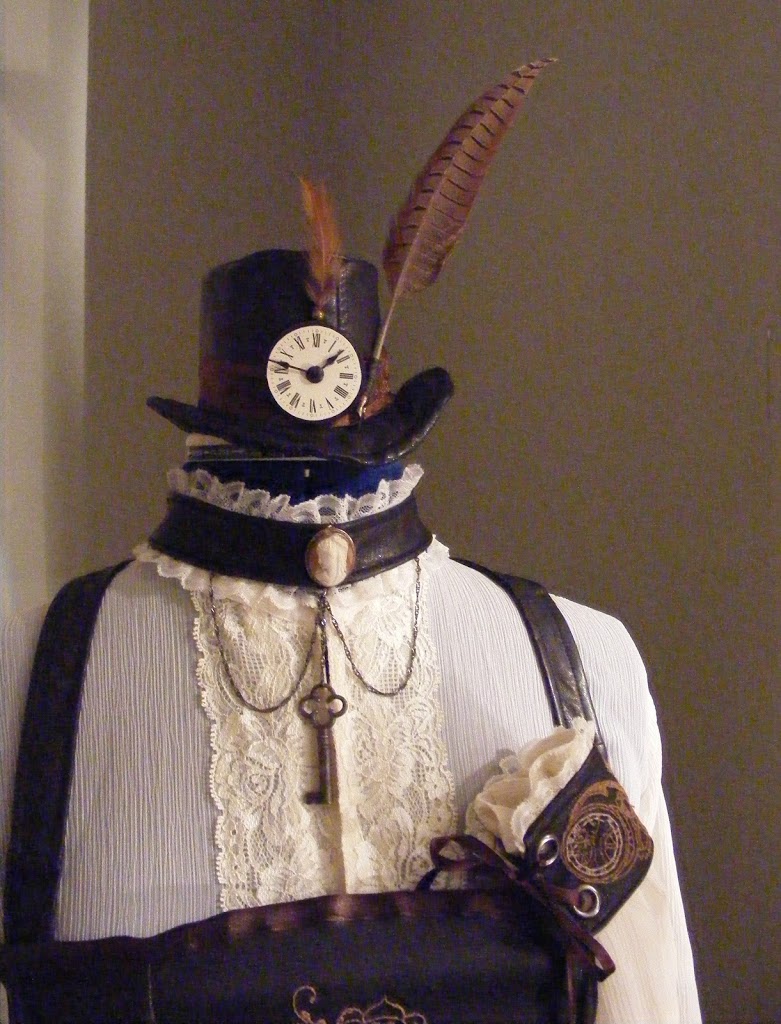 The corset, hat, choker and cuffs for this Steampunk costume are made from a faux-leather jacket I picked up at our local charity shop (£2). The shirt (also from the charity shop) was heavily modified to fit my shape and was also purchased at a charity shop. The first skirt (shown above) was left as is (also from the charity shop).
I wore this outfit at a local Halloween party and didn’t particularly care for this skirt so I made another one, a layered and ruched affair in rich green and brown. I can’t seem to find the photographs of it just now, but when I do I will upload them. 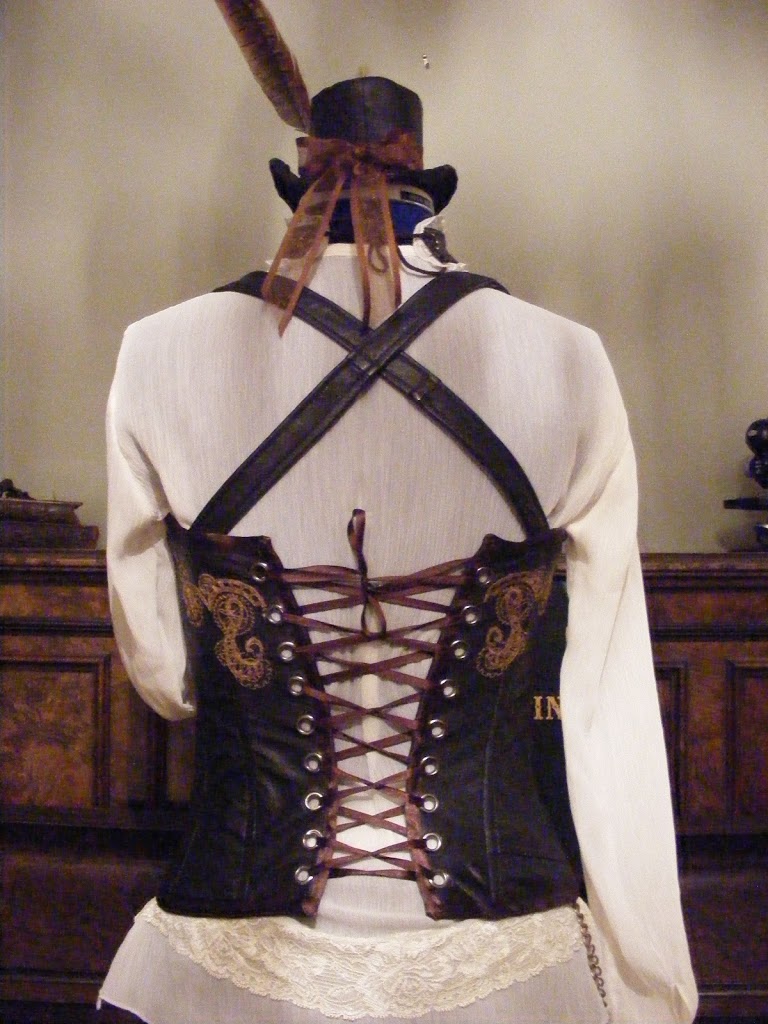 How to make a Steampunk Style Hat

I used this tutorial as a basis for making my Steampunk style hat. Note, I didn’t follow the instructions exactly as I was making a much smaller version. The pheasant feather quill pen (complete with nib) was purchased over a decade ago from a gift shop at Loch Lomond, Scotland. The clock face is a genuine clock face from a dismantled charity shop clock and the feather above it was from an earring made by my Canadian aboriginal auntie when she was younger – the other one has long since been lost. 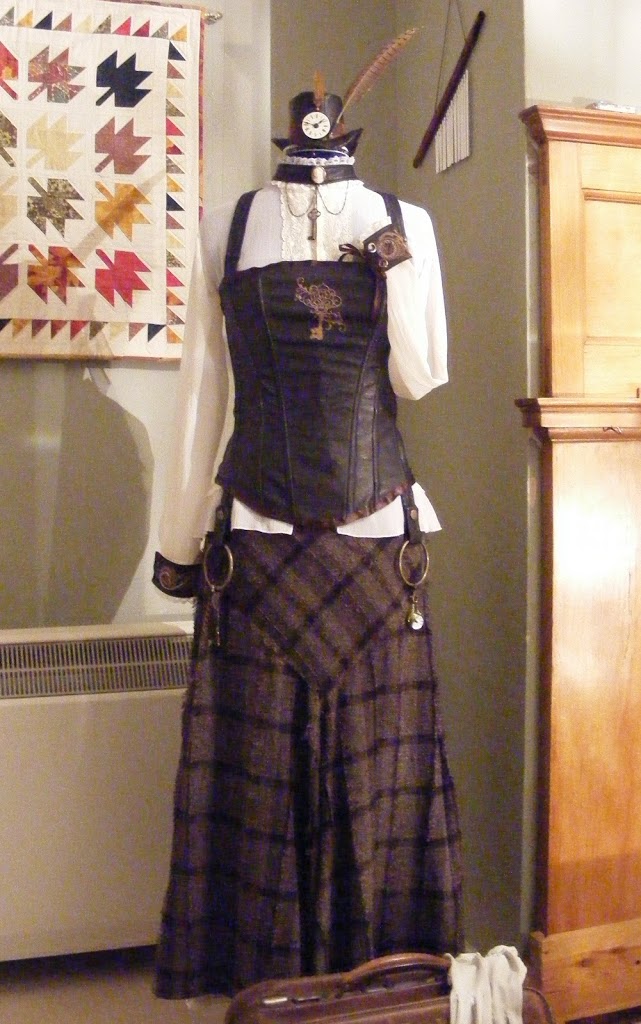 How to make a Steampunk Style Corset

I used an existing corset I have as a template to cut out the faux leather pieces, but I altered the pieces so the style was different. It is hand embroidered on the front and back using print outs of embroidery patterns I found online (Google image steampunk embroidery – lots to choose from!).

The boning from the corset was the plastic boning from some of my daughter’s princess dresses (charity shop finds) and she hasn’t yet noticed they are gone – phew! Sometime in the future I would love to make a real corset using a bask and proper boning.

All the straps are detachable as they are held on with buttons/buttonholes. The straps at the thighs hold a chain (salvaged from a charity shop belt) on the right-hand side with two old keys (one from the pantry door in a house I used to live in and one from an old wardrobe, long since demolished and tossed on the village bonfire). The left-hand strap holds a working clock I bought for myself while waiting for a flight in an airport in Birmingham last summer. It has Roman numerals on the clockface and a clear back so you can see the workings. I positively love it. 🙂

How to make a Steampunk Style Choker & Cuffs

The cameo is a genuine cameo brought back to Canada from Venice by a boyfriend a very long time ago. The chain used to belong to the clock at the hip which I dismantled. The key was given to me by a Canadian friend before I immigrated to Scotland – she said it was a talisman and “the wearer shall know the truth”. Lace was sewn into the top and bottom and it fastens using a corset fastening with suede in the back.

Shortly after finishing this costume I found out there was a private Steampunk party being hosted in a nearby town. I managed to get myself an invitation and was so pleased to be able to wear my own designs out in public. 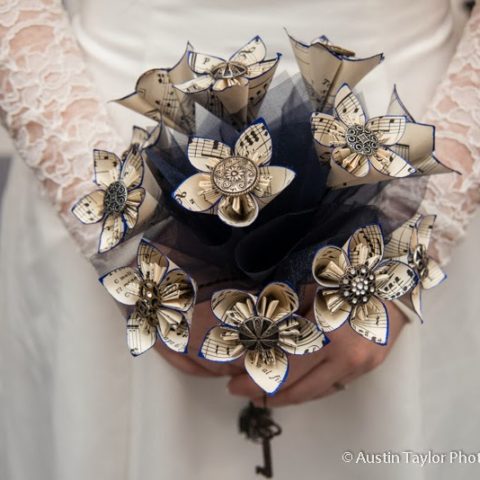 We had a Steampunk inspired wedding - this is how I made my wedding bouquet. 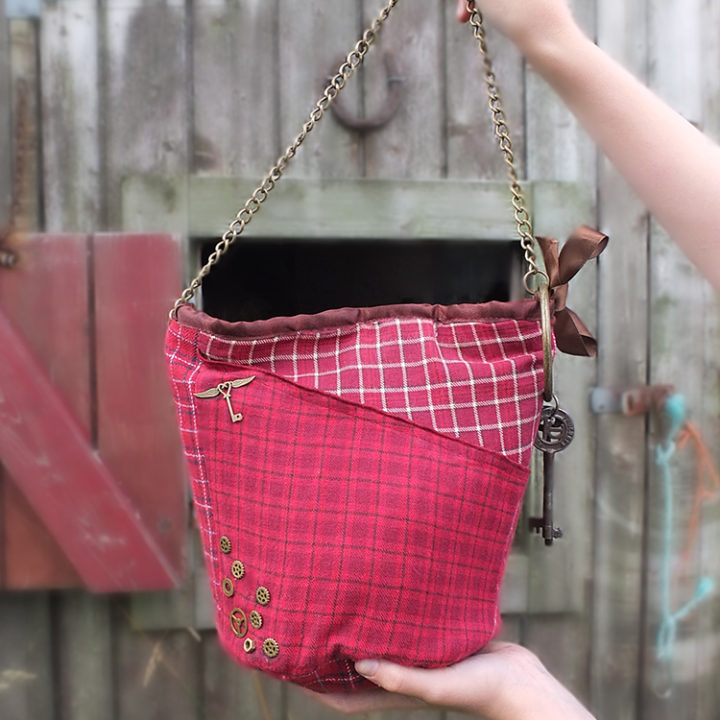 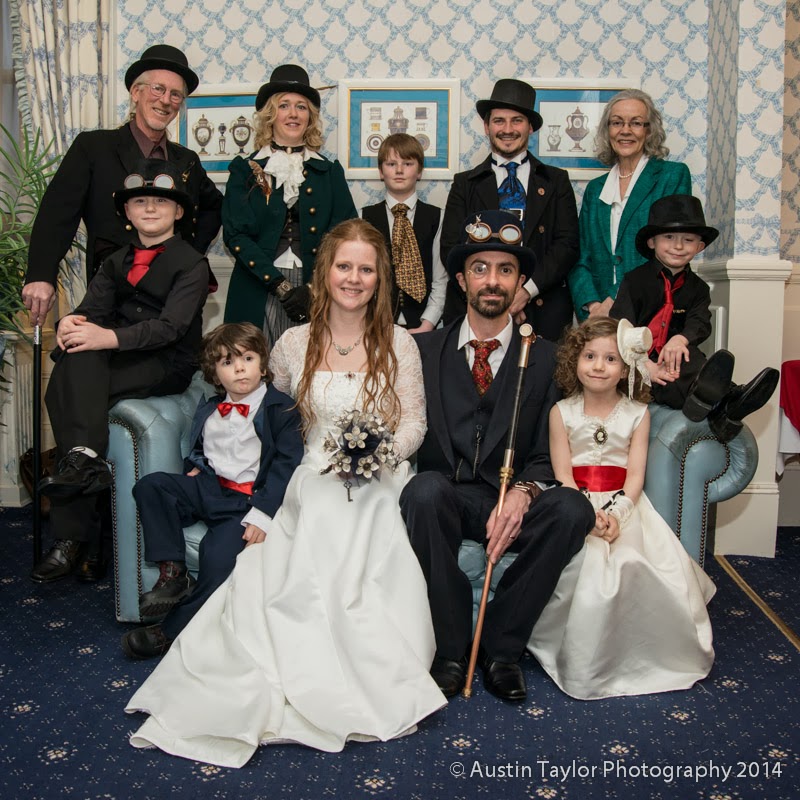 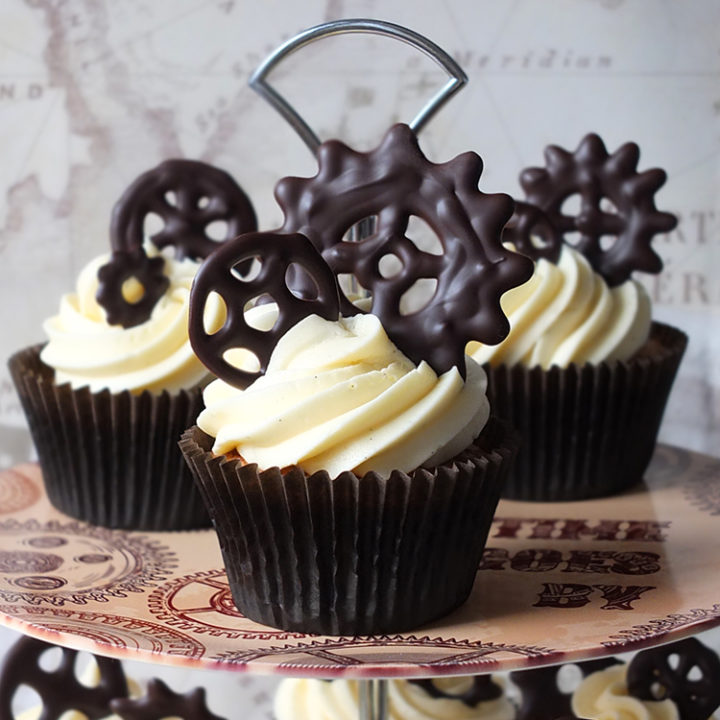 An easy, but impressive, cupcake recipe perfect for a Steampunk style afternoon tea!