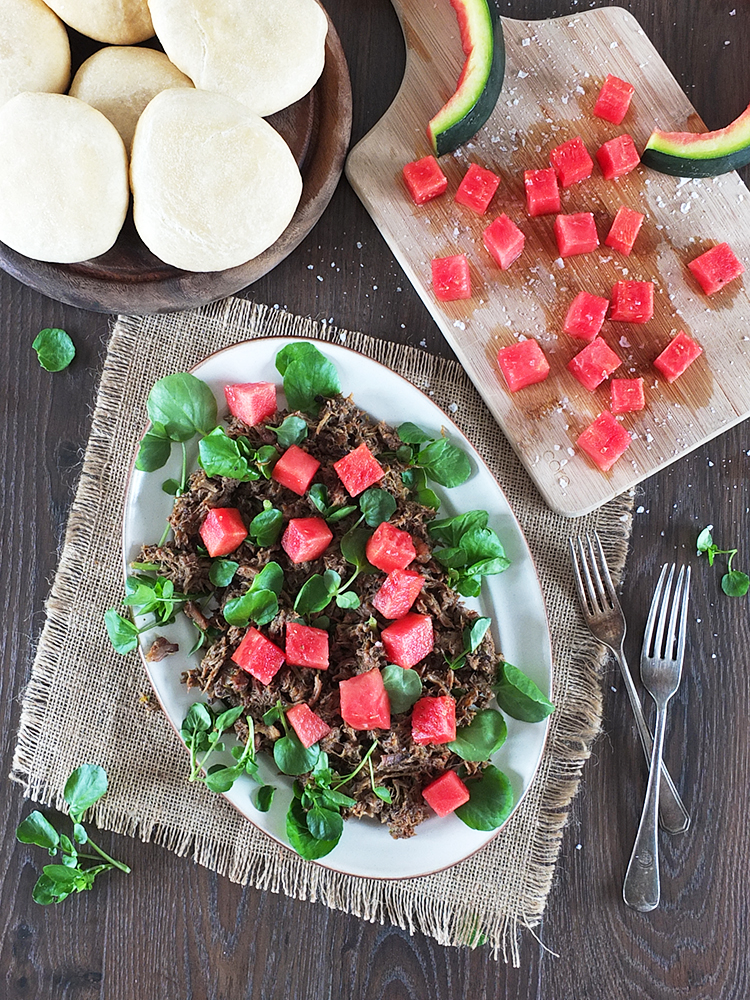 In collaboration with Aruba Tourism.

I love trying new cuisines from around the world. There are so many different ways to combine herbs and spices with fruits, vegetables, fish, meats and grains, and I love learning about new techniques and flavour combinations.

I was recently sent a food hamper filled with delicious Caribbean treats from Aruba Tourism, much to the delight of myself and my children who love going through and taste testing hampers of new and interesting foodstuffs from around the world.

Hands up, who else started singing the Beach Boys song Kokomo when they read the word Aruba above?

Hands up, who else didn’t know Aruba was actually a place? Maybe that was just me and my appalling geographical ignorance.

Aruba is a small island, not that much bigger than the island of Unst, located in the Caribbean Sea just north of Venezuela (below the letter N in Caribbean Sea on the map above). It belongs to the Kingdom of the Netherlands and a Dutch influence is apparent with its cuisine.

Oh look, there’s Nassau! That’s where that island is! (Top left hand corner of the map). I am ashamed to say I only know of that island because of the tv show Black Sails…. 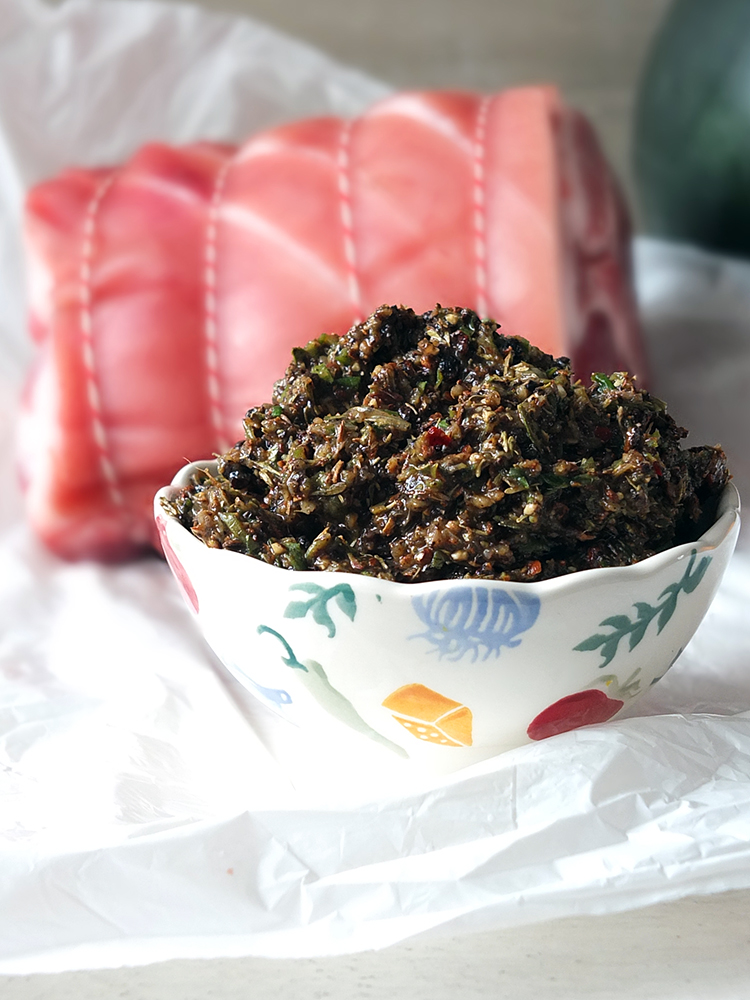 I just happened to have all of the ingredients on hand for her jerk marinade, and her jerk pulled pork with watermelon salad sounded utterly divine, so I made this for a late lunch for my husband and I one day. I adapted the recipe slightly in that I used my trusty slow cooker, meaning I could set the pork to cook and then head out into the sun for a morning of cycling. Win-win!

The jerk marinade, one of the Caribbean’s most popular flavours, is a combination of delicious herbs and spices, with the prominent flavour coming from the allspice berries. The original recipe called for a Scotch bonnet pepper which I replaced with some fiery variety from my local veg box grower that I dried last season. The heat from the spice mixture with the succulence of the slow cooked pulled pork and the salty watermelon cubes – it’s a flavour combination that totally works. 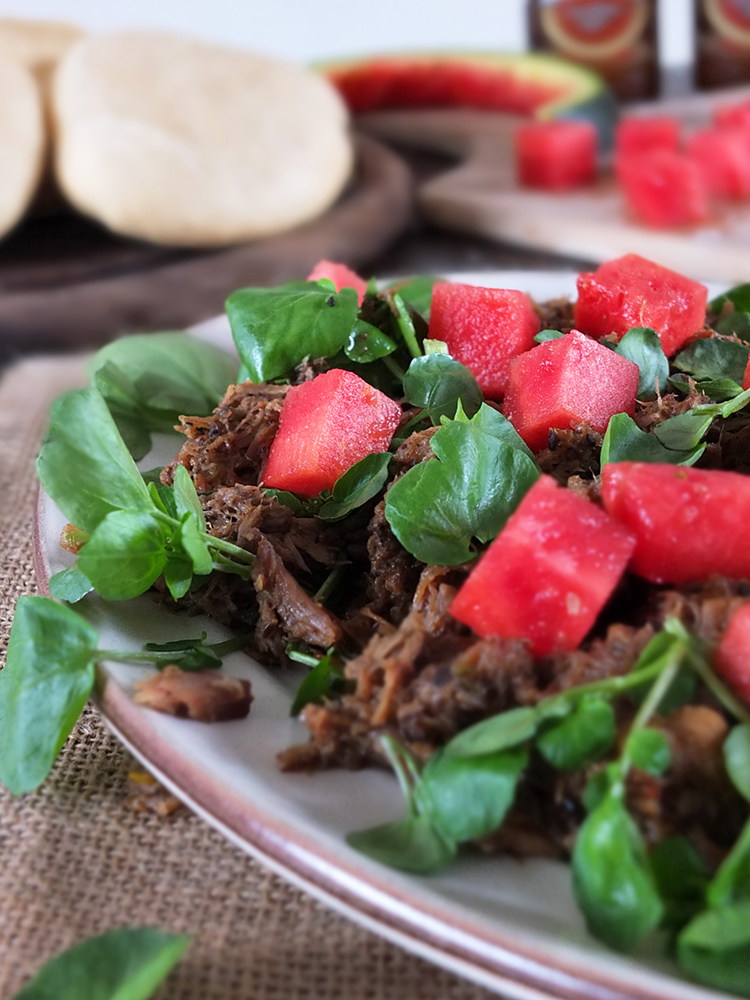 I served the jerk pulled pork and watermelon salad with some fried bakes (another recipe in the book) and although I didn’t read the recipe properly and I under-cooked them slightly, they were still a rather fantastic accompaniment, especially when served with some genuine ice cold Caribbean lager.

I froze the remainders of the pulled pork into individual servings for later quick meals. I’m looking forward to reheating them on the BBQ when the summer sun shines!

Aruba Tourism currently have a fantastic competition on where you could win a luxury holiday to Aruba! To celebrate Aruba’s Eat Local – Restaurant Week this October they’re giving you the chance to win a luxury holiday to their One Happy Island. All you need to do to enter is visit their Facebook page and simply select the Aruban restaurant you’d most like to dine at and then fill in your details!

In the meantime, here’s a little taste of Caribbean cuisine for you! You could always replace the home made jerk seasoning with a few heaped tablespoonfuls of a shop bought variety, but if you only try one thing from this recipe you have to try the sea salted watermelon cubes. Gorgeous! 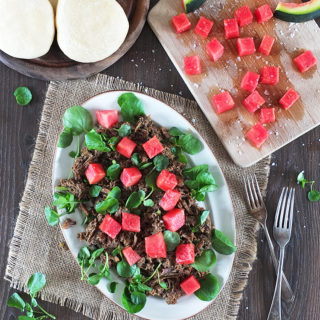 for the jerk marinade

for the pulled pork

for the jerk marinade

for the pulled pork

Recipe adapted from one found in Caribbean Modern: Recipes from the Rum Islands (2015) by Shivri Ramoutar.

Elizabeth’s Kitchen Diary was sent a hamper of Caribbean food in exchange for her time creating this post. This is not a paid post and all thoughts and opinions expressed are our own.