A recipe by Ren Behan from her book Wild Honey & Rye. 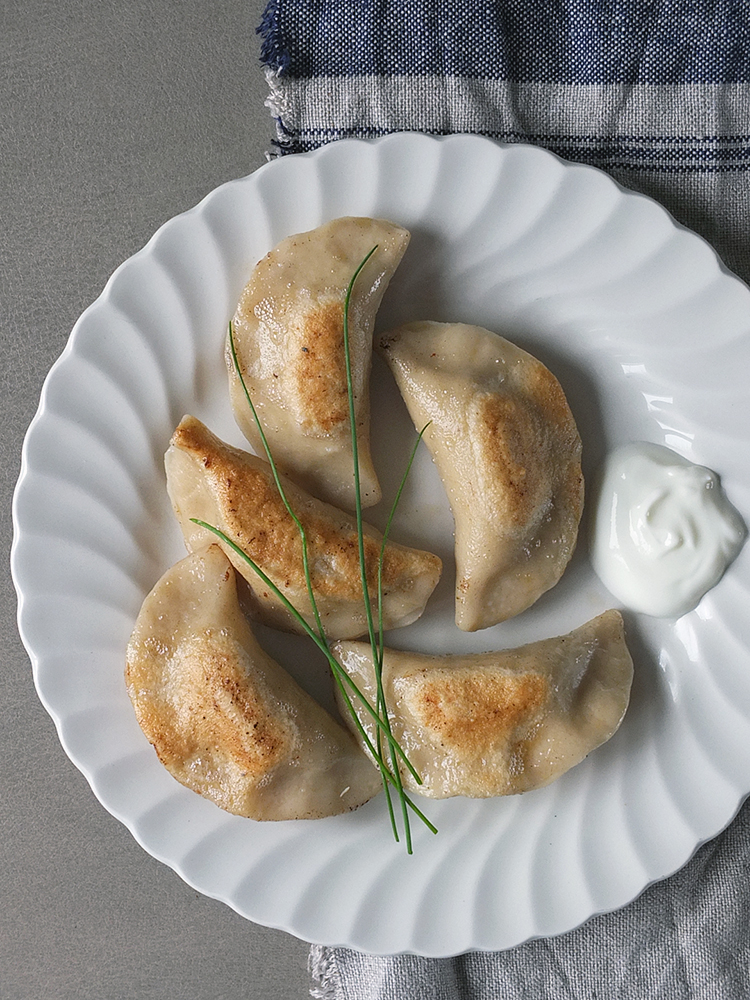 Pierogi were the first Polish food I ever tasted. I was living in an apartment building shared with a few flatmates back in Halifax, Nova Scotia, when I discovered a fairly inexpensive bag of cheese and onion dumplings in the freezer section our local supermarket.

These dumplings became my number one go-to budget recipe; something quick and easy to make after a long day at work. Simply pop a few of them in a pan of simmering water, wait for them to float to the top, drain and then gently fry in a bit of butter so that they crisp up and turn golden. Serve with soured cream. Perfection.

That was until I discovered how much better homemade pierogi tasted, and how remarkably simple and therapeutic they are to make.

I’ve had a rather fantastic lazy Sunday today, plinking away at my blog (for fun) in between preparing a batch of pierogi with cheese and potatoes for dinner. The recipe comes from Wild Honey & Rye, the debut cookery book from British food writer Ren Behan. 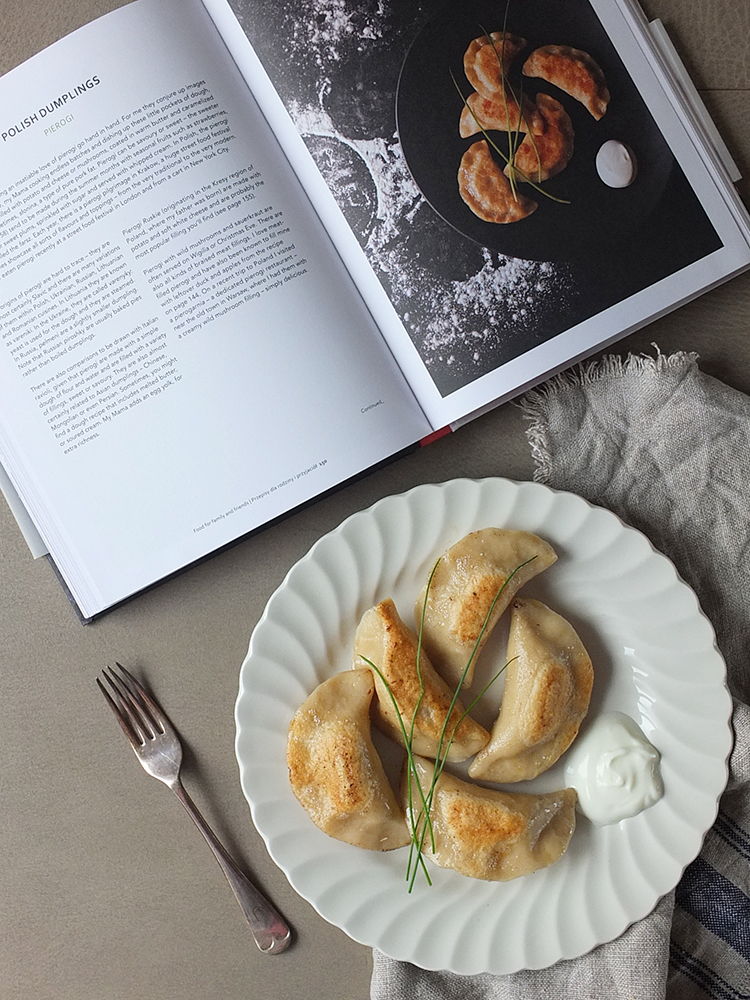 You can read my full review of her utterly gorgeous cookery book here, but I also wanted to share one of her recipes with you (with permission, of course!) – her authentic recipe for Polish pierogi with cheese and potatoes. Usually, when I make my own pierogi, I use potatoes and cheddar cheese, but this time, following Ren’s instructions, I used Polish twaróg, a curd cheese Shetlanders can find in the Polish chilled food section of our local Tesco for approximately £1.25. 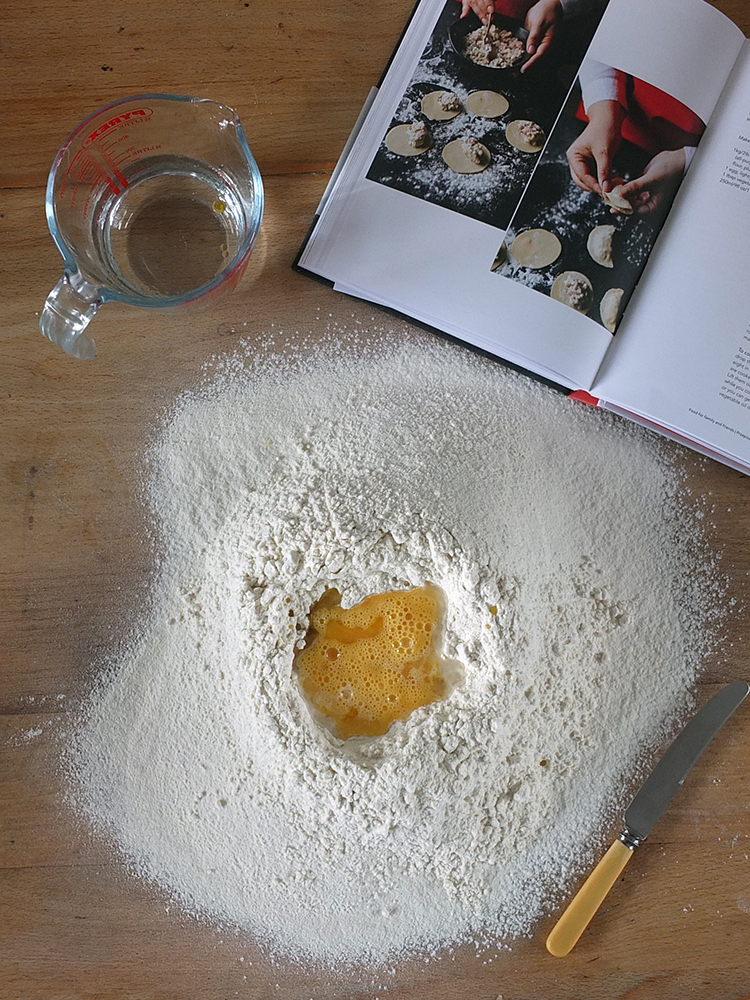 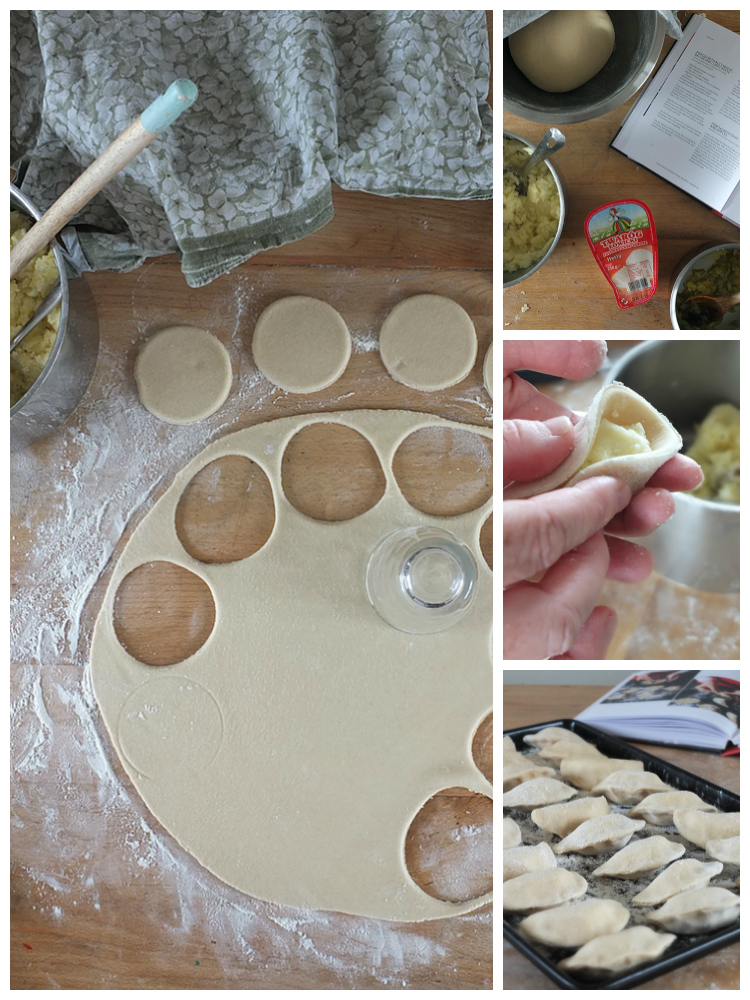 Unlike my usual (totally unauthentic) pierogi recipe with dough made quickly in a food processor, Ren’s dough recipe is made with love, by hand, the proper way. In a purely symbolic food blogger love sort of way, I used the yellow-handled knife Ren herself gifted me in a not-so-secret Santa a group of us food bloggers participated in a few years ago to mix the dough. The grey piece of fabric with the blue stripe in the feature photo in this blog post was also in that Secret Santa gift, and I treasure it.

This dough recipe was such a pleasure to work with; soft and malleable it didn’t require any extra water to stick the sides of the dumplings together. Pinching was sufficient. Note, I did need more water than the recipe suggested to make the dough itself though, an additional 100 ml or so. 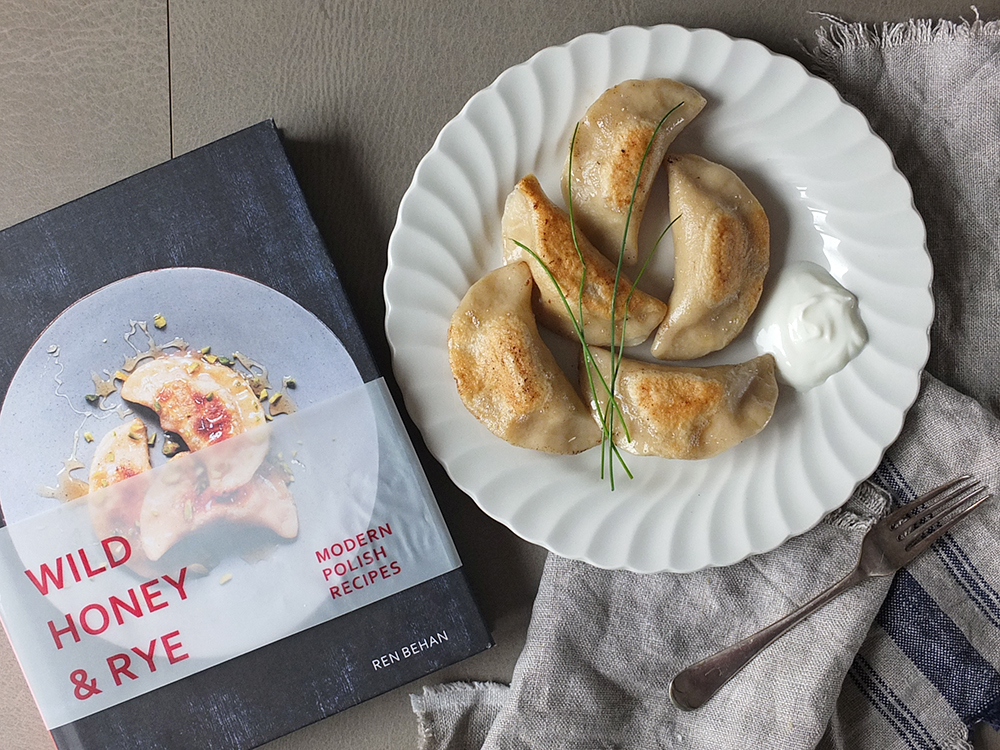 The filling, made with proper Polish cheese, was absolutely gorgeous. It’s not as strong flavoured as cheddar, but in all honesty, it’s much better. Served with a dollop of soured cream on the side they made for a rather lovely, leisurely, pottering about the kitchen in my pj’s Sunday lunch.

Ren’s book provides several other fillings for pierogi: buckwheat, bacon and curd cheese; mushrooms and cream; duck and apples and sauerkraut and wild mushrooms. I plan on experimenting with all of them.

Ren’s recipe makes approximately 40 pierogi, and the great thing about them is that they can be frozen after quickly boiling them, and then cooked from frozen again for future meals. I plan on having mine with plenty of fried onions and bacon.

You can buy Ren’s book from all good booksellers for £20. It’s an essential cookery book for any culinary explorer, giving the reader a real-life glimpse into Polish food, detailing the culture, ingredients and family memories behind the recipes. 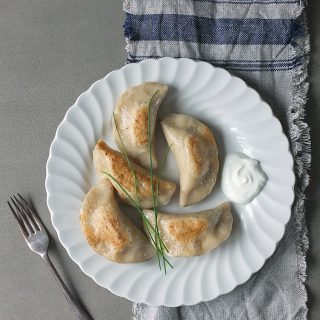 for the cheese and potato filling

OTHER RECIPES FROM WILD HONEY & RYE This is not a paid post. With thanks to Ren Behan and Pavilion Books for the review copy of Wild Honey & Rye.

#ad New recipe on the blog! My kids are absolutely