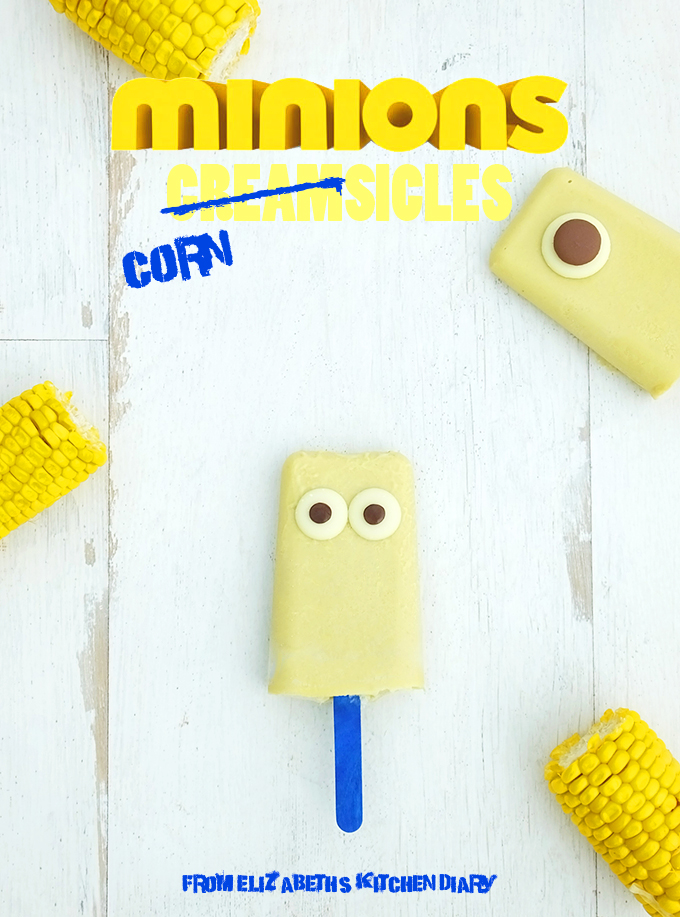 In collaboration with Green Giant.

Green Giant Sweetcorn is a perfect ingredient for family mealtimes: kids love the delicious, naturally sweet flavour, and it’s great to know you’re giving them something healthy and nutritious.

The Minions movie shares the adventures of Stuart, Bob and Kevin as they search for a new evil master to serve. It’s an epic journey – and we all know you can’t undertake an epic journey without enjoying some delicious, healthy food before you go.

They love fresh corn on the cob and cornbread, but as soon as I put tinned sweetcorn on their plates the complaints begin and I have to spend the entire mealtime nagging them to eat it. I’ve tried making it into different recipes – fritters, pasta with tuna and loads of cheese (the sweetcorn gets left at the bottom of the bowl) and even sweetcorn pudding served with ham. Nope. Not having it.

So how do I get my three children to eat some of the tinned sweetcorn I was sent to help me with this challenge? 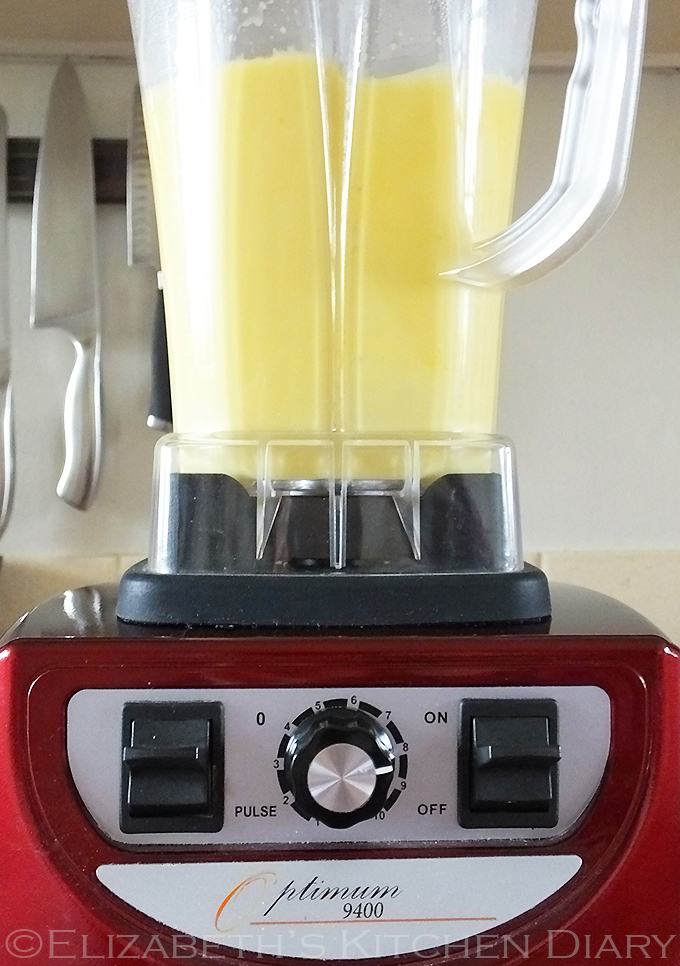 My super duper high speed power blender from Froothie can pulverise paving stones in seconds, so it should have no problem whizzing up sweetcorn until smooth (excuse the dust – that’s six months of builders being on site and being unable to keep up with the mess they make!).

Using a basic coconut milk vegan ice cream base I thought if I heated the sweetcorn up with the mixture as it thickened it would blend easier. I also added a banana because… well.. BANANA! After leaving the mixture to cool for several hours it was the consistency of custard, and deliciously sweet with a slight hint of sweetcorn.

The proof was in the eating.

Sticking some white and milk chocolate buttons on the front of the lollies for eyes, I told my three children that I’d made them Minions ice creams, and they each scoffed with delight (while I secretly giggled inside knowing they were eating sweetcorn). 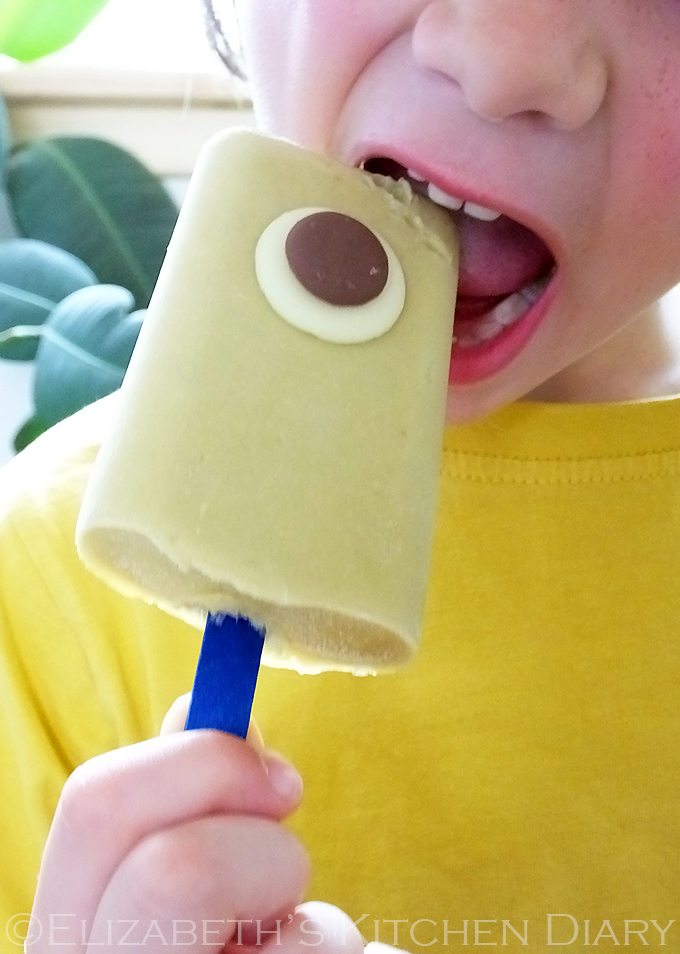 Our youngest, six, said: “When I’m a Dad I’m going to make the same thing as you, except instead of honey I will use golden syrup.”

Stuart, Bob and Kevin are searching for a new evil master to serve? Search no further – I’m a Mum who hides veggies in ice cream – you can’t get any more evil than that! Mwah-hah-ha!

You can see what other sweetcorn recipes bloggers have been making for their families by searching for #greengiantminions on Twitter. 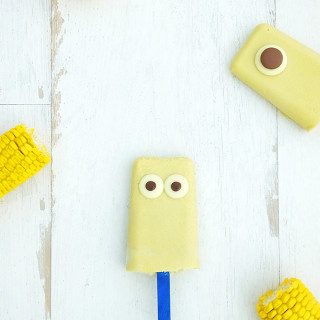 To make blue wooden popsicle sticks you can dye regular wooden ones with food dye and vinegar. Search online for tutorials. Regular coloured craft sticks are not food safe.

This post is my entry for the Tots 100/Green Giant Minion challenge. I received tins of sweetcorn and payment towards the cost of ingredients. All opinions expressed are our own.