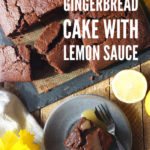 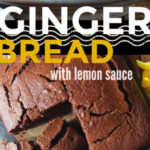 A rich, warmly spiced gingerbread cake recipe from my childhood. This remarkably light and fluffy cake is served with a generous spoonful of warm lemon sauce, the way they did in the village pot luck suppers I used to go to when I was a child. 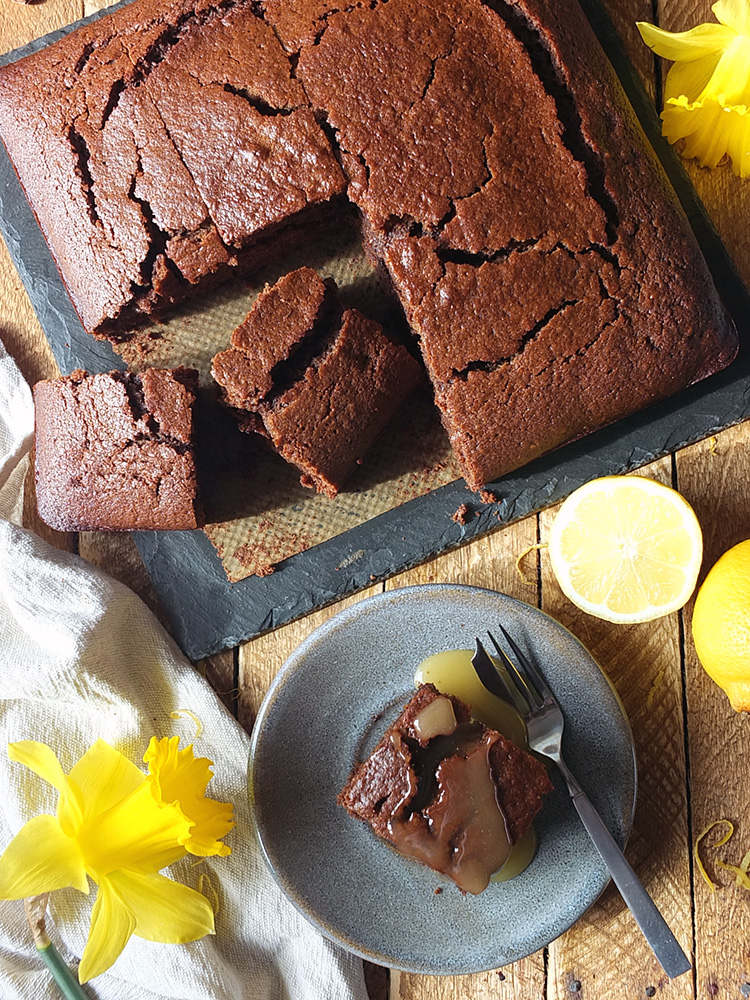 Thoughts on Mother’s Day and childhood

A mother and daughter are in the kitchen, sunlight streaming through the gingham curtains while blue jays and chickadees chirp outside the window. Chick-a-dee-dee-dee-dee-dee. The scents of rich, sugary molasses and the warmth of ginger and cinnamon waft through the kitchen. Parent and child laugh, cleaning up after a bonding baking session, the child licking the bowl clean while the mother does the washing up.

Mothering Sunday – a day of acknowledging and remembering our mothers, to cherish our childhood memories, and be thankful for all that our mothers did bringing us into and up in this world.

Giving birth is supposed to be one of the most magical, rewarding experiences a woman can have. For some, though, loving and nurturing one’s own offspring does not come naturally. 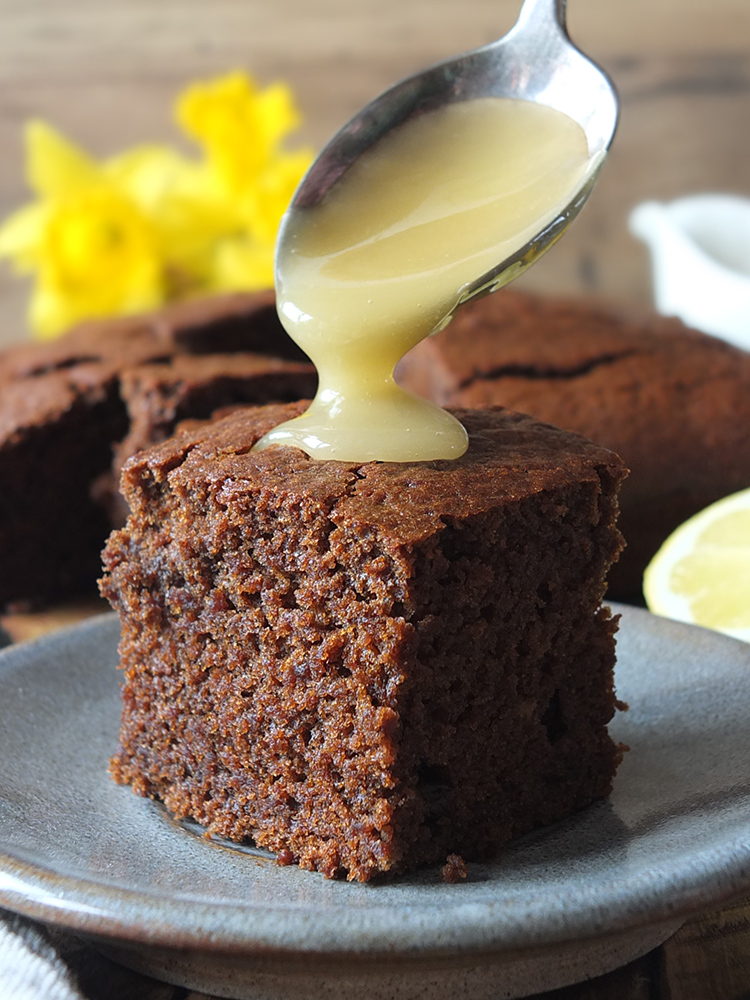 [cue: record scratching as the American-style nostalgia-inducing film music screeches to a halt]

Sunlight streamed through the window (was there gingham curtains? I can’t recall), the birds chirped outside and the scents certainly did waft through the kitchen, but the mother-figure is notably absent. She’s sitting alone in a darkened room upstairs crying, or silently angry about something that had happened at some point in the previous 35 years. Grudges were held onto as if one would cease to exist if they were simply let go. 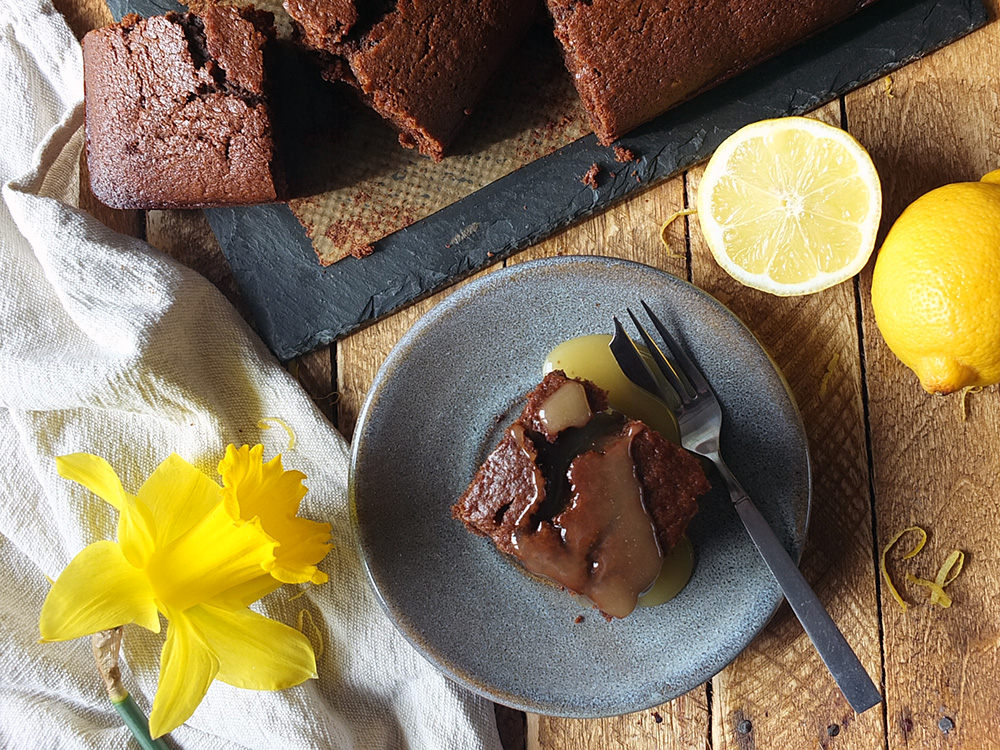 The gingerbread cake was made by the child, yes, and presented to the mother as a peace offering in the hopes of gaining the approval of a woman who, despite giving birth to two children, could not show love.

So the child stopped saying it.

That child was me. 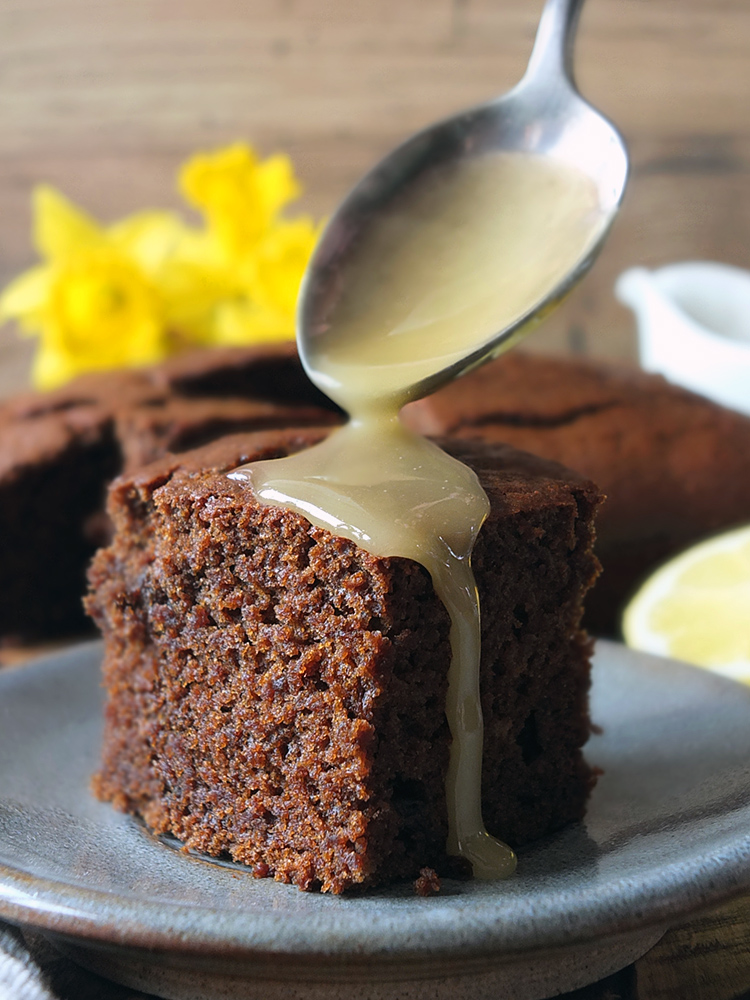 I was kicked out of my childhood home at aged 16 when I was legally old enough to be made homeless (I was a difficult child, you must understand). I’ve had to fend for myself since. Mother’s Day always invariably opens these old wounds, the longing for the nurturing childhood I never had.

It’s taken a lot of thought and trying to understand things over the years, but I bear no ill will now. We all have our own journeys to make through this short but precious life, and it’s a waste of time to hold onto grudges.

I learned how to use a dry spaghetti stick to check if a cake is done or not.

Most importantly, through the absence of love, I learned how to love my own children, and to let them know through hugs, kindness and thoughtful gestures as often as I possibly can. I likely shout at them more often than I should, don’t get me wrong, I’m not a perfect parent, but I do try, and my children do know they are loved (I asked the nearly 15-year-old this morning to make sure!). 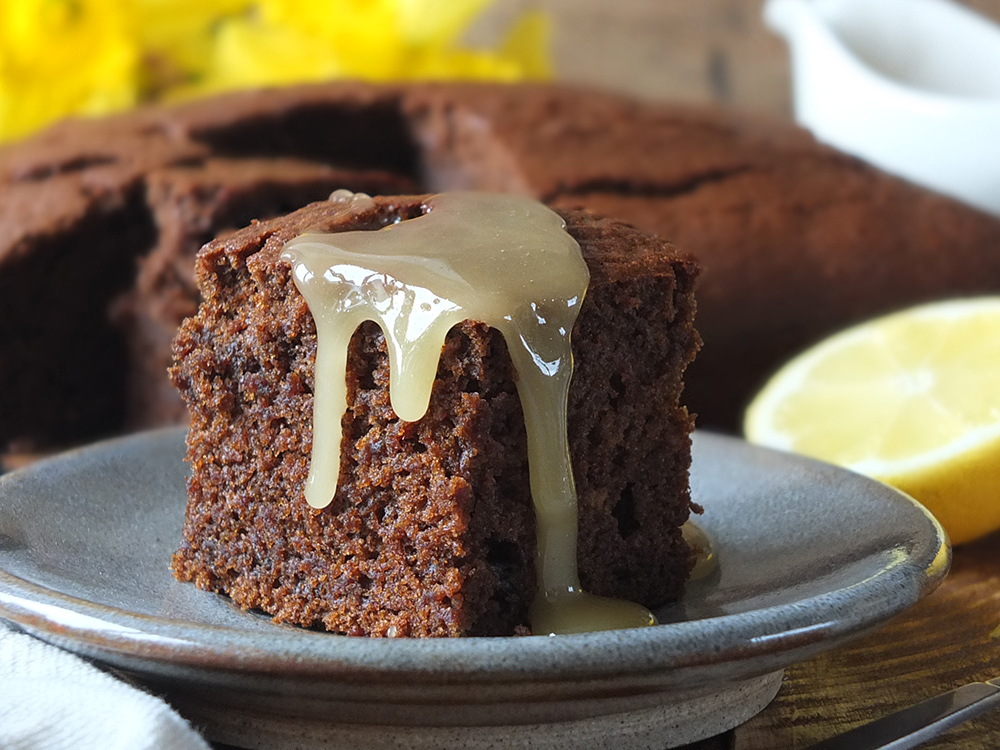 This gingerbread recipe is the first cake recipe I ever recall making. It was one of my firm favourites as a child, but not something I’ve ever made in my adulthood.

Well, that’s not completely true – after moving to the UK (where there is a decided lack of Crosby’s molasses!) I attempted this recipe using Lyle’s black treacle. Goodness me what a solid black lump it was! Inedible! So the recipe became forgotten in my notebook of handwritten recipes brought over from Canada.

Last year I discovered that equal proportions of golden syrup and treacle are a perfect Crosby’s molasses substitute (do check out my old fashioned soft molasses cookies recipe!), and so I decided to try it with this gingerbread recipe. 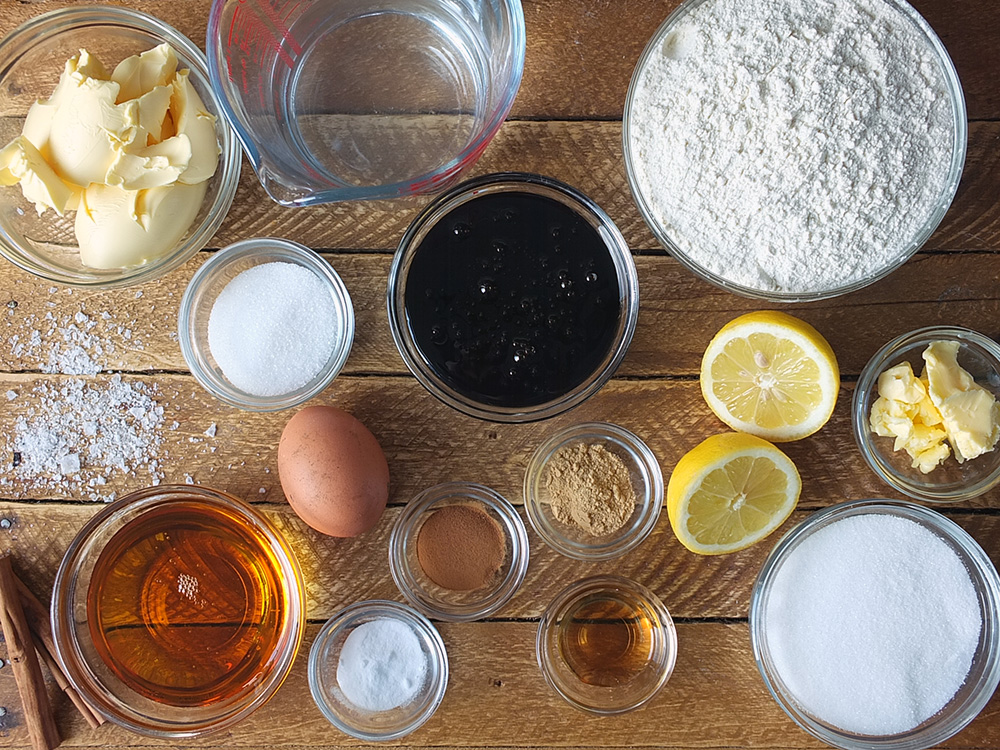 Ingredients you need to make gingerbread cake with lemon sauce 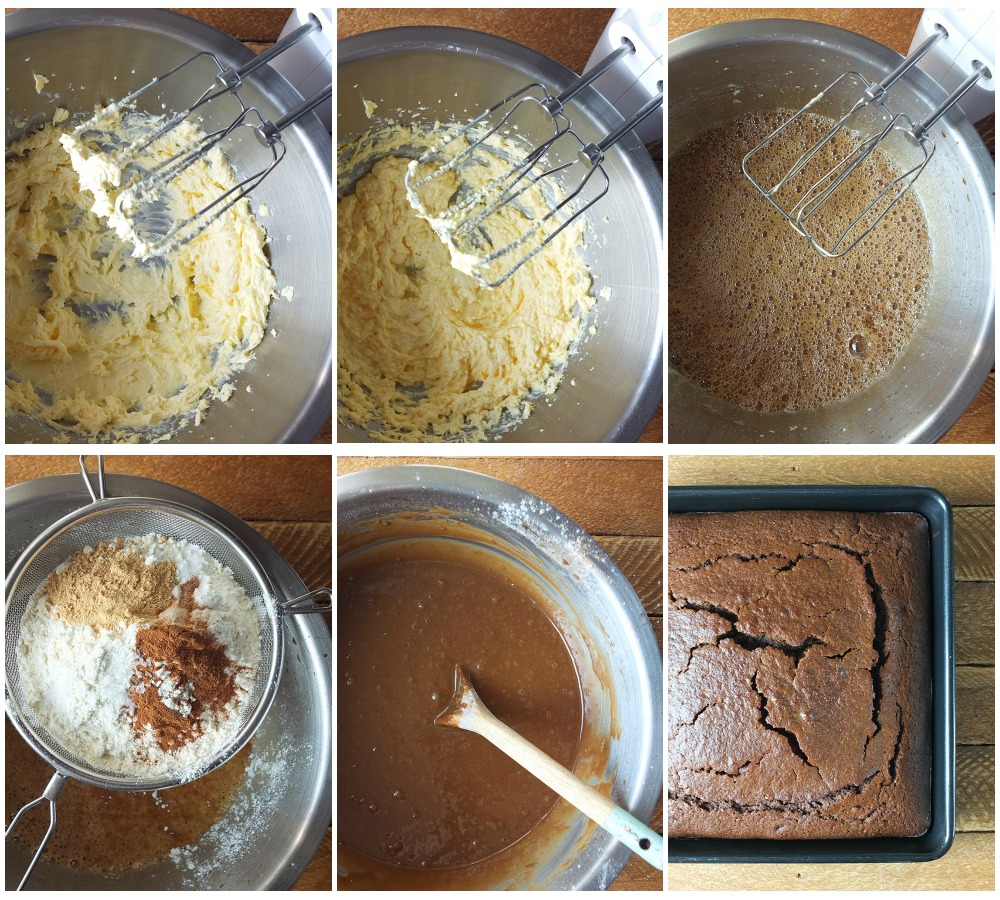 How to make this easy gingerbread cake recipe

To prepare the lemon sauce, simply combine the sugar, butter and lemon juice in a small saucepan and bring to the boil over a medium-high heat.

Turn the heat down and simmer, stirring constantly for five minutes, until the sauce thickens.

Remove from heat and add the vanilla.  Serve over slices of warm gingerbread cake.

This cake was unbelievably fluffy and moist, which I didn’t expect of something rich and dark like gingerbread! And the lemon sauce was a lovely tart counterpoint to the molasses. Thank you for sharing this with the

I honestly don’t know where the original recipe came from, but I’ve included both the original and my UK adapted version for your perusal. The lemon sauce is something we never had at home, but rather, during village gatherings, pot luck dinners and whatnot, gingerbread with lemon sauce was something usually on the menu.

The tart lemon really compliments the rich cake. Do try it – it really does work!

How many Weight Watchers Point is in this recipe?

There are 12 Smart Points per serving of this recipe. 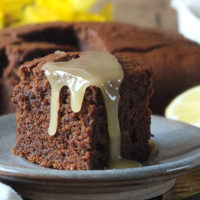 A rich, warmly spiced gingerbread cake recipe from my childhood. This remarkably light and fluffy cake is served with a generous spoonful of warm lemon sauce, the way they did in the village pot luck suppers I used to go to when I was a child.
5 from 1 vote
Print Pin Rate
Course: Dessert
Cuisine: American
Prep Time: 15 minutes
Cook Time: 35 minutes
Total Time: 50 minutes
Servings: 16 servings
Calories: 267kcal
Author: Elizabeth

for the gingerbread cake

for the lemon sauce

Tips for reheating: this cake also tastes delicious cold, but if both the cake and sauce have cooled, spoon a bit of the sauce over a slice of cake and microwave for 15-20 seconds. Tips for using Crosby's Molasses: replace the black treacle and golden syrup in this recipe for one cup of Crosby's molasses. Can I replace the butter with shortening? This recipe was originally made with Crisco shortening, but I prefer the taste of butter.  Weight Watchers Points in this recipe: there are 12 Smart Points per serving. 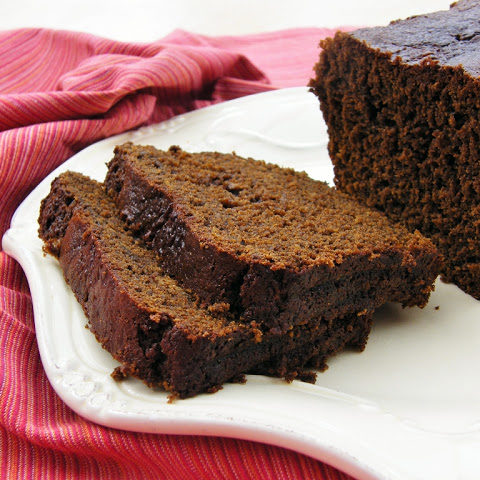 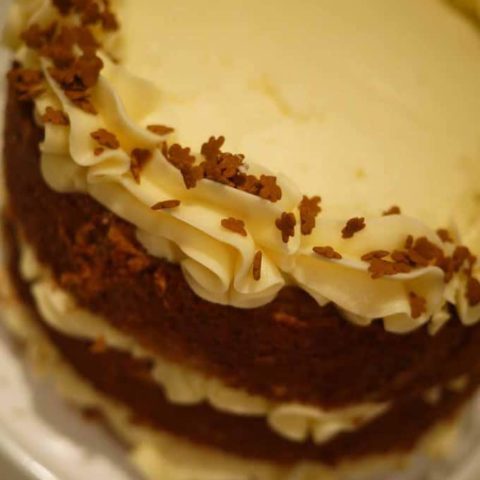 A beautiful layer cake for those coffee and/or gingerbread fans. 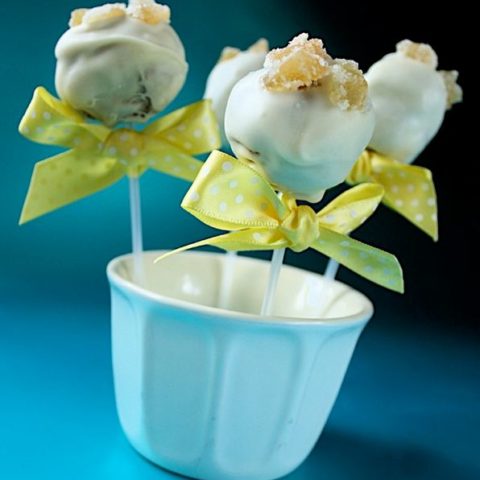 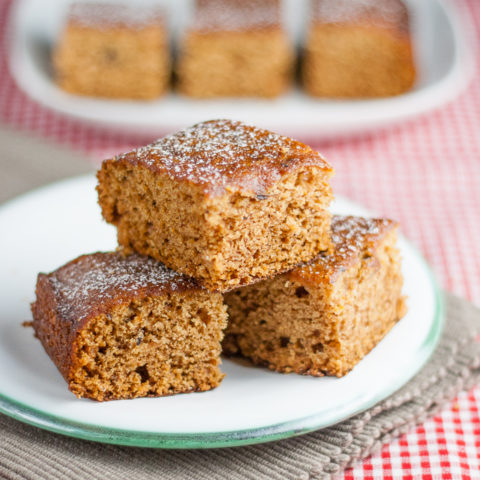 This one step vegan easy ginger cake recipe is sticky & intense as well as being egg free & diary free.