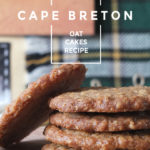 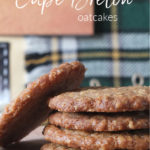 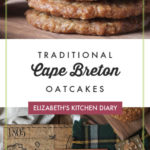 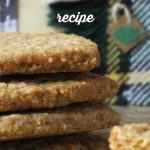 This deliciously crunchy, buttery oatcakes recipe is made in true Cape Breton style. Serve with plenty of butter, cheese, or jam and a cup of hot tea to dunk! This post also includes some of my Cape Breton genealogy as well as Amazon affiliate links. We earn from qualifying purchases, at no extra expense to you. 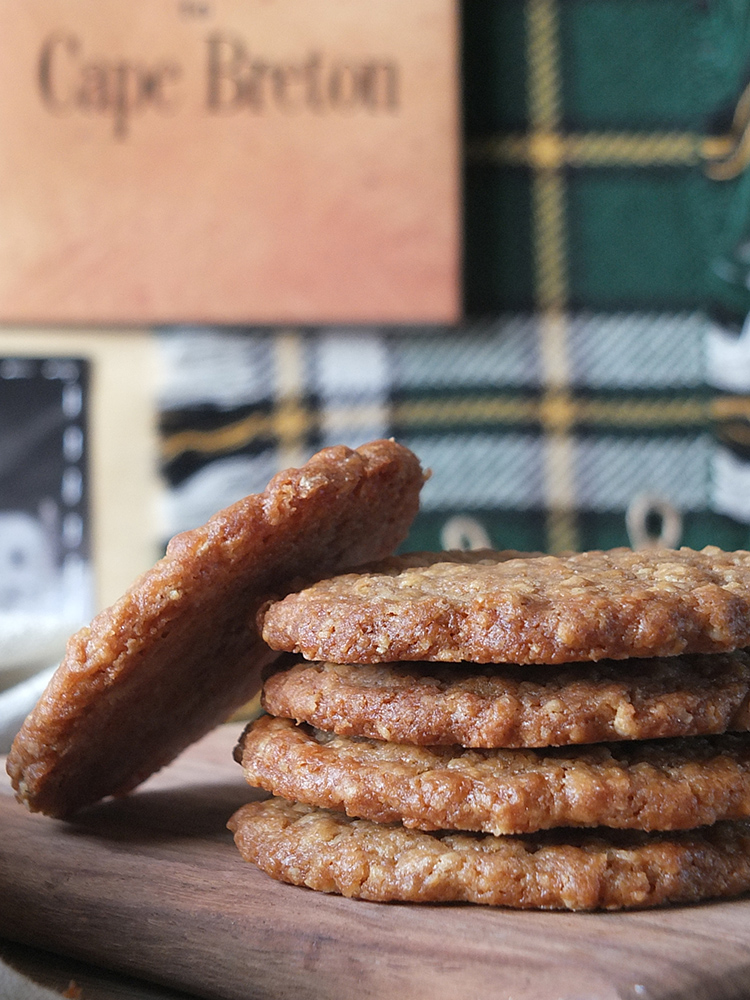 ‘The Scots’, observed G. Bisset-Smith in 1907, ‘are a notoriously migratory people’.

In the 19th century, nearly three-quarters of emigrant Scots (nearly 900,000 souls) crossed the Atlantic hoping for a better life in the Americas. Until 1847 more Scots went to Canada than anywhere else.

They also took with them recipes from their homeland; recipes which have been passed down generation to generation. This Cape Breton oatcakes recipe is one of them. 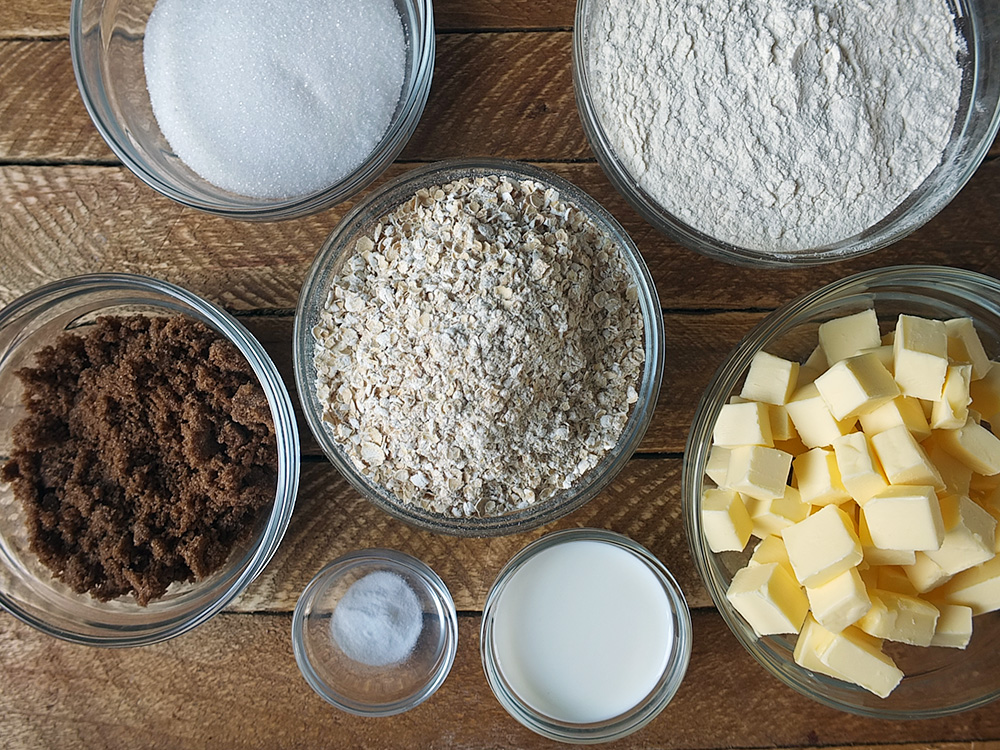 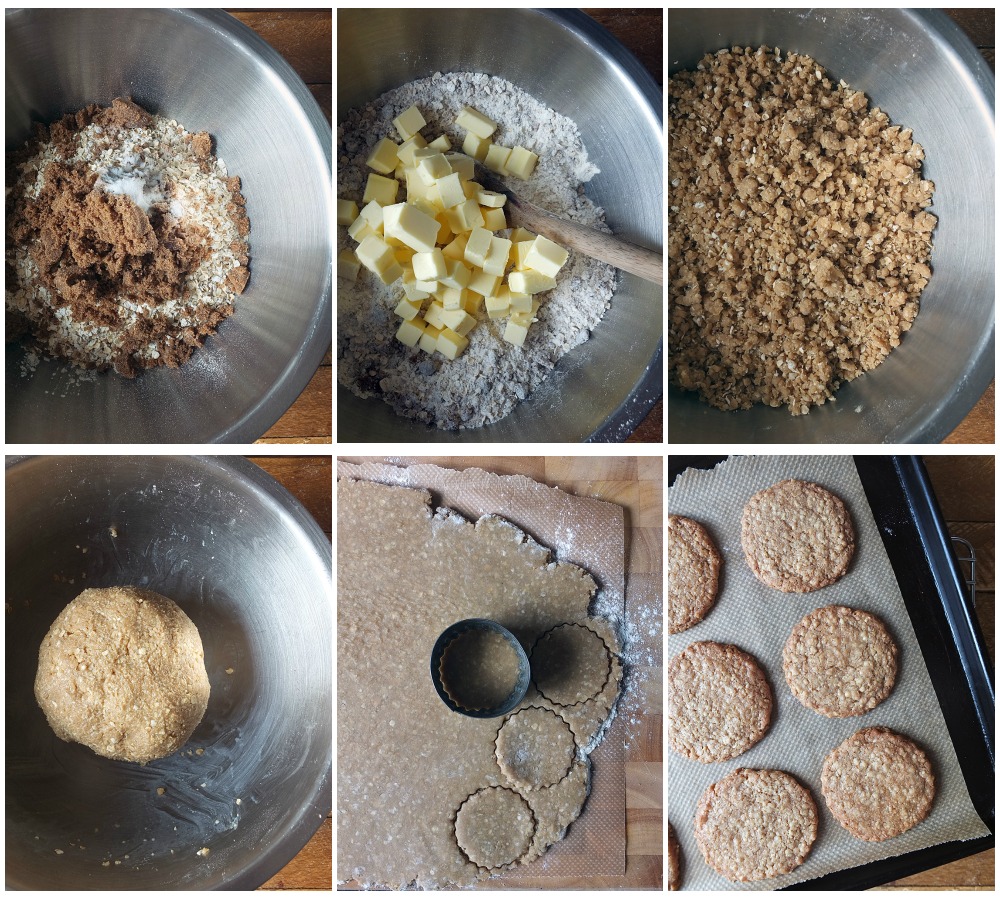 How to make Cape Breton oatcakes – Step by Step Instructions

One: place the porridge oats, flour, sugars and baking soda in a large bowl.

Two: stir and add the butter.

Three: rub the butter in with your fingertips until it resembles coarse breadcrumbs.

Four: stir in the milk. Form the dough into a ball.

Five: liberally dust your work surface with flour and roll the dough out to between 0.25 and 0.5-inch thickness. The dough is sticky so you might need to dust the top of the dough a few times with more flour as you roll. Cut into rounds using a cookie cutter, or use a knife and cut the dough into squares. Transfer to a baking sheet lined with baking paper.

Six: bake in a preheated 400 F/ 200 C/ 180 C fan oven for 10-15 minutes, checking after 10 minutes to make sure they’re not browning too fast. Transfer to a wire rack to cool completely and store in an airtight container.

How many Weight Watchers Points are in Cape Breton Oatcakes?

There are 7 Smart Points per serving in this recipe.

My family history involves quite a bit of travel back and forth across the big pond. Some years ago I went through a scrapbooking phase and I started researching and telling my family history story in a scrapbook. I made five pages, including a folded out handwritten in calligraphy family tree before the cost and time-consuming nature of scrapbooking got the better of me. The photos in this post are some of these pages.

My maternal lineage can be traced back to the Isle of Skye, where the baby Catherine McLeod, born in 1828, boarded a ship destined for Cape Breton Island along with her extended family, enduring an arduous 12-week ocean voyage to the new world.

It was in Cape Breton where Catherine grew up and married Angus McIntosh, whose parents had also immigrated from Scotland in an earlier wave of migration, and they had children of their own. Descendants of this marriage are joined by ‘home children’, children of the poor or orphans sent by British institutions to be raised in Canada.

In 1740 in Dorset, England, John Hatfield was born and, quite possibly, orphaned at a young age. He went on to become the famous Captain John Hatfield, Loyalist, an officer of the British Army who fought as Captain of the 3rd New Jersey Volunteers in the American Revolution.

Well, we all know how that story ended.

They lost the war and, facing exile, a convoy of 14 ships was loaded with 2000 Loyalists and their families in New York. Hatfield and his wife and three young children set sail in the Spring of 1783 from Staten Island on the Two Sisters –  destination – Nova Scotia (New Scotland) in Canada. 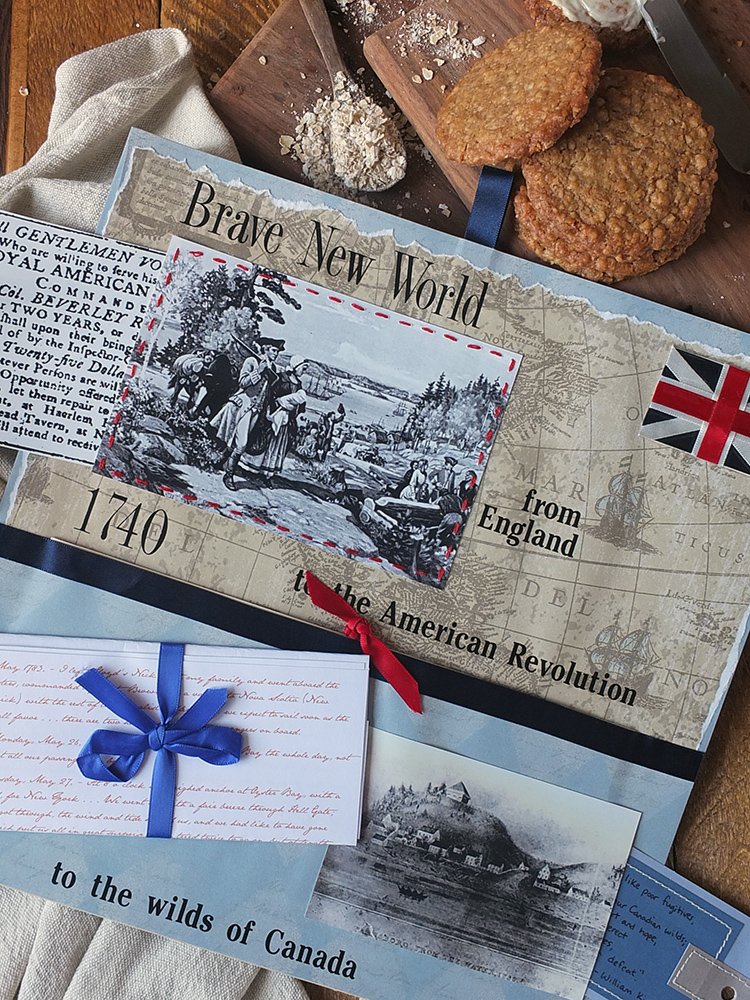 1945 England during WW2 to Cape Breton

My maternal grandfather was a military man and spent much of his working years travelling, including three years posted in Germany and, during the 2nd World War, a stint in England where he met my grandmother from Worthing, Sussex.

He brought her, as a young bride, back to Canada with him, as you do. 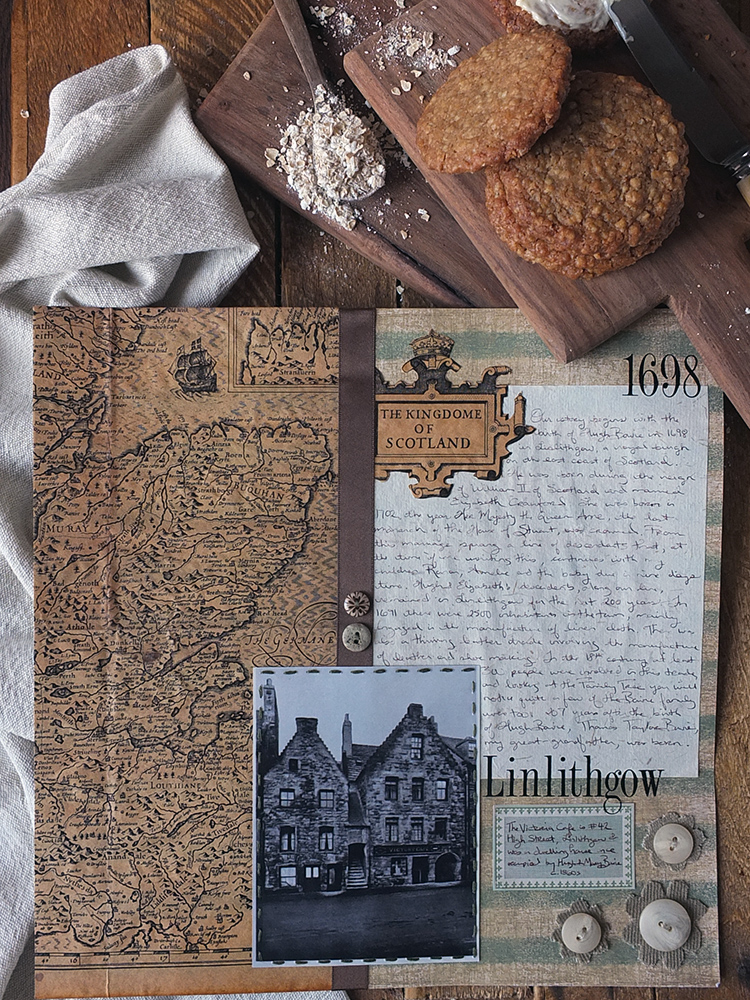 My paternal tree can only be traced as far back as 1698, and for seven generations nearly all the family members were born, and died, in or near Linlithgow, Scotland.

In 1953 my great-grandfather, sculptor Thomas Taylor Bowie, immigrated with his son to Ontario, Canada, sailing on Home Lines Atlantic. The rest of the family followed two years later on Cunard’s Franconia. 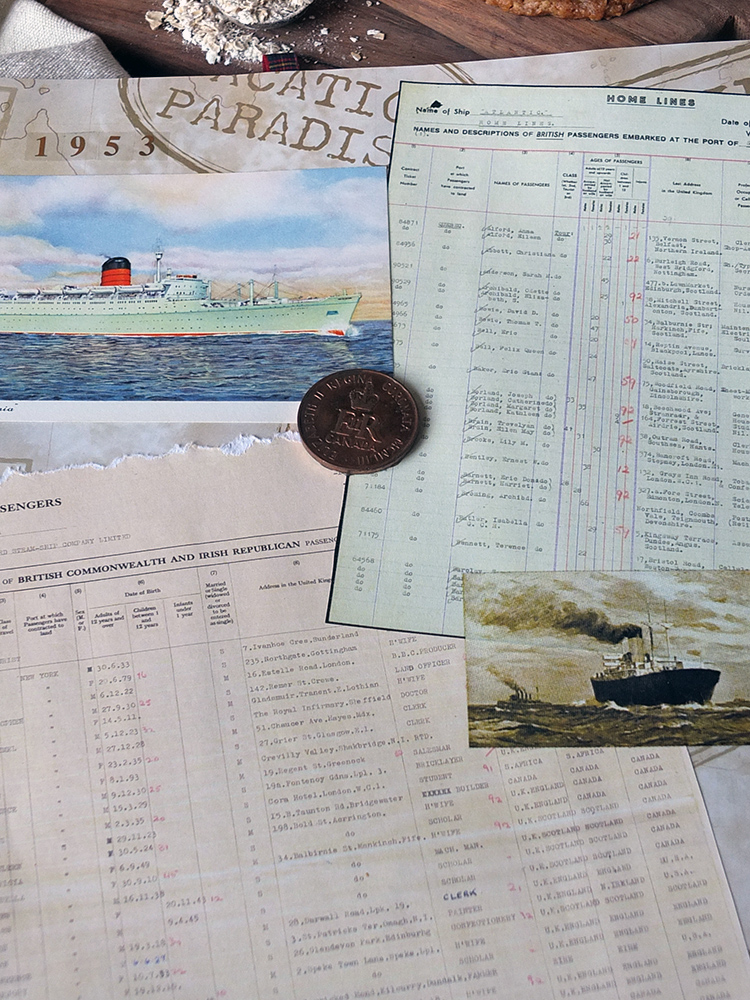 My father, too, was a military man and it was on CFB Chilliwack, British Columbia, on the west coast of Canada where he met my mother. I was born and three years later we moved back to Cape Breton Island where I spent the rest of my childhood and I grew up a Maritime girl.

1999 Wanderlust and Immigrating to Scotland

By the age of 21, I started feeling a wanderlust for the other side of the Atlantic. It took two months for me to get my UK Ancestry Entry Clearance Visa, meaning I could live and work in the UK for 4 years. It was remarkably easy to get – filling out a few forms and providing the appropriate documentation. The most difficult thing was getting my grandmother’s birth certificate from England. Given she had sadly passed away long before I was born, I never knew her and no one had any of her papers.

So it is here I find myself, on a wild, remote island archipelago in the North Atlantic, currently shrouded in a summer sea fog, with a family of my own which now includes genealogical branches into Sweden, Norway and Iraq.

I’m writing this, I’m eating oatcakes, and my passport with my Indefinite Leave to Remain Visa is stored safely for future travels. My children, with dual UK-Canadian nationality, are free to move where they like. I wonder if they will return to Canada one day. 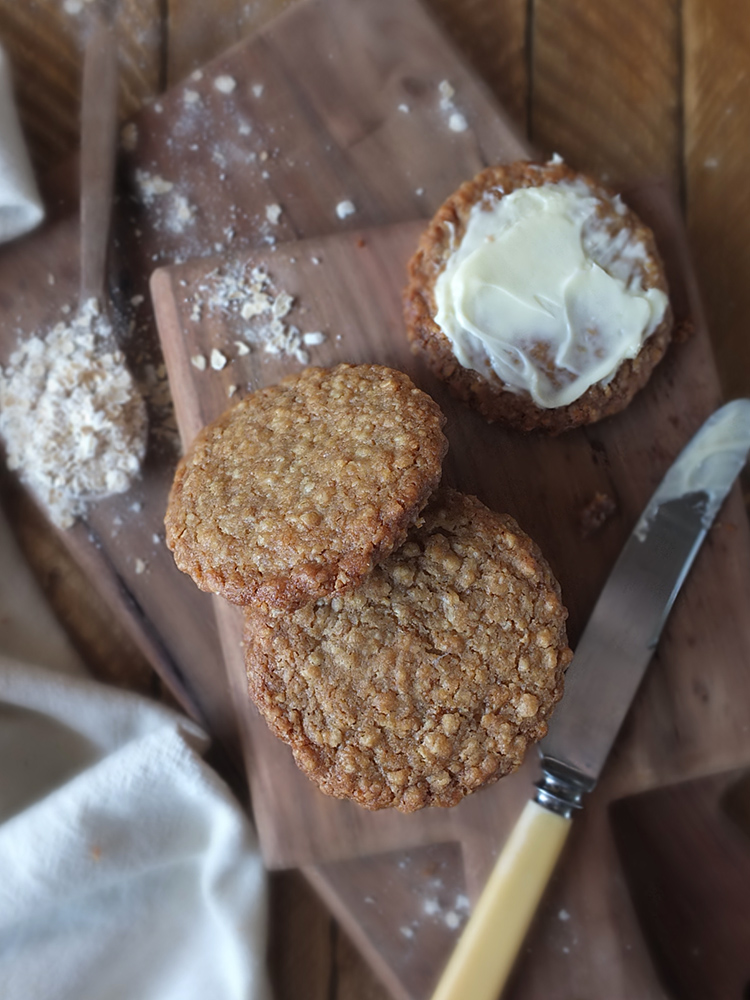 My first job, at the age of 14, was that of a tour guide at the old (by Canadian standards) Intercolonial Railway Museum in my rural village in Cape Breton. We had to show guests around the museum, demonstrate our Morse code skills with the telegraph machine and offer them snacks from the tea room – mainly tea and Cape Breton Oatcakes (and slices of defrosted creampies).

I didn’t bring a recipe for Cape Breton oatcakes with me when I moved back across the pond, but blogger Janine Kennedy, the author of Cooking with Craic, another ex-pat Cape Bretoner living on this side of the pond, did. This is her version of her grandmother’s recipe, but UK-ified using grams, and with my own little tweaks. 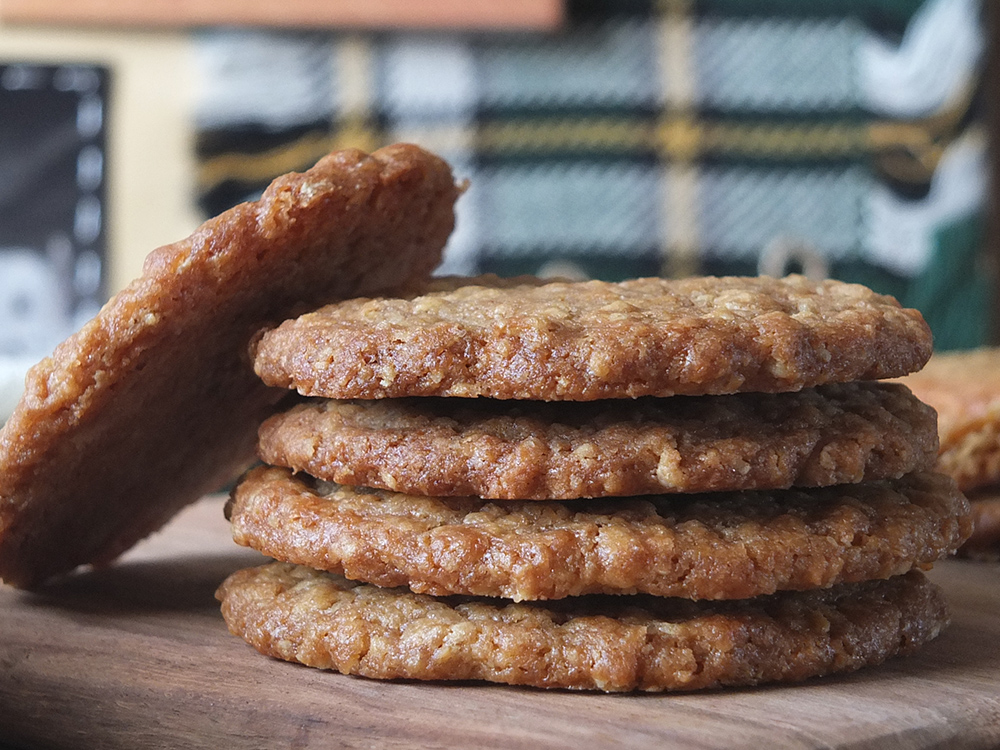 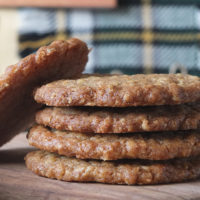 WEIGHT WATCHERS POINTS IN CAPE BRETON OATCAKES There are 7 Smart Points per serving in this recipe. 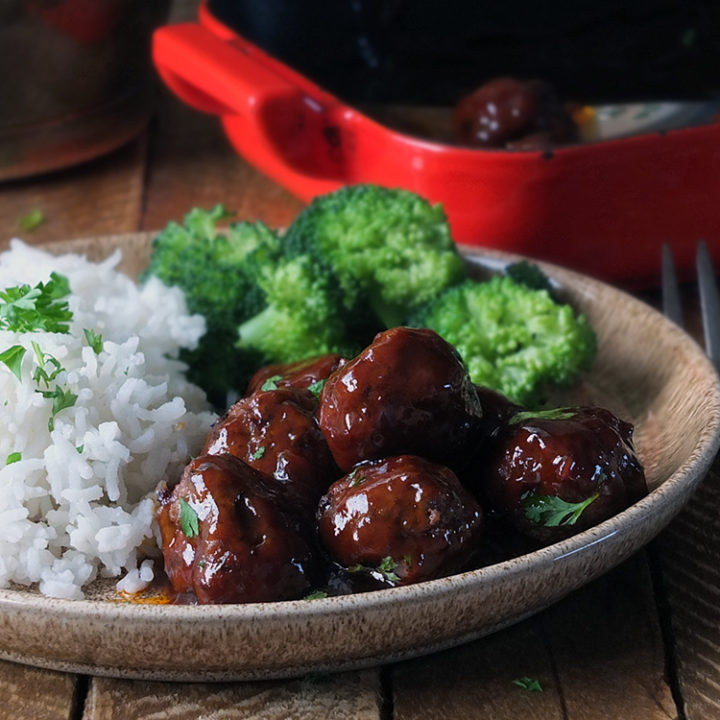 My grandmother used to make this for us every Christmas Eve. 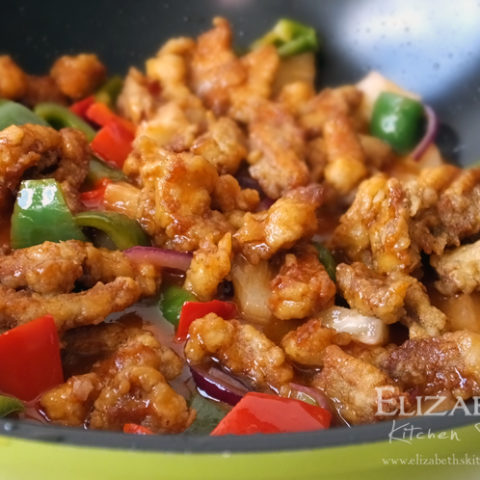 One of my favourite recipes from Cape Breton. 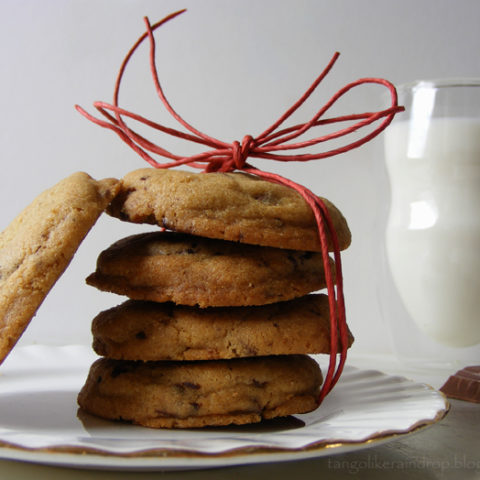 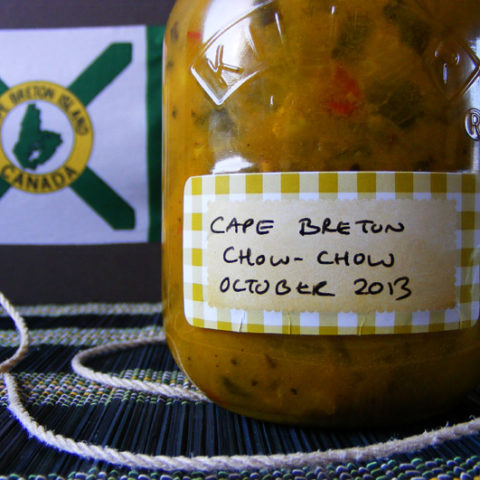 A pickle recipe my mother used to make. Reminds me of home. 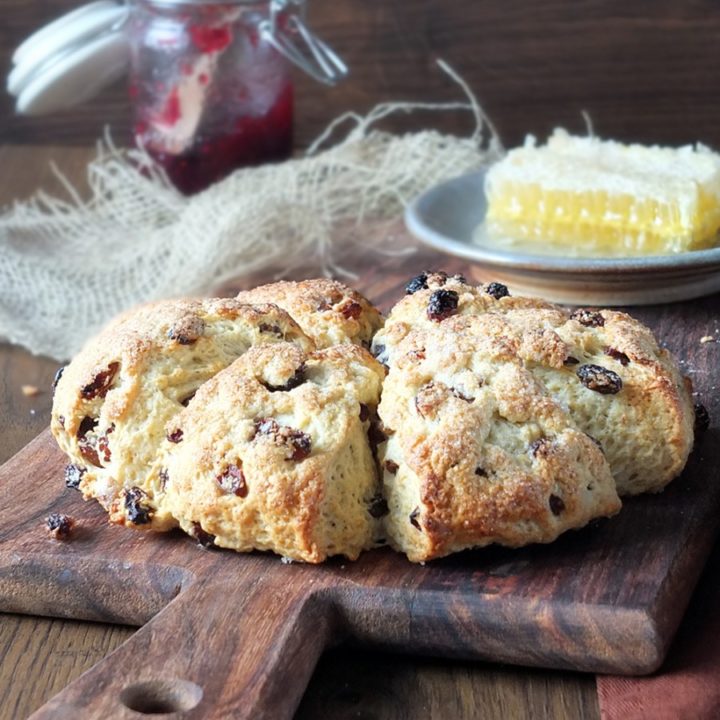 A recipe sent to me by my grandmother one Christmas.