In collaboration with The Balvenie. 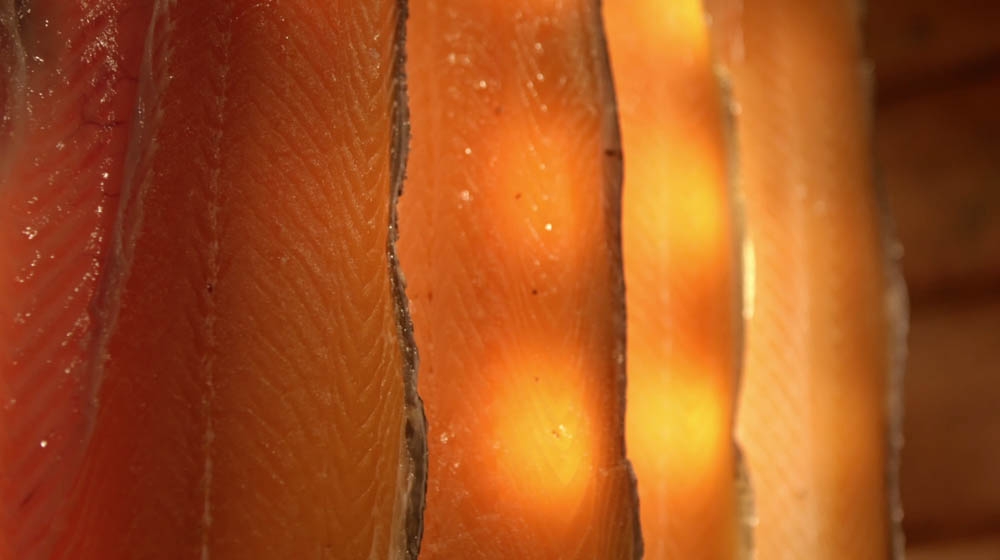 I confess that when I was a child I did not like fish. I went fishing, a lot, and I could out-fish any of the village boys with my trusty alder branch rod and fishing hook baited with a bit of hot dog, but when it came to actually eating them – no thanks.

It wasn’t until I became a mother for the first time that fish became a regular part of my diet. I would stop off at the local fishmongers and pick up a bit of white fish – I started with with the milder flavoured species: haddock, cod, monkfish, before moving onto the stronger flavoured fish like salmon, and now, as I’m older with a more refined palate – smoked salmon. I now eat a lot of smoked salmon!

The crystal clear waters of the North Sea are the ideal grounds for farming responsibly sourced salmon. I know, because where I live you regularly find salmon cages dotted throughout the voes and inlets. They are a common part of our landscape.

I know the fisherman who breed the salmon, I know the woman responsible for shipping up their feed, I know the fishmongers who sell them, I know the chefs who buy them from the market and serve them to their customers. It has been known, on occasion, for an entire salmon, fresh from the farm, to be hand delivered to my doorstep. 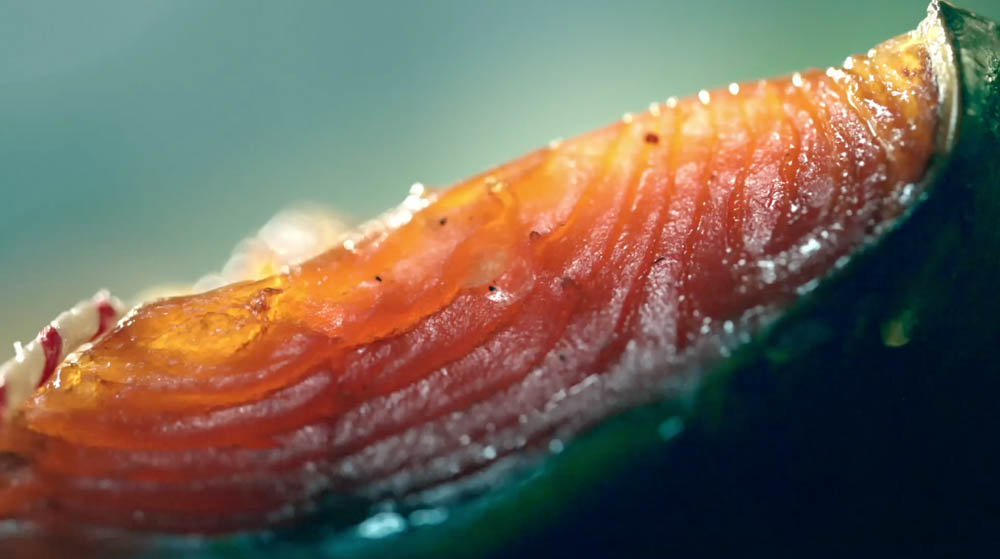 On the other side of the North Sea, nestled in one of the Norwegian fjords, you will find the salmon farm that provides the responsibly sourced salmon to the Hansen-Lyderson Smokery in North London. The family recipe used in this smokery dates back to 1923 and fishmonger Lyder-Nilsen Lydersen who used a subtle mixture of juniper and beech woods with great success.

Now, four generations later, Lyder-Nilsen’s great-grandson Ole Hansen continues to use the family recipe to produce smoked salmon the way his family has done it for 80 years. He is known as one of the world’s most prolific smoked salmon producers, and he regularly supplies the likes of The Dorchester in London and Paris’s Le Meurice with his products.

Hansen is also known for his rather unusual approach to smoking salmon: he plays them jazz music and sings to them in the belief that the flavour will be improved! Jazz infused smoked salmon, who would have thought?! 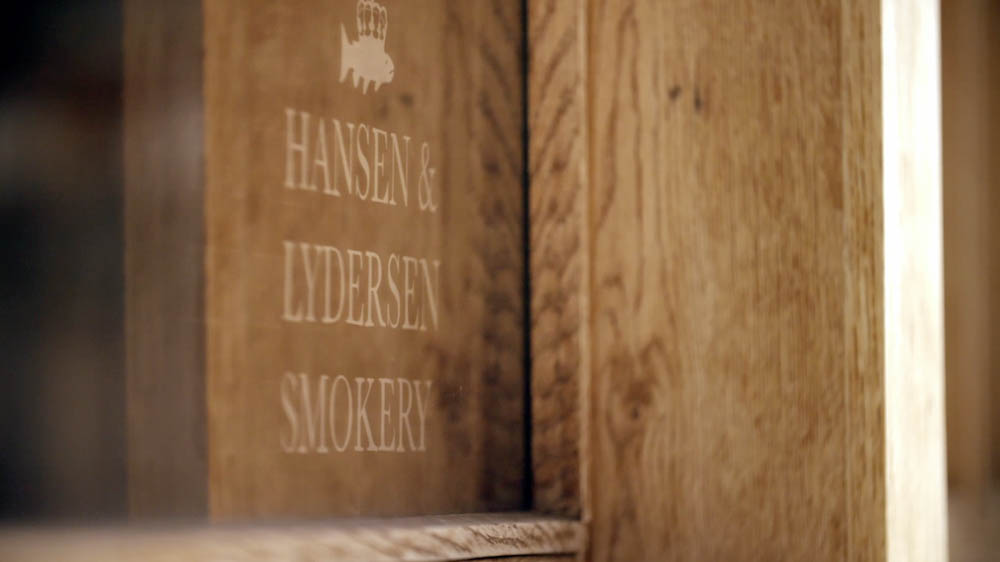 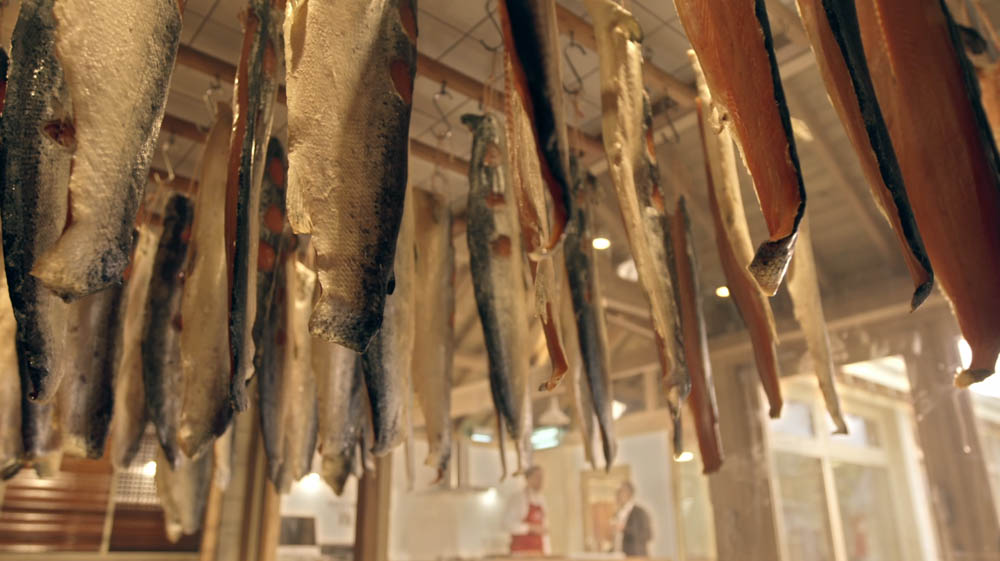 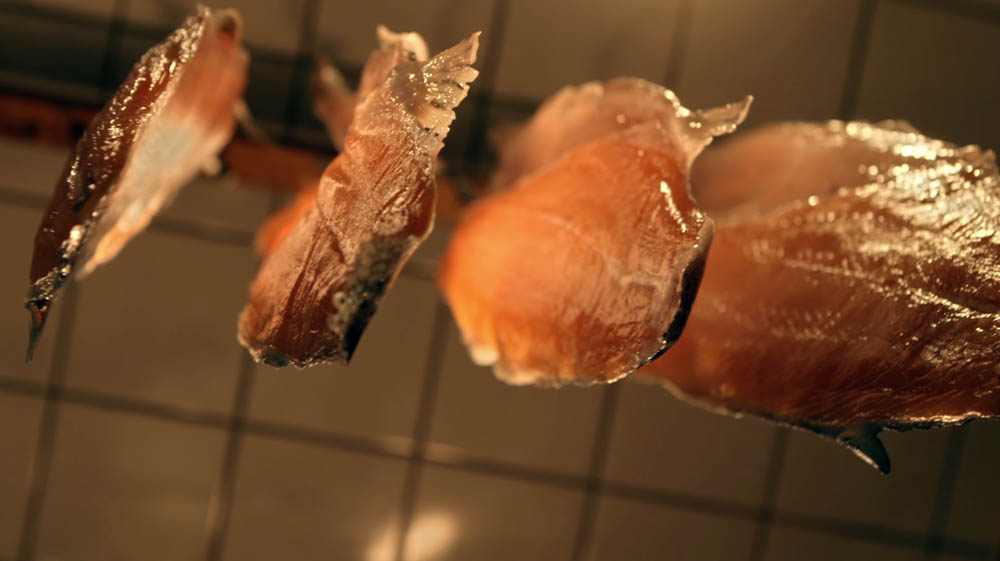 I have been following, with keen interest, a short series of six films featuring the multi-award winning Michel Roux Jr, chef at the two star Michelin restaurant La Gavroche in London. He has been traveling the length and breadth of the country exploring artisan food production which will culminate with The Craftsmen’s Dinner.

In a bid to uncover the stories behind some of the UK’s finest culinary craftspeople, Michel meets and profiles six ‘masters of craft’ including the Hansen-Lydersen salmon smoker Ole Hansen, a potter, one of the last remaining knife makers in the UK, a sparkling wine producer, an organic food producer and The Balvenie’s very own cooper.

You can watch the six videos on the The Craftsmen’s Dinner You Tube channel, or watch the video link below to view the short documentary on Hansen & Lydersen. Pay close attention while you watch the video so you can answer a question to enter the competition below to win a luxury dinner at Michel Roux Jr’s restaurant La Gavroche, in London. Make sure to subscribe to the You Tube channel so you don’t miss the rest of the series and the final installment.

The Craftsmen’s Dinner will be hosted by The Balvenie – producers of handcrafted single malt Scots whisky. Produced with a unique combination of natural alchemy and centuries old craftsmanship in the highlands of Scotland this whisky is rich, luxuriously smooth and underpinned by a distinctive honeyed character.

The Balvenie and Foodies100 are giving away a fab prize in “The Balvenie Craftsmen’s Dinner Competition” which offers readers a meal for two at La Gavroche. To enter, fill in the Gleam widget below leaving your comment with the answer to the question in the comment box below.