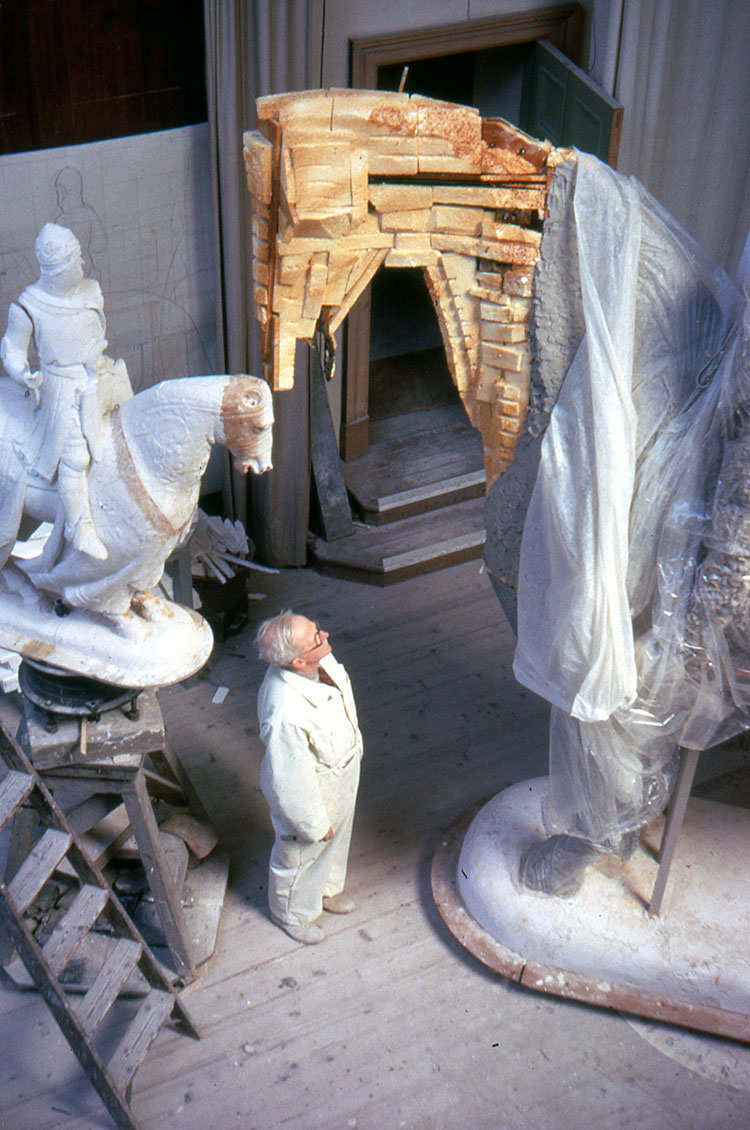 This post was updated April 25, 2018, with photographs of my great-grandfather next to the Robert the Bruce monument in progress. Photos are from hard copies owned by my grandfather, David Bowie, in Canada. 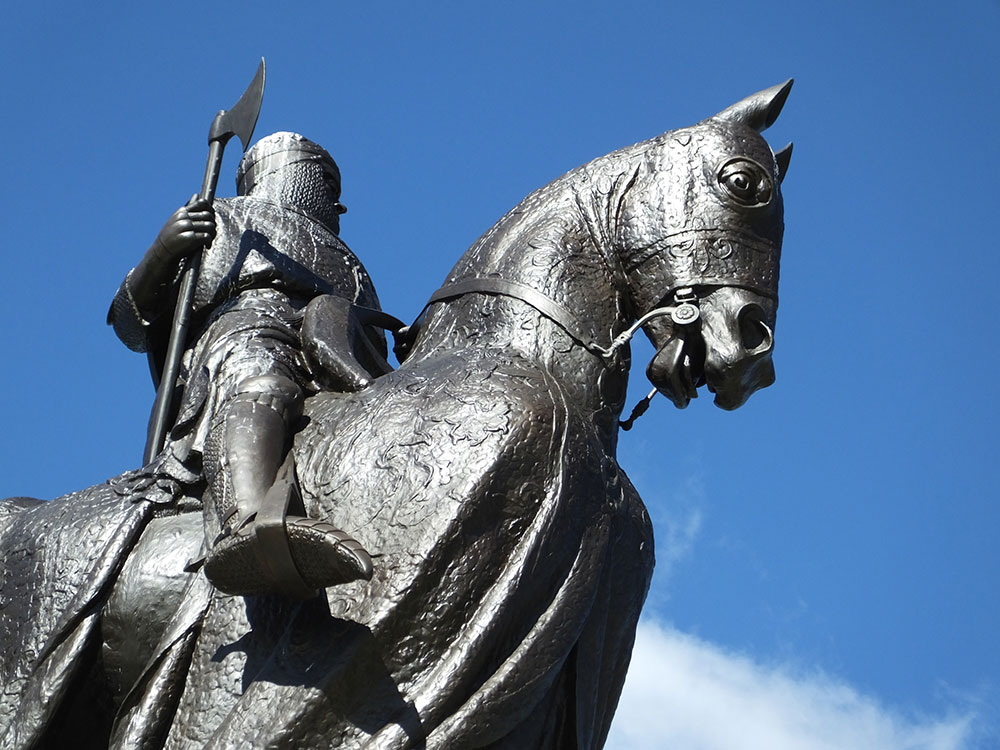 Look at the detail in this sculpture, isn’t it stunning?

This is the sculpture of Robert de Bruce located in Bannockburn, Scotland. It’s been there since 1964 when the Queen unveiled it for the 650th anniversary of the Battle of Bannockburn.

Sculptor Charles d’Orville Pilkington Jackson designed the sculpture using measurements of Bruce’s skull re-discovered at Dunfermline Abbey in 1818 to model his work on. A plaque on the side of the sculpture declares P. Jackson as the sculptor.

Do you know who actually sculpted this cast bronze equestrian monument featuring Bruce on his war horse carrying an axe?

My great-grandfather, pictured below, standing next to the work-in-progress with a working model in the background. 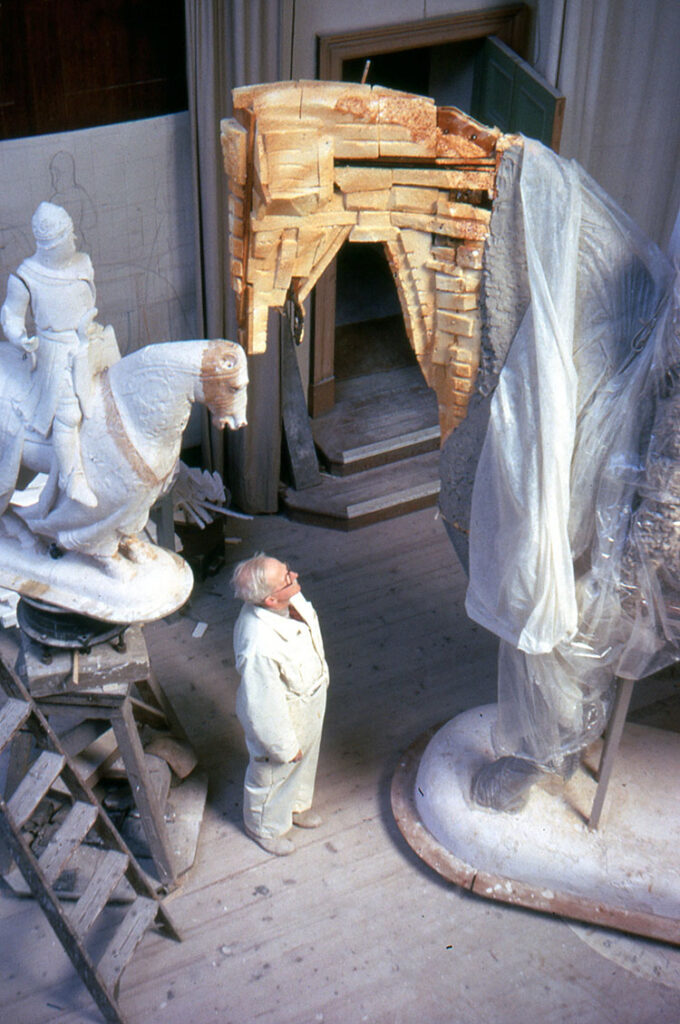 Thomas Taylor Bowie was born in Linlithgow and moved to Edinburgh where he apprenticed himself to a studio owned by Pilkington Jackson. Jackson had the contacts to get some really high profile contracts and when he was asked to design this statue he knew the only person with enough talent to sculpt it was my great-grandfather. By this time Bowie was the Director of Sculpture at the Ontario College of Art and he was flown back to Scotland for the summer to complete the work.

Much like architects and builders, the designer gets all the credit but the person who does the work is forgotten about.

An interesting fact about this sculpture is that Tom Bowie detested it, a distant relative of mine informed me (see the comments, below)

“In his personal opinion, it represented a non-accurate and altogether too passive view of Robert the Bruce. In the manner of the time and the considering the role Robert played in the battle there was no way he was sitting behind the lines watching his troops. My granddad always felt the statue should have portrayed him in a more active role, with sword drawn and horse rearing into battle.” 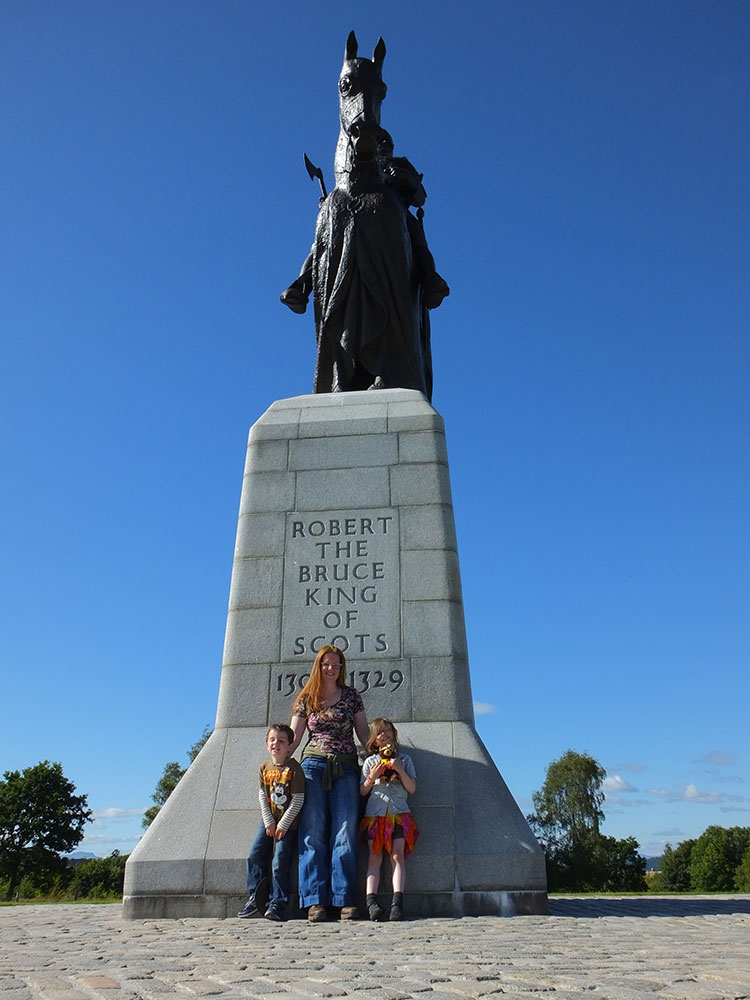 This summer we went on our very first family summer holiday to the mainland.

We covered 1500 miles through Scotland and England in our heavily loaded Rav4, and the only place I insisted we stopped was at the Battle of Bannockburn site. I wanted my children to see the statue their great-great-grandfather had sculpted 50 years after it had been unveiled (but to be honest they were more interested in the cuddly toys and wooden axes in the gift shop!).

The friendly assistant in the gift shop said he had heard there was another name associated with the statue – not just Pilkington Jackson. The name is Thomas Taylor Bowie and I want people to know that!

I spent some time several years ago researching my great-grandfather and I have a folder filled with newspaper clippings, magazine articles, photographs and family history. One of these days I will write a comprehensive post on him as I believe he did not get the credit he deserved while he was still alive. Ideally, I’d like to get his name engraved on the plaque, but that’s a challenge for when I have a bit more time on my hands, I think. 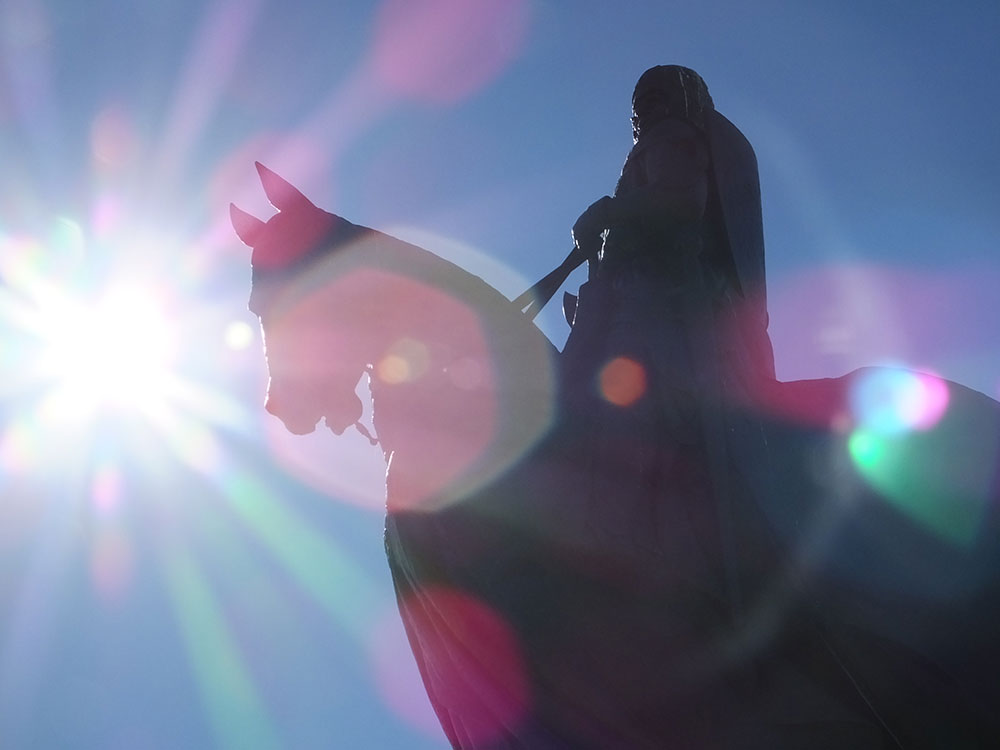 The Rise of Food Tourism
Next Post: The August 2014 Shop Local Round Up