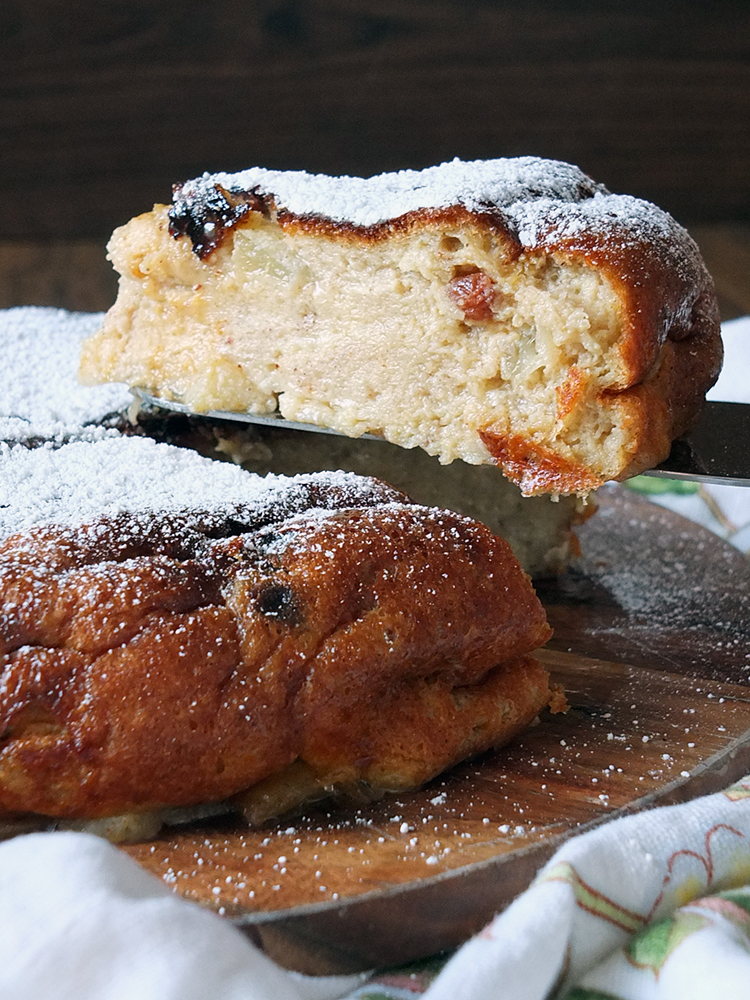 I’m a big fan of French Toast. That slightly crisper outside encasing a creamy custardy interior and the whole thing sprinkled with icing sugar and drizzled with maple syrup. Sugar overload, I know, but for a lazy Sunday morning brunch, this ranks pretty highly.

Last weekend I treated my family to something a little bit different – an apple and cinnamon French toast casserole cooked in my Redmond Multicooker.

I started with half a loaf of thick sliced bread that needed using up and added a chopped up Bramley apple that staff at our village shop had given me as it was unsaleable and destined for their bin. They reckoned that I’d be able to do something with it. 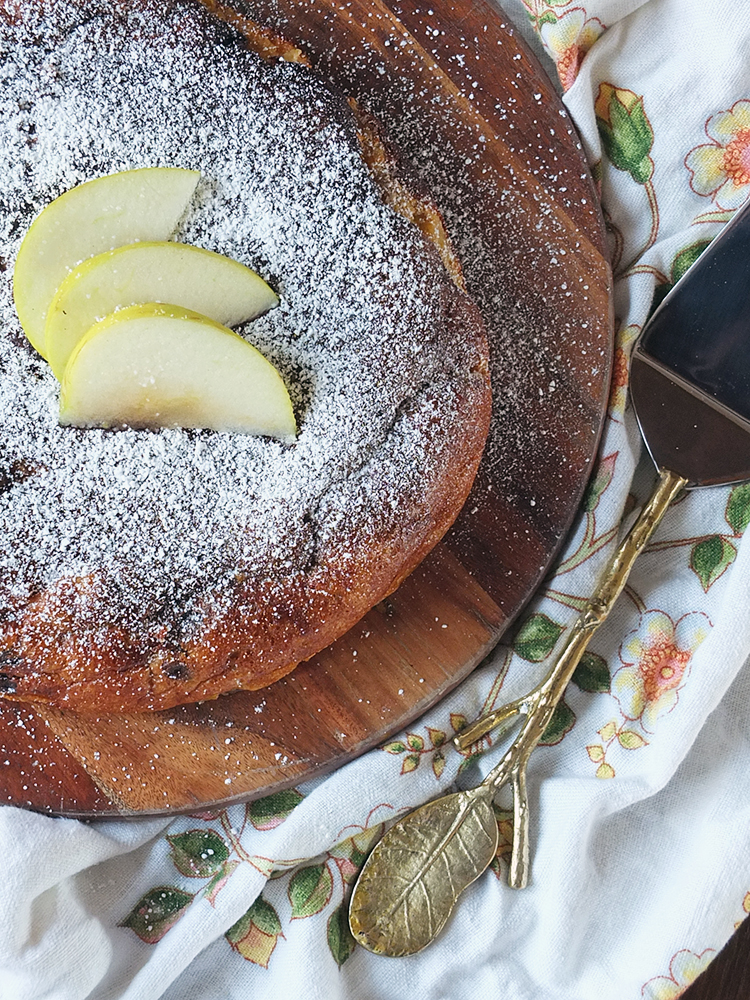 The Redmond Multicooker, in case you didn’t already know about it, is an all-in-one kitchen appliance. It’s a bread machine, a yogurt maker, a rice maker, a slow cooker, a frying pan, a steamer and a deep fryer. The model I have, the RMC-M4502E, has 34 programmes  – 16 automatic and 18 manual. It can be used to cook meats, vegetables, porridge, soups, stews, pies, bread and to bake cakes and a wide range of sweet desserts.

Check out the video below to find out more!

It also makes a rather wicked French toast casserole. The slow cooking of this recipe means that I have time to nip out for a quick mountain bike ride while it bakes away (before anyone else in the house is up!), and I get to come home and breakfast is made. 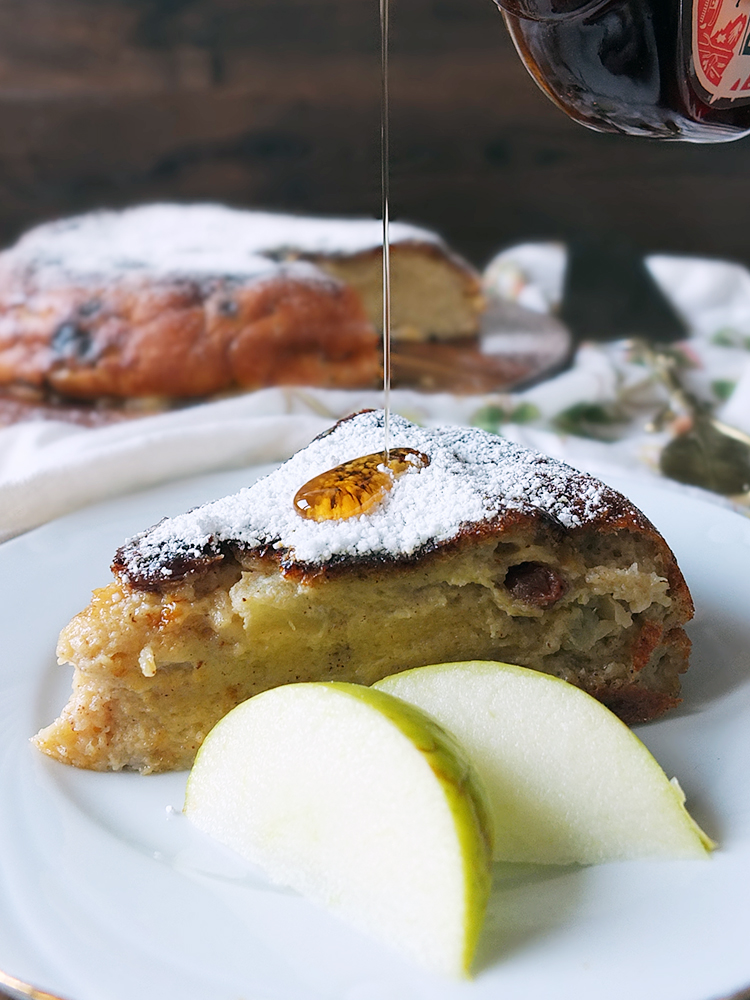 As I mentioned earlier, I love both icing sugar and maple syrup on my French toast. I think it pairs really well with the soft and creamy cinnamon and vanilla custard centre and slightly crunchy outer. The sultanas are optional.

How do you like your French toast? Do you own a Redmond Multicooker and have you created any recipes with it? Let me know in the comments! 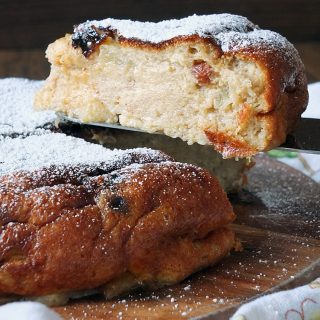 Use up half a loaf of leftover bread in this rather delicious breakfast casserole. It has a crispy outside and custard-like centre - pudding for dessert anyone?
No ratings yet
Print Rate
Prep Time: 10 minutes
Cook Time: 2 hours 10 minutes
Total Time: 2 hours 20 minutes
Servings: 8 people
Author: Elizabeth

MY OTHER REDMOND MULTICOOKER RECIPES

SHARING WITH SOME BLOG LINKIES

This is a commissioned recipe for Redmond Multicookers. Thank you for supporting the brands who make it possible for me to do what I love: mess up my kitchen and share recipe stories.

Win a £75 Voucher from Inspired Wallpaper
Next Post: How to make bacon jam