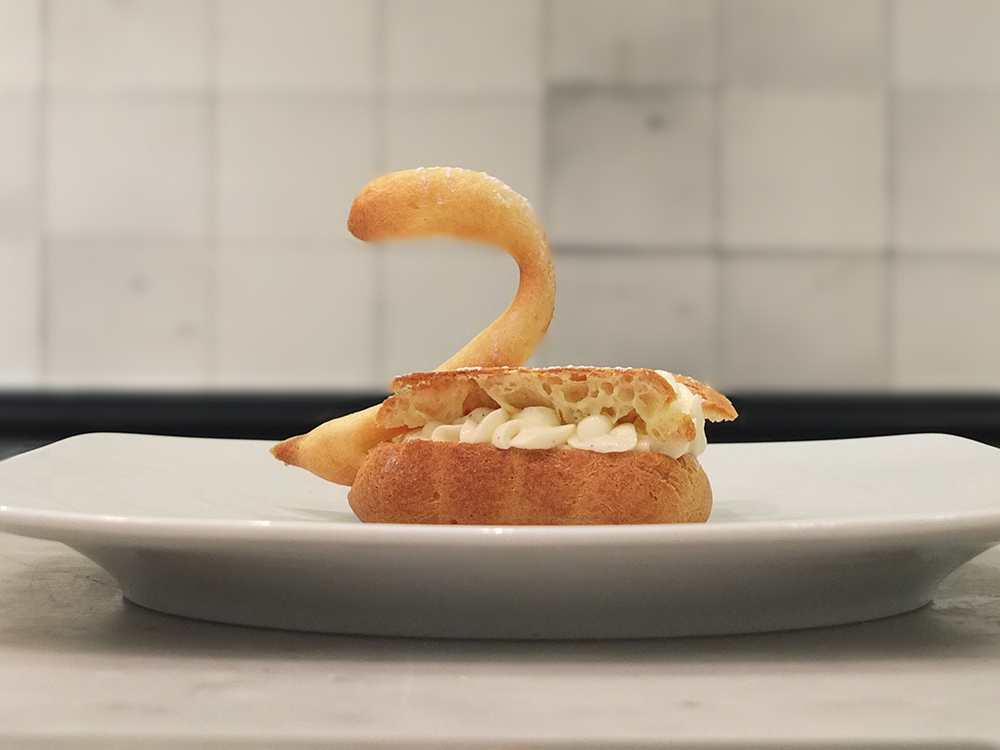 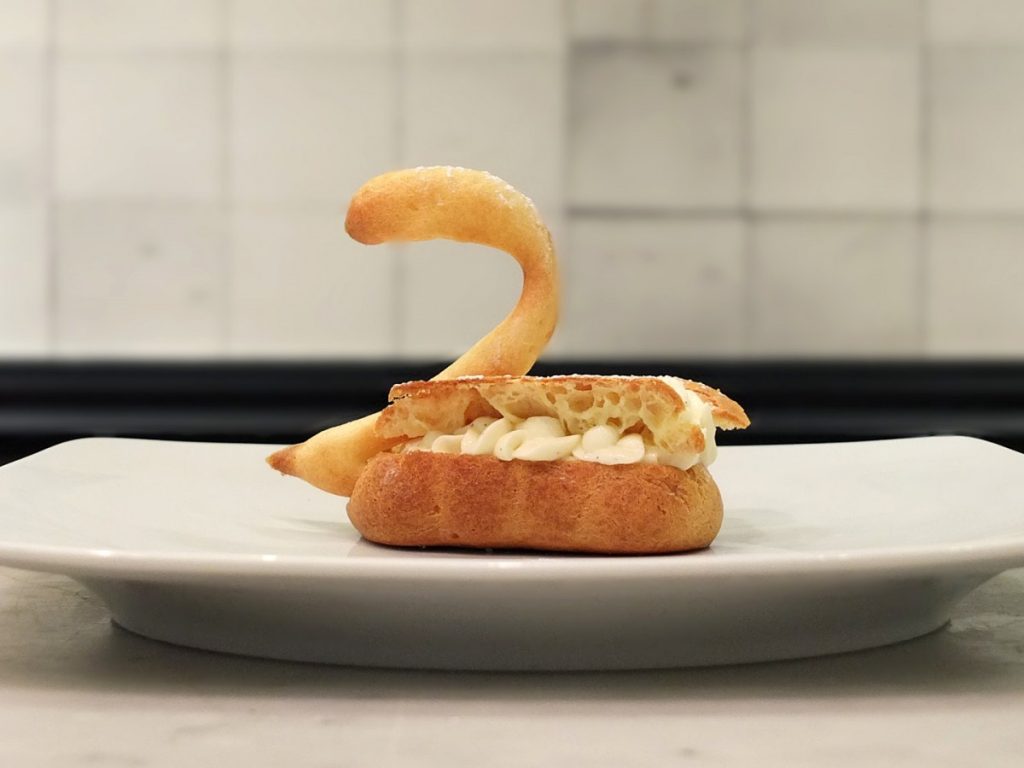 When I was around the age of 12 I first opened a cookery book and discovered the wonderful world of cooking. I am by no means professionally trained; bar a few summers working as an assistant cook at a children’s camp in Canada what I know comes from years of trial and error. I’ve only ever taken cookery lessons twice in my lifetime, and both times they were in Paris, France.

A few weeks ago I was invited to Paris to enjoy and celebrate the bistronomy scene that the city has to offer. As part of our foodie experience, we were treated to a cookery class at L’Atelier des Sens where we learned about all things choux pastry.

Choux pastry is a light and airy pastry used in a wide range of French desserts such as profiteroles, eclairs and chouquettes, among many others. It is also remarkably easy to make. 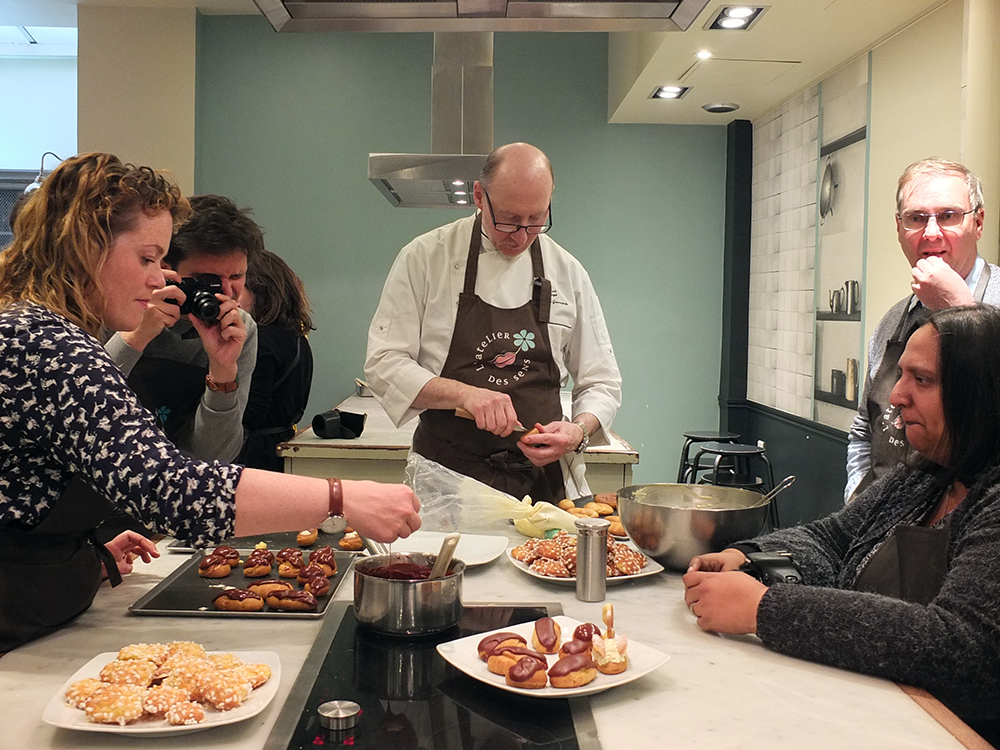 The airiness of choux pastry occurs because of its high water content. During baking this water evaporates, creating steam, which pushes the pastry shell outwards to give it its volume. The trick to getting a perfectly set pastry is to let some of this steam evaporate with the oven door open so that the pastry becomes crisp and golden instead of soft, resulting in pastry that sinks when cooled.

It’s also important, when making the pastry mixture on the stove top, to ensure that the flour/egg mixture cooks and dries to a suitable consistency. The mixture should be thick and glossy and come away from the sides of the pan, but still be of a soft, droppable consistency.

In our cookery class, we learned just what this ideal consistency looks and feels like, and we made chocolate eclairs, choux pastry swans and some chouquettes with the mixture.

Chouquettes are small biscuits of choux pastry sprinkled with crunchy pearl sugar before being baked and then filled with crème pâtissière or a lighter Diplomat Cream we learned how to make – basically simple whipped cream combined with equal parts of crème pâtissière. They’re incredibly tasty little morsels, I can tell you! 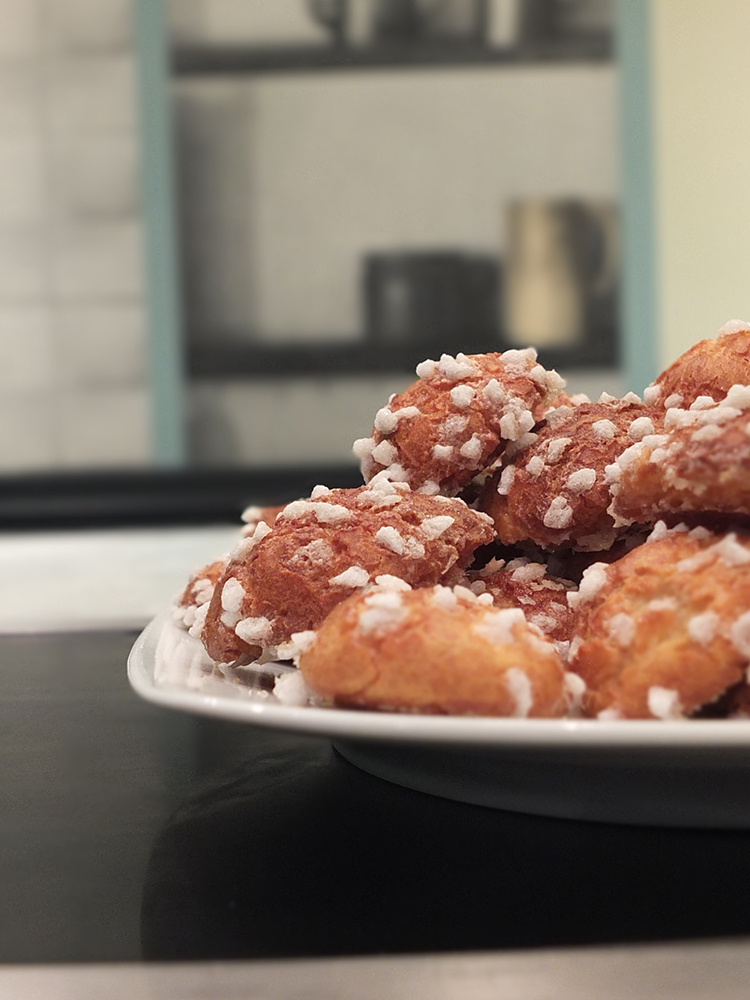 We also learned how to make crème pâtissière properly. I’d only ever attempted to make this delicious custard once before, in a massively failed attempt to make Nigella Lawson’s Boston Cream cake, and I never tried it again until Paris.

I’ve been missing out! Again, this dessert is remarkably easy to make. Simply heat milk and some sugar in a pan with a halved vanilla pod, whisk together some egg yolks, sugar and cornflour and then pour the hot milk mixture onto the egg mixture, return to the heat and stir until thickened. Easy peasy!

Our cookery instructor also showed us how easy it is to make choux pastry swans. He filled them with the Diplomat cream and dusted them with a little bit of icing sugar for a showstopper of a centrepiece. I have plans to make these for my children for some special occasion in the near future. 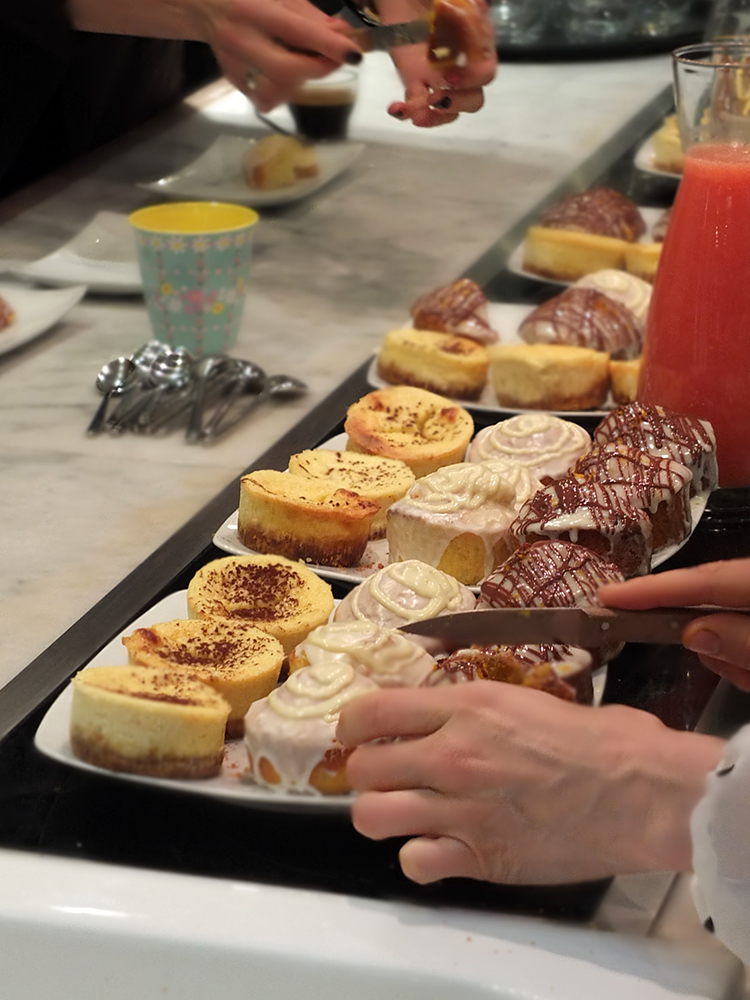 Next door to our class, another cookery class was running and that group learned how to make a range of cakes and cheesecakes. After both classes had ended we each shared our creations with the other group. It was a rather lovely way to learn about French cooking in an informal setting.

With huge thanks to the city of Paris for inviting me to experience Paris cuisine. 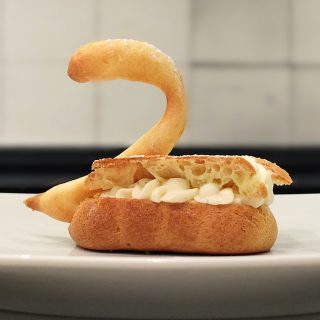 For the Choux Pastry

For the Crème Pâtissière

For the Fondant Frosting (topping recipe 1)

For the Chocolate Glaze (topping recipe 2)

For the Choux Pastry

For the Crème Pâtissière

For the Fondant Frosting

For the Chocolate Frosting

With thanks to the Paris Convention & Visitors Bureau for inviting me to Paris to experience French cuisine. All thoughts and opinions expressed are our own.

Category: All Manner of Sweet Things, Everything Else, RecipeTag: Choux Pastry, France, Paris