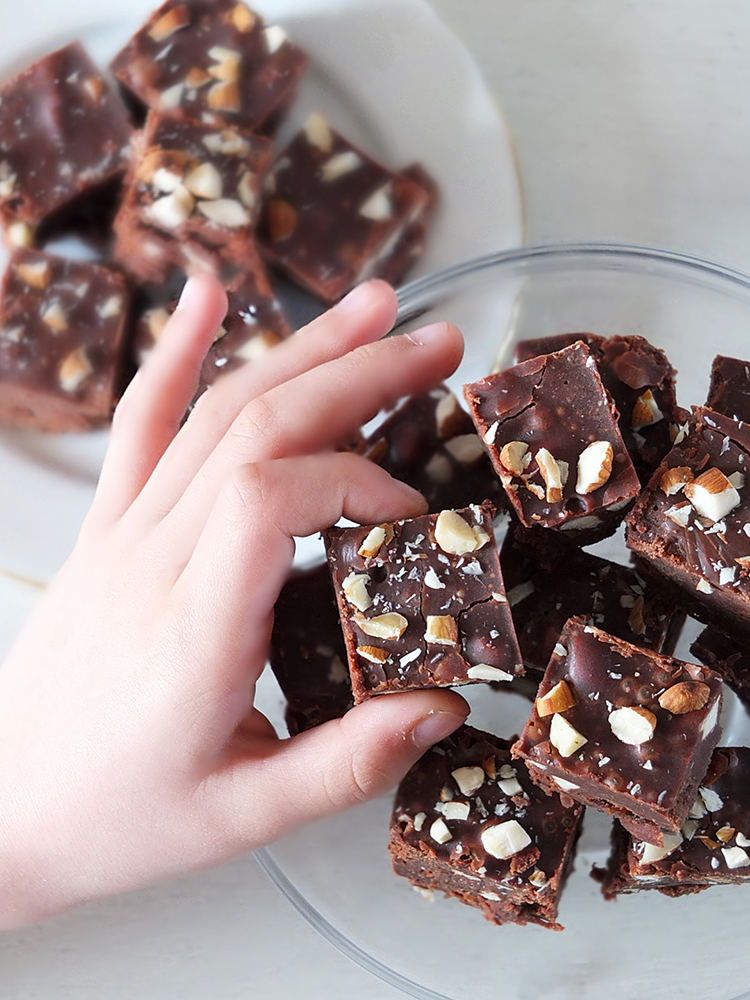 This is not such a grand achievement, I know, but wait until you hear why this is such a big thing for me.

I was 12 the last time I made fudge. Proper fudge, I mean, you know, fudge that has never seen a tin of condensed milk (I’ve made plenty of that kind of fudge over the years – that fudge is safe fudge!).

I was 12 and I was standing over a pan of boiling sugar syrup waiting patiently for when it looked like it was ready to try the soft ball test. My grown up self is rather impressed that my 12 year old self knew what the soft ball test was. You know, you drop a bit of the molten fudge into a glass of cold water and then roll it in between your fingers to test if it’s at the right consistency. 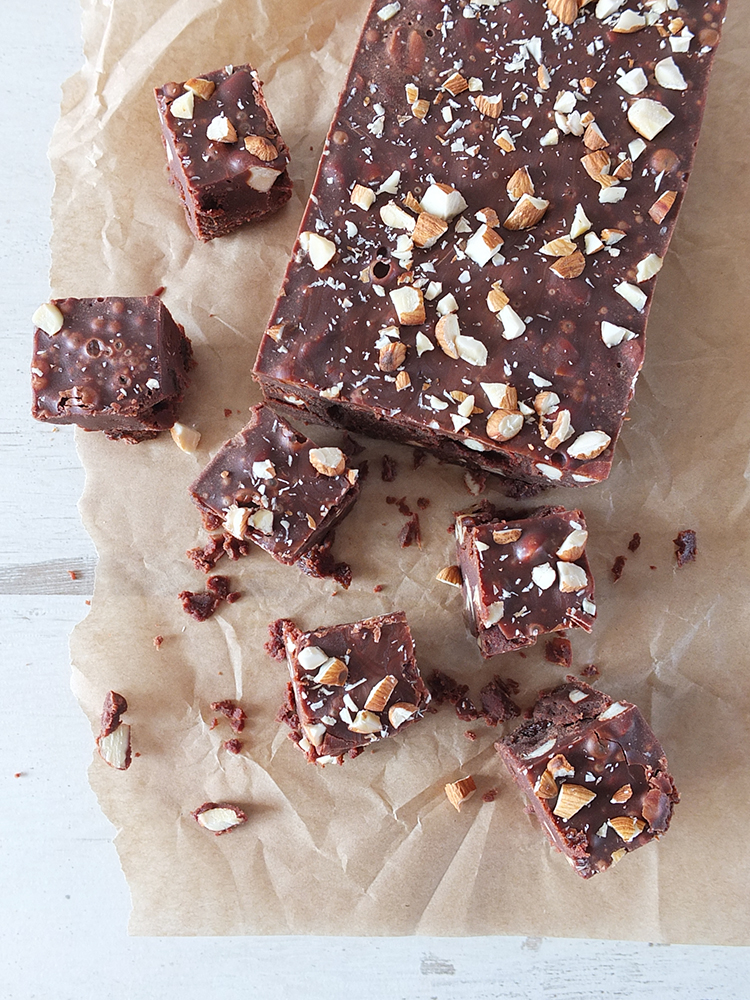 I was that eager to taste the fudge I’d made so I popped that little soft ball of fudge into my mouth.

It promptly stuck to a giant silver filling in the back of my mouth and pulled it right out.

Back in Canada in the early 90’s dental treatment was free for children up until the age of 12. After that you had to pay, and regular readers will know I’ve made no effort to hide the fact that I grew up in poverty in a single parent household. There was no money for dental treatment. That, and the fact I was terrified of the dentist, so I don’t even know if I told my mother that I’d just lost a filling. I just ignored it. 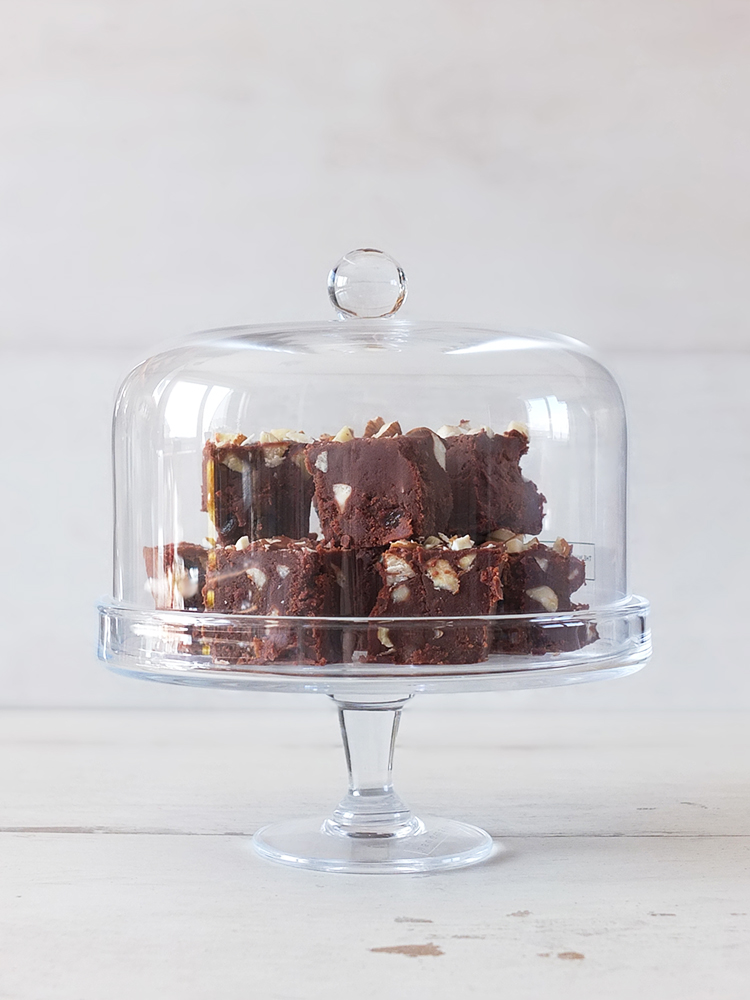 I ignored it for nine years.

Not one of my most intelligent moves, I know, but the fear of the dentist and his needle was strong, and then there was the money issue.

Eventually the pain became that unbearable I went to see a dentist. A different dentist, one I was told was very gentle and kind. She filled that gaping hole in the back of my mouth but she said it was really large and there was a 50-50 chance it wouldn’t work.

That filling lasted for five years until one night, completely out of the blue, I experienced the most agonising searing pain I have ever, ever had. 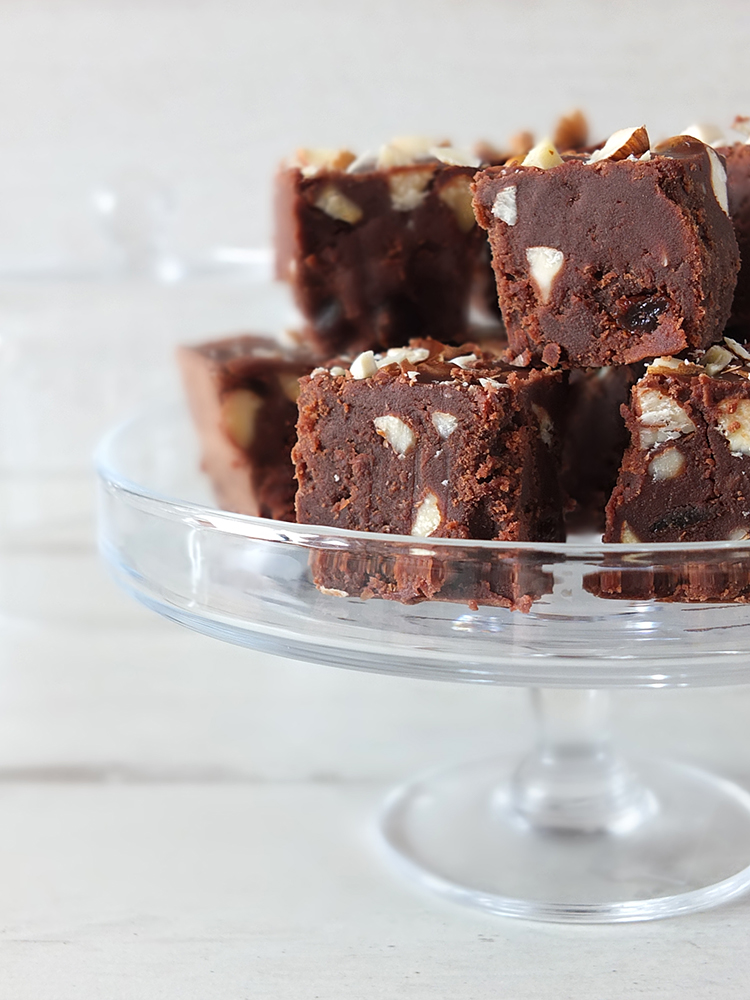 It turned out that the nerve was dying. I had to wait an entire weekend in absolute agony while my dentist gave me a course of antibiotics as he thought I had an abscess. The antibiotics did nothing. It was the nerve. I was in that much pain I just begged for him to pull the tooth out to make it stop hurting.

So yes. That’s what happened the last time I made fudge. I’ve avoided making it ever since, until recently, now that I own a SuperFast Thermapen® 4 digital thermometer that takes less than 3 seconds to read temperature.

This classic fruit and nut chocolate fudge recipe is adapted from one found on The Kitchn website – I doubled the cocoa powder (I like a proper chocolate flavour) and added some coarsely chopped raw almonds and some sultanas. 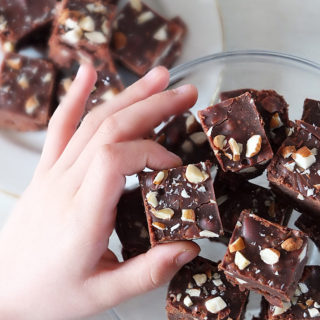 With thanks to Thermapen for the SuperFast Thermapen® 4 digital thermometer RRP £60 and to The White Company for the gorgeous mini lidded cake stand RRP £35. This is not a paid post and all thoughts and opinions expressed are our own.