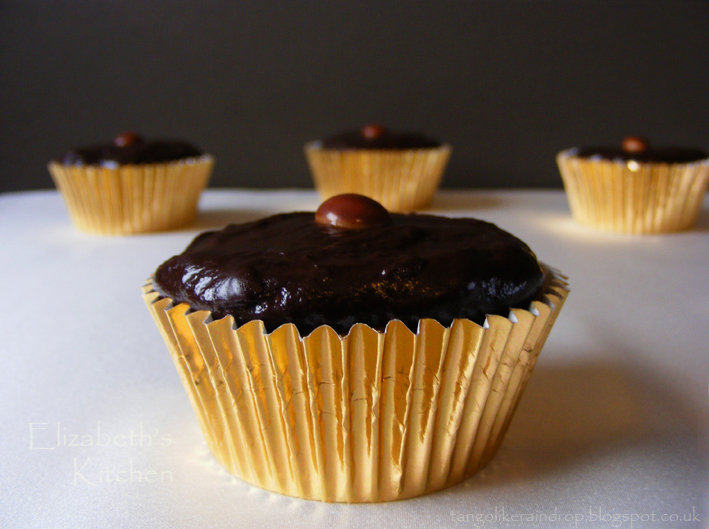 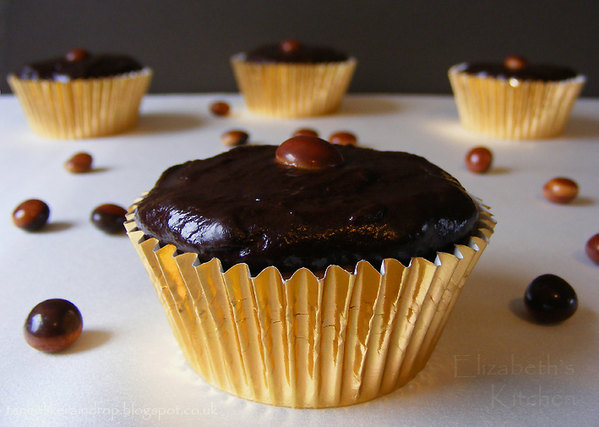 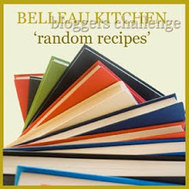 This month sees the 25th instalment of Dom from Belleau Kitchen’s fantastic Random Recipes food bloggers round up. Each month he tasks to make a random recipe from our (usually massive) collection of cookery books in a bid to encourage us to step outside our comfort zone and try new recipes. This month Dom said we could choose our random recipe however we wished, so I asked my significant other to do it for me. He closed his eyes, selected a book off the shelf and then opened it, pointing to the recipe on the page. The book he chose was Nigella Lawson’s Nigella Bites (2001) and the recipe he randomly selected was Lilac-or Chocolate-Topped Cupcakes. Yay! I have to confess I was delighted at his selection as choosing a random recipe might yield something utterly inedible, like something involving prawns. Shudder! 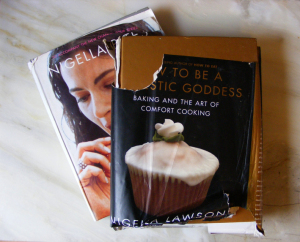 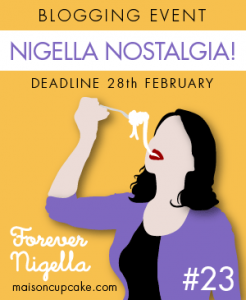 I have had this cookery book since it came out in 2001, in fact, this book, along with How to be a Domestic Goddess (2000) were my first two purchased brand new books when I first moved into a new home with a young baby and really started paying attention to what I was cooking. As you can see from the beat up covers of both books, they have been very well loved over the years. This brings us to Sarah at Maison Cupcake and her Forever Nigella blogging challenge. This month The Botanical Baker is hosting the challenge and she has given us the theme of ‘Nostalgia’. The basic cupcake recipe for Nigella’s lilac- or chocolate-topped cupcakes appears in both books (listed as fairy cakes in How to be a Domestic Goddess). I have been making Nigella’s fairy cake recipe since 2000 and they have made an appearance at nearly every birthday party, village hall fundraiser, Halloween and Christmas party topped with ridiculous quantities of coloured, sprinkled and shimmer sprayed butter cream frosting. They are a quick fall-back-upon recipe when you want something sweet and you want it now. All you need to do is pop the ingredients into a food processor (I never wait for the butter to soften, I just cube it and stick it in the processor cold), blitz, spoon into cupcake cakes and bake for a short 12-15 minutes. They don’t take long to cool and butter cream frosting can be whipped up in seconds. The ultimate comfort food for children and grown-ups alike.

Nigella’s chocolate-topped cupcakes (for I had no Grape Violet food-colouring paste for the lilac-topped variety) are covered in a rich dark chocolate ganache. This brings us to Jen at Blue Kitchen Bakes and her Classic French blogging challenge. This month, since she’s doing so much celebrating (being her birthday month and all) she chose chocolate ganache as the challenge theme. I’m not particularly experienced in the art of making chocolate ganache. I recall trying it once (with success) to cover a sachertorte, but this time it was nearly a fail. Nigella recommends to put equal parts cream and broken up chocolate in a pan and stir until the chocolate is melted. You’re then supposed to whisk it together (I don’t have a Magiwhisk so I just whisked with elbow grease instead) until the mixture becomes smooth and glossy. Well I clearly did something wrong because my mixture started to separate into thick chocolate and a light caramel coloured liquid! I stopped whisking and spooned the very thick mixture over the top of the cupcakes. It was very, very thick indeed. I think I may have whisked too hard and started whipping the cream. The taste and texture, however, was fantastic! A very grown-up way indeed to serve fairy cakes (although the children loved them just as much). 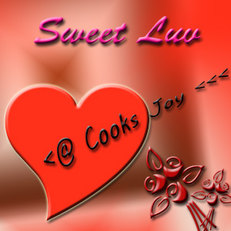 Vardhini at Cooks Joy has another food blogging challenge: Sweet Luv where we are asked, this month, to share our sweet recipes. This recipe certainly falls into that category, although the rich, dark chocolate imparts an almost savoury element which complements the sweet. Nigella suggests to top the cupcakes with gold chocolate buttons or minstrels. I couldn’t find any gold buttons in town but I did find some fantastic marbled chocolate buttons which remind me of tiger’s eye gemstones. I have also added another nostalgic moment to my beat up cookery books with this Nigella Lawson recipe: my six year old daughter was fascinated by my taking close up photographs of the finished cupcakes, commenting shyly that she thought the images were very pretty. She wanted to try taking a photo herself. I handed her the camera, talked her through the super macro function (and the fact the flash cover needs to be held up with a fingertip because the spring has long since broken – the local camera store said it would cost more than a new camera to have it fixed, alas!) and she took this photograph you see below! This is her very first ever food photograph. #proudmummymoment 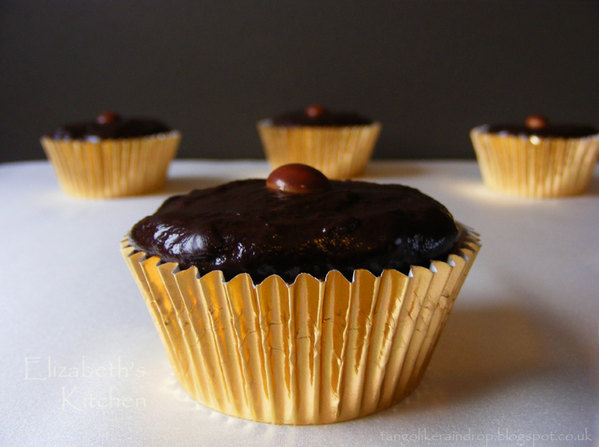