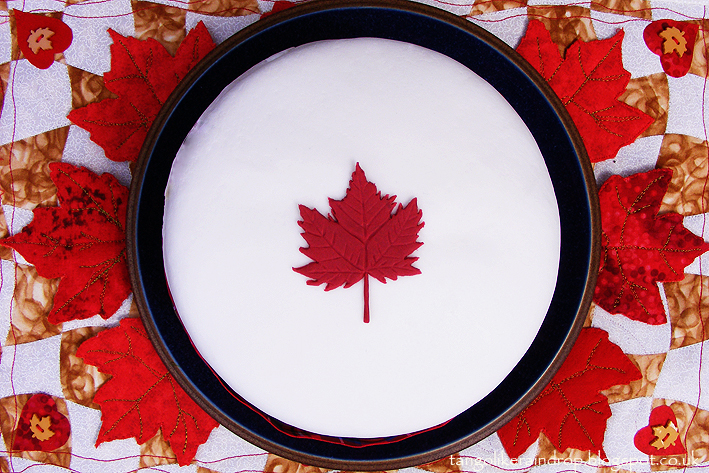 July 1st is Canada Day; a perfect excuse to make a cake don’t you think? It’s also our feral Cat’s Protection rescue kitten’s 5th birthday today. Even more of a reason to make a cake, eh?

You may notice the lovely quilting in my photographs. Quilting is a very Canadian Thing To Do. These works of art were made by my paternal grandmother, an avid quilter living on the west coast of Canada. The red maple leaf work featured below is her own design. To make it she scanned a leaf from the red maple tree growing in her garden, printed it in a smaller size and then made 3D leaves to sew onto a background made with two woven fabrics. This was her entry into a Canada Day Challenge in 2010, run by a quilting group she is part of. It’s one of my favourite wall hangings she has sent to me over the years, next to the Canadian Maple Leaf quilt she made for me using colours selected by my father (pictured further below). 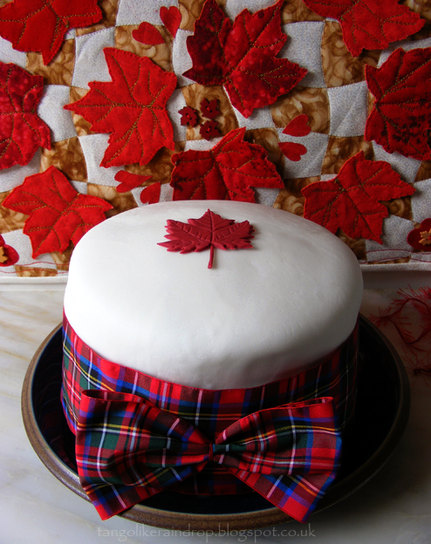 The original white layer cake recipe calls for two nine inch cake tins, but I wanted something a little more grand for Canada Day, something that symbolises Canada for me. So, I went for four layers – one layer for each of the provinces I’ve lived in (British Columbia, Alberta, New Brunswick and Nova Scotia), sandwiched together with a butter cream recipe given to me by the head chef at a children’s camp I worked at in Canada when I was a teenager. French strawberry jam (unsweetened, of course) was spread over the layers of butter cream to represent the French aspect of my Canadian upbringing. 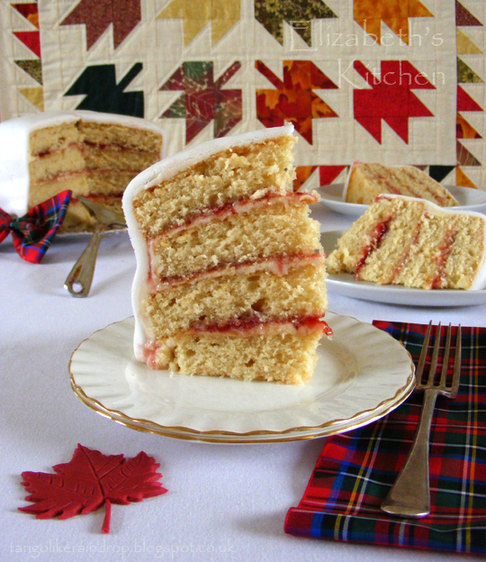 All in all the cake was a successful experiment, except for the layering bit. It was quite warm in my kitchen this morning and the butter cream started to melt. Despite my best attempts to corral the strawberry jam inside a butter cream edging the weight of the cakes forced it to start oozing out the sides. Then, when it came time to roll out the ready-to-roll icing it turns out I only had half as much as I needed, so instead of buying more (we’re saving pennies) I rolled it extra thin. The next thing you know the icing was cracking and red strawberry jam was oozing out the sides. I patched it up as best as I could and hid the ugliness with a nice tartan ribbon (my maternal family tartan, by the way!). This cake would probably be best layered together with just the butter cream, or made into two 9-inch cakes (in which case increase the cooking time by five minutes). 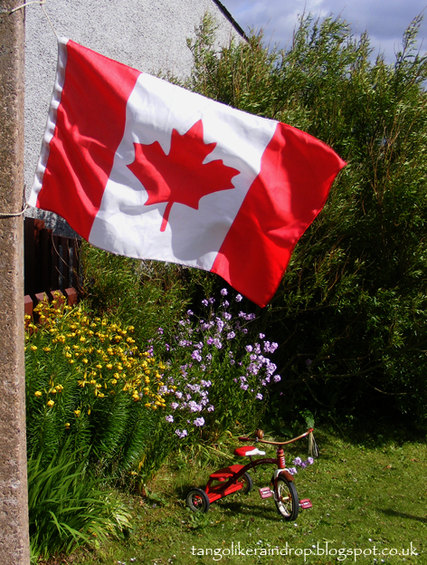 Today was the first time I’ve ever hung our Canadian flag up outdoors. After spending nearly fifteen years in the UK I’m suddenly feeling overwhelmingly homesick. I want to go home now. However, the logistics of moving an entire family of five back across the Atlantic are not as easy as when it was just myself, my Army Surplus rucksack and a one-way ticket to Glasgow back in 1999.

Is there room for us all, Canada? I’d like to come home!

White Layer Cake
by Elizabeth
A delicious white layer cake with a delicate flavour and light crumb.
Ingredients
Instructions
1. Preheat oven to 180 C. Grease, line and flour four 7 inch round cake tins.
2. Pour yogurt, egg whites and vanilla into a glass measuring jug and stir well with a fork until combined.
3. Mix flour, sugar, baking powder and salt in a bowl.
4. Beat in butter, using a hand blender, until it resembles coarse bread crumbs.
5. Stir in most of the liquid mixture until well combined and then add the remaining liquid. Beat well until thoroughly combined.
6. Divide mixture evenly between the four cake tins and bake for 20-22 minutes, until golden and the edges of the cake come away from the sides. A skewer inserted will come out clean.
7. Transfer to a wire rack to cool completely before assembling.
Details

The egg whites used in the making of this cake have been in my freezer for quite some time. Egg whites freeze for up to a year, I am told. I’m sending this recipe over to Kate from Turquoise Lemons’ No Waste Food Challenge hosted this month by myself. The topic is ‘Freezer Stash’. We’re challenged to defrost those plastic containers hidden in the depths of the freezer and the egg whites in this recipe were definitely needing to be used! 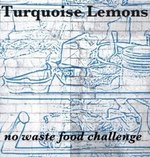 In an effort to be thrifty (I detest food waste!) I also used up the remaining heaped teaspoonful of bright red sugar paste I’d saved from previous cake-decorating to make the solitary red maple leaf for the Canada Day cake (I mixed it with a pinch of black to tone down the brightness of the red first). I originally bought some Dr. Oetker red food colouring at my local shop hoping to make some red decorations, but alas, the natural food colour development team at Dr. Oetker’s must be colourblind! I’m all for natural colourings, but there’s something seriously wrong with this product. I do not recommend it! 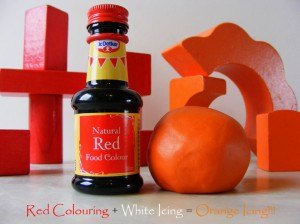 Skoki Health Bread (and that time I was lassoed)
Next Post: Picnic/BBQ Bread