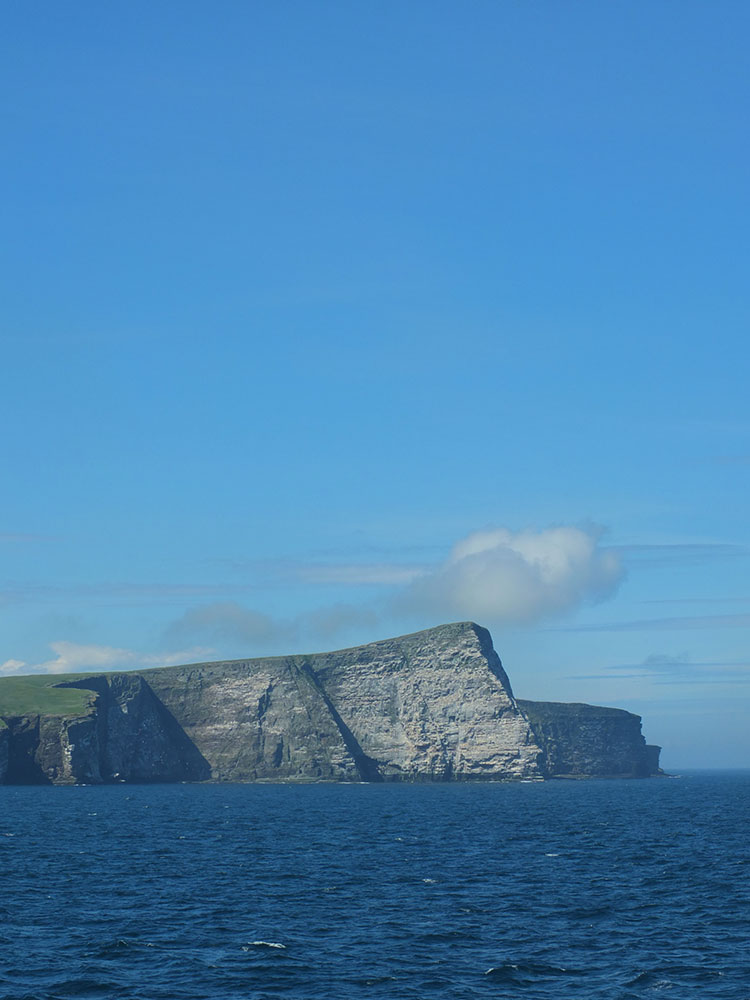 This yearly fundraising event is held during the Lerwick RNLI Open Day. Northlink Ferries offers passengers a chance to sail around the island of Bressay, taking in the stunning views and seabirds at the Noss cliffs. The ferry may also be joined by the Coastguard Rescue Helicopter and RNLI Lifeboat at the back of Bressay! 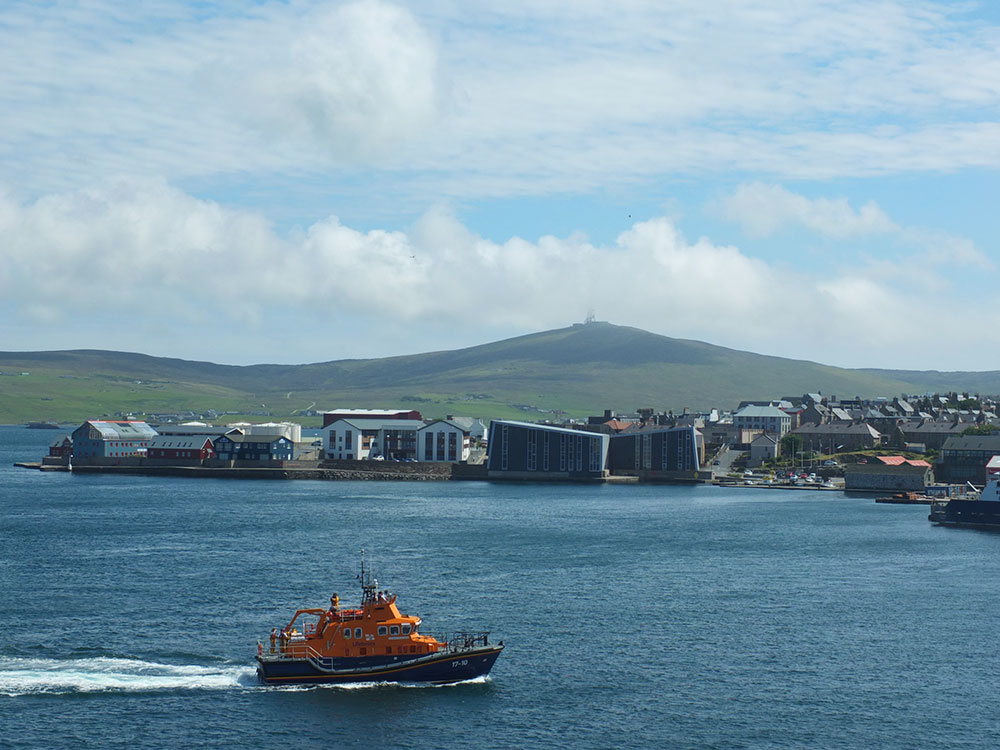 This last weekend saw the annual Lerwick RNLI Open Day take place. I confess, despite living in Shetland now for 19 years, I’ve never actually attended this fundraising event before. I usually go to Shetland’s other RNLI lifeboat gala on the west mainland.

Still, earlier last week I saw an advert on social media about the Bressay Cruise hosted by Northlink Ferries as part of the RNLI fundraising efforts, so, on a whim, I sent the link to my husband to file away as a ‘potential thing to do if the weather was agreeable’. 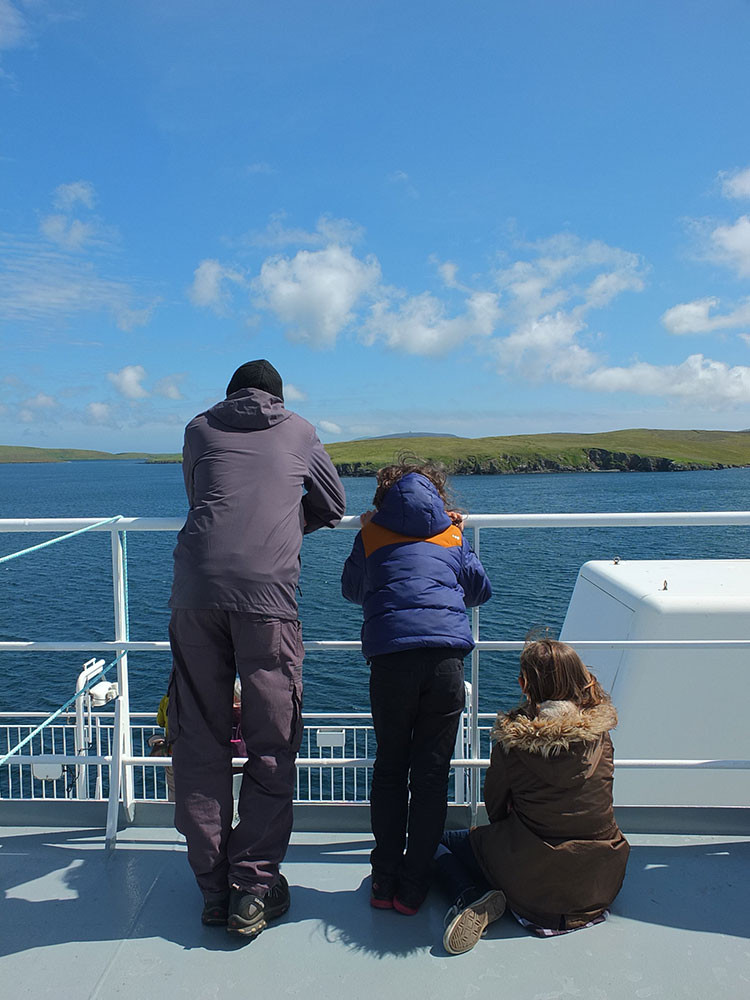 The weather was extraordinary!

For the few days prior we’ve been battered by Storm Hector. Just ask my husband about the devastation laid on his plants – he’s recently discovered a love of gardening and didn’t heed my warnings about the summer gale(s). Lesson learned! Still, the day of the RNLI Lifeboat Open Day was promising to be a sunny one with low wind speeds. Come mid-morning we rang up Northlink Ferries and made our reservations.

We boarded the ferry that afternoon with an air of excitement; I’d never done this mini cruise before and I was really looking forward to it. Sandwiches, rolls, tea, coffee and crisps were available for lunch; part of the fundraising efforts organized by the Lerwick Ladies Lifeboat Guild, and live music was performed indoors.

They’d opened the mid-deck area on the top of the ferry usually inaccessible to passengers, so we found a spot by the railing and set sail just after 2 pm. 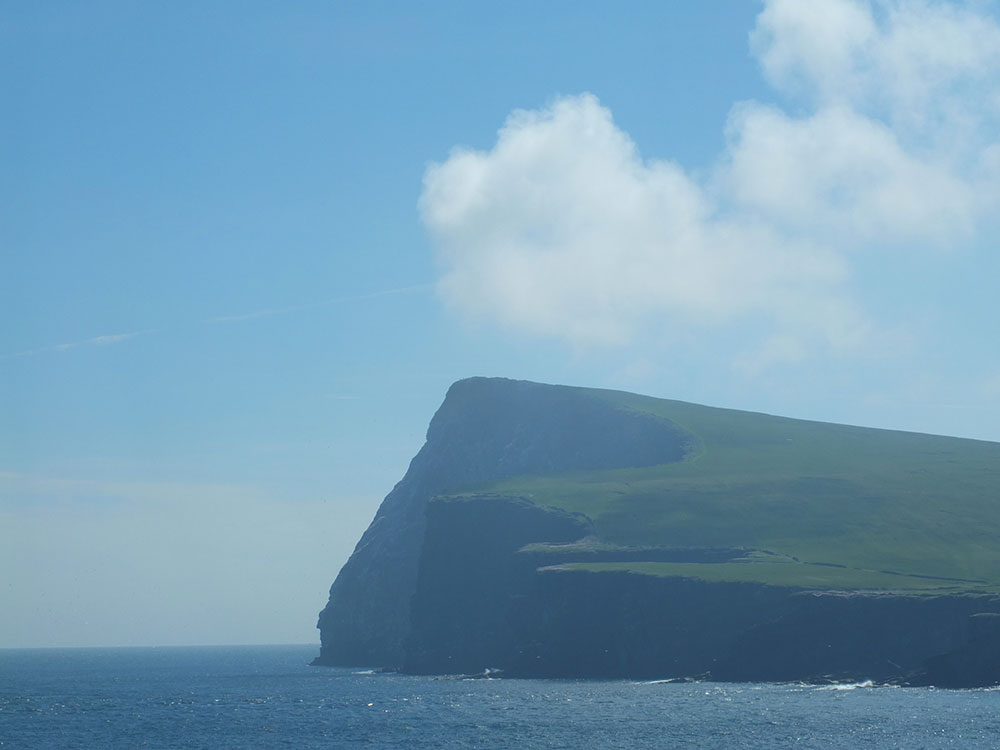 Bressay is a small island, only 11 square miles in size, just east of Lerwick, the main town in Shetland. At the back of Bressay, facing out to the open North Atlantic, is the island of Noss, one of Europe’s finest wildlife sites. Declared a nature reserve in 1955, its 180-metre high sea cliffs host a wide variety of nesting seabirds in the summer months.

Heading north, the dramatic cliffs of Noss soon came into view. It was a pleasant journey with the Lerwick RNLI Lifeboat crew circling around the ferry waving at passengers, much to the delight of the children. 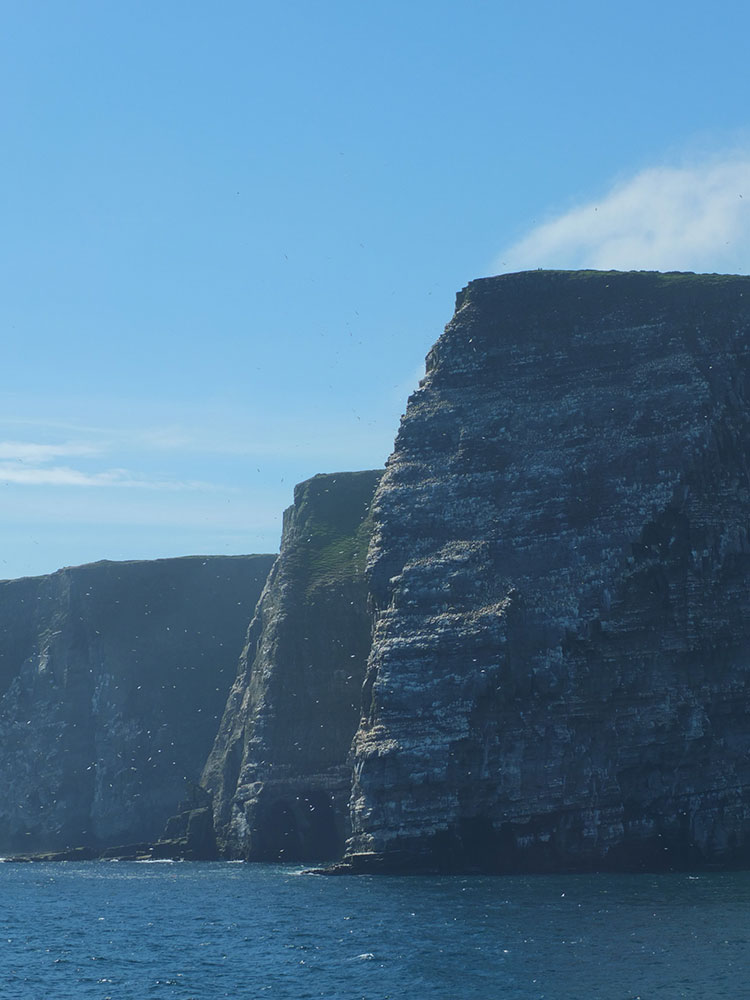 It has been a very long time since I last saw the cliffs of Noss. The last time was way back in 2002 when I went on a Seabirds & Seals Cruise and had the opportunity to see the seabirds nesting on the cliffs from close-up. It was a magical experience, I recall.

My family, on the other hand, have never seen these dramatic cliffs, so I was quite excited for them to have this first experience on such a gloriously sunny day. 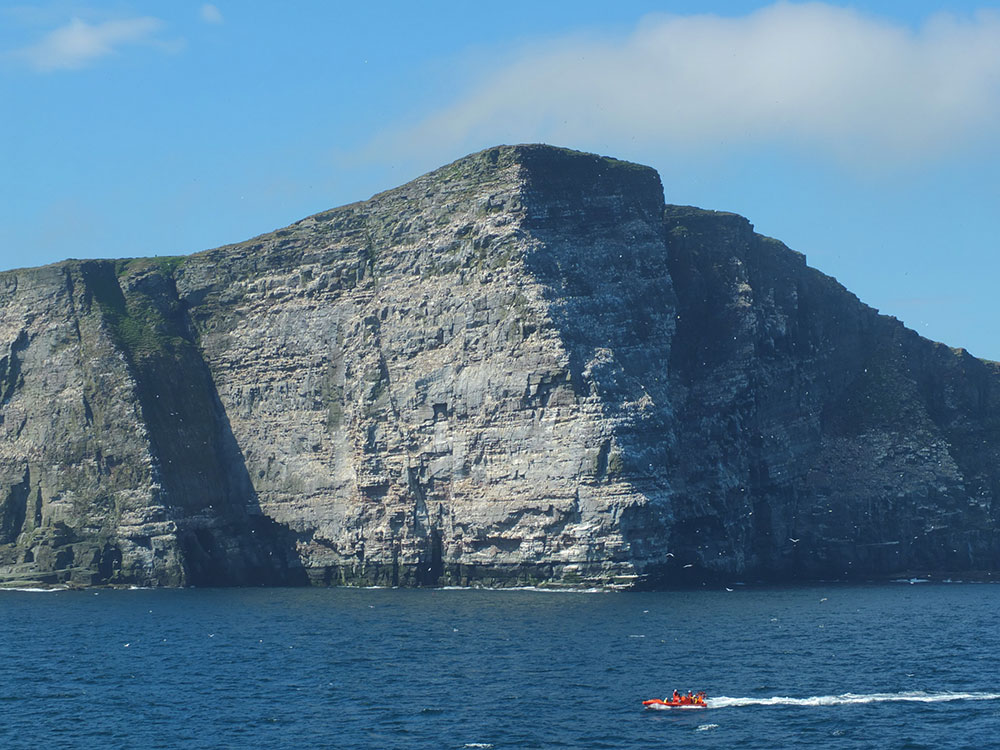 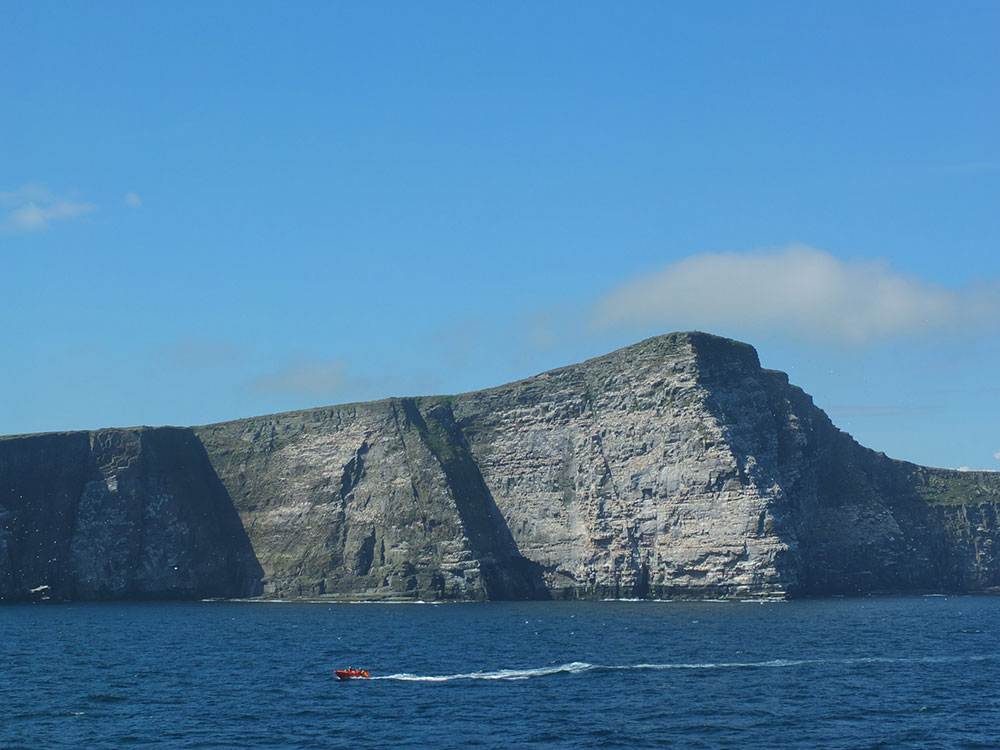 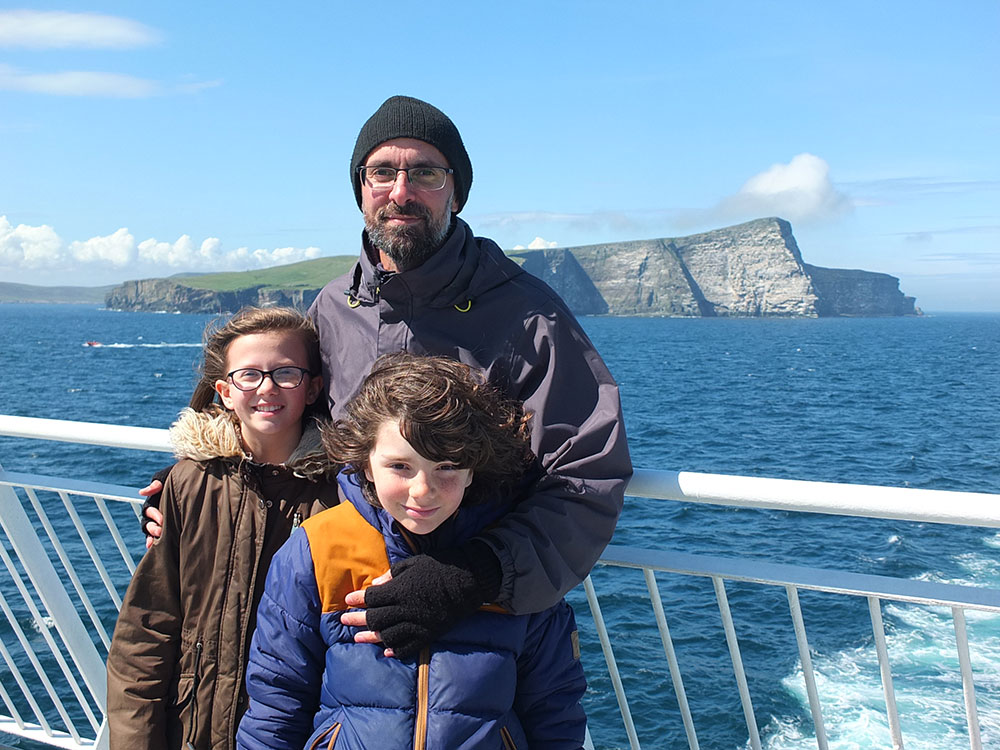 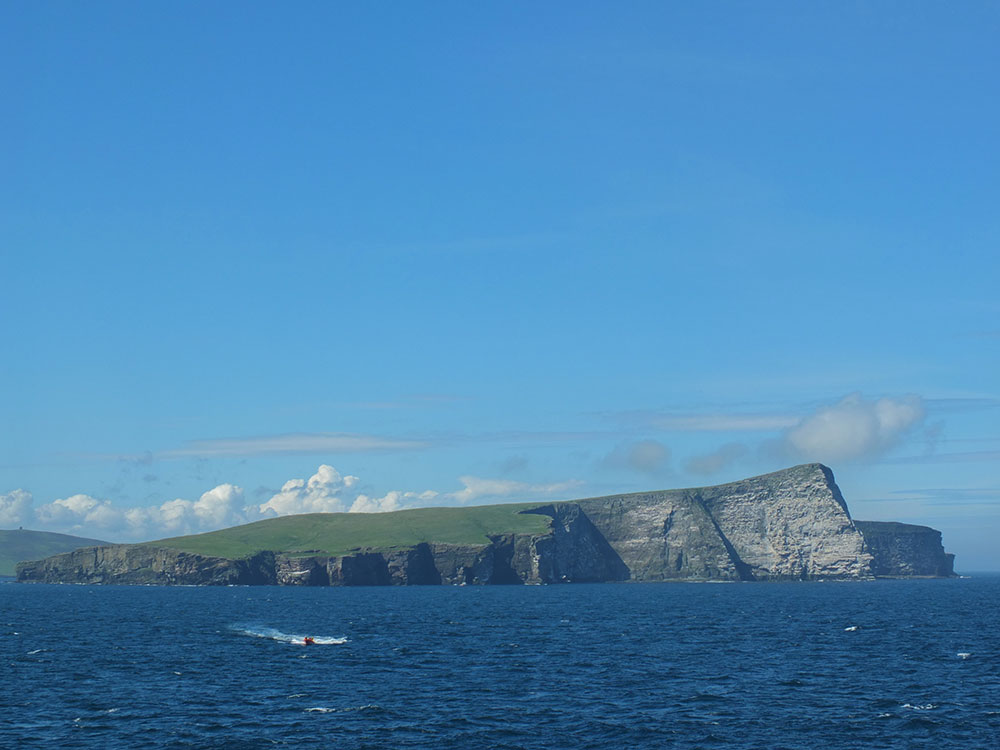 The Coastguard Helicopter appeared and, along with the Lerwick RNLI Lifeboat crew, impressed the cruise passengers by dropping crew down onto the back of the lifeboat and picking them back up again.

The wow moment, for our youngest, was when he found out that I’d done that very exercise myself some years ago when I was training as RNLI crew. It’s an incredible experience to be lifted, and the subsequently dropped off, onto the back of an RNLI lifeboat travelling at full speed. 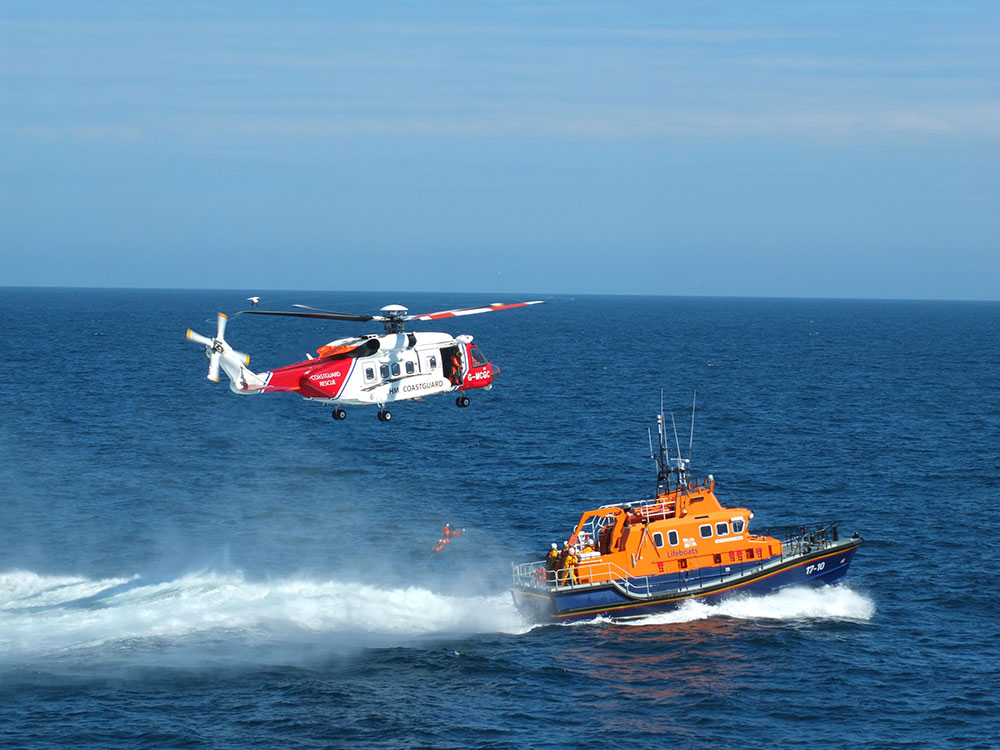 All in all, it was a great afternoon and all for a very valuable cause.

The Royal National Lifeboat Institution (RNLI) is the largest charity that saves lives at sea around the coasts of the UK, the Republic of Ireland, the Channel Islands and the Isle of Man as well as on some inland waterways. They receive no government funding, relying entirely on the generosity of public donations to keep on saving lives at sea.

Some RNLI statistics from 2017: 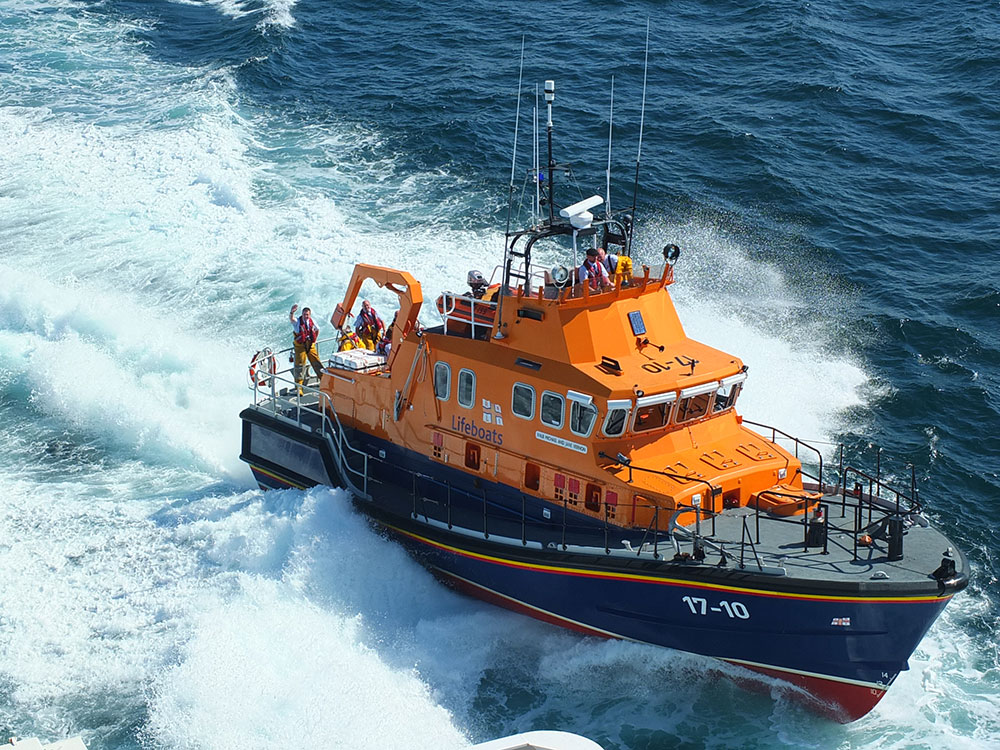 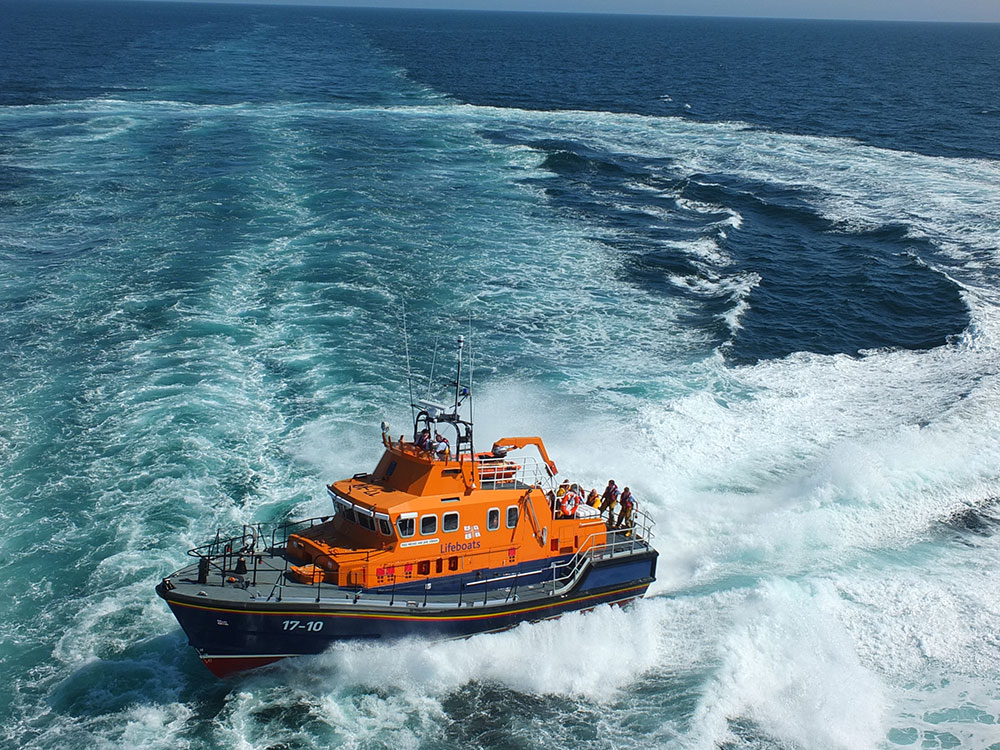 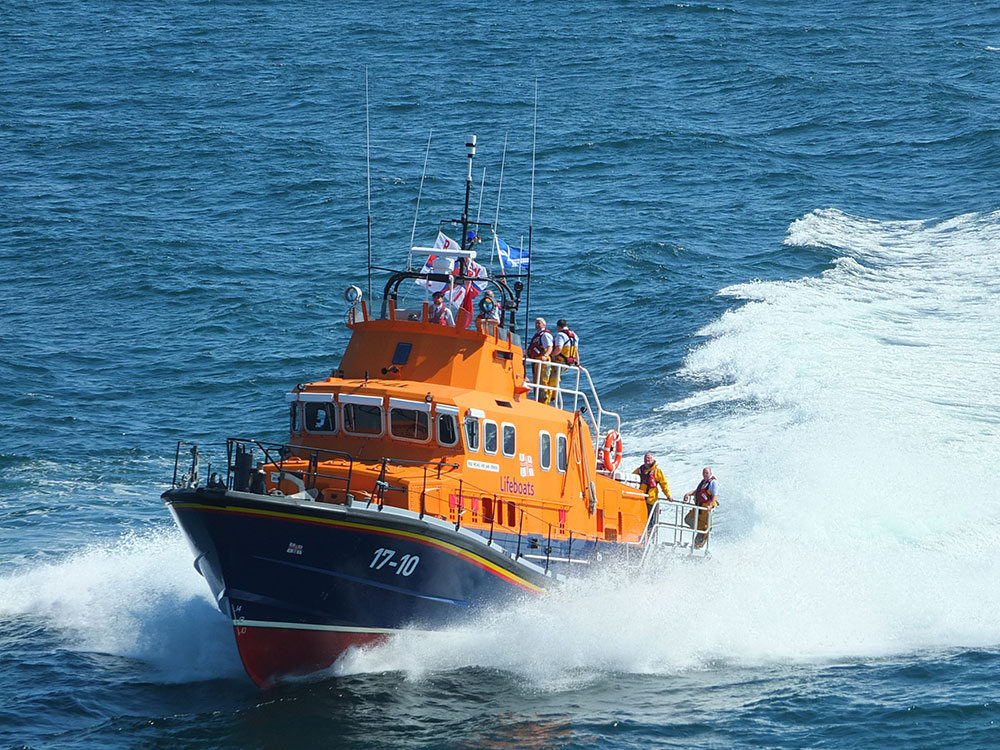 This two-hour long cruise only costs £8 for adults and £4 for children and concessions. Infants are free.

Places are limited, so contact Northlink Ferries via reservations@northlinkferries.co.uk or 0845 6000 449, or visit a NorthLink office to book your tickets. The Lerwick RNLI Open Day usually falls sometime in the first two weeks of June, so if you happen to be in Shetland then, do make it part of your plans!

Pasta Evangelists: Fresh Pasta Delivered to Your Door
Next Post: Could a switch in milk solve children’s tummy troubles? #ad