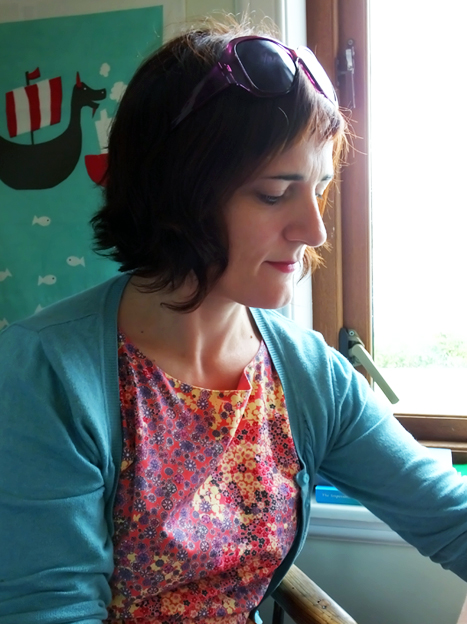 L is for… Lynn

I am terrible for not taking photographs of people. My hard drive is filled with thousands of photographs of food and landscapes, but rarely does a people-photo appear. I think this reflects that most of my time is spent in the kitchen, alone, baking and blogging. Even the photographs I have of my children these days tend to be half hints of them in a photograph featuring food, so I could include them in a blog post and still maintain their anonymity, somewhat. I really have to make a conscious effort to photograph people more, especially my own family.

I’m also rubbish at being sociable and visiting people . With my attempts at making my website a viable business so I can remain at home for my children and not have to go out and get a ‘real job’ I am spending an extraordinary amount of my day doing behind-the-scenes work. Unless you blog yourself you may be surprised at how much effort goes into each and every blog post.

So, when my friend Lynn popped in for a moment to drop my daughter off after a play date we did the usual, “We need to organize a proper visit!” thing, except instead of just saying that and not meaning it, we actually set a date. I plugged it into my iPad calendar and scheduled the visit for the following week.

I still managed to bring my work with me on the visit in the form of a 1925 Shetland salt herring salad recipe I had made for a freelance piece I was writing on the herring industry in Shetland.  We were going to share it for lunch – when I say share I mean I was going to inflict it on her as she’d said she had a fondness for pickled herring and I was rather sceptical of the whole raw marinaded-in-vinegar-overnight dish. We ate the salt herring for lunch with some gorgeous salad she’d grown and the leftovers stayed at hers – she sent me a photo the next day – they actually finished eating it instead of chucking it in the bin after I left! 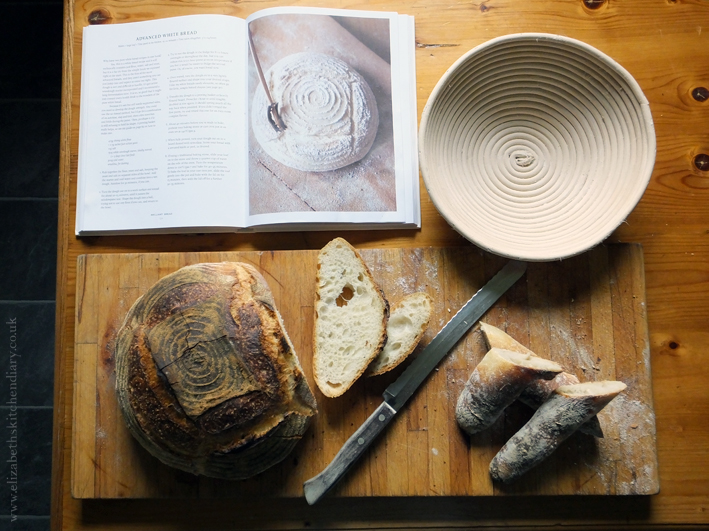 I first met Lynn at James Morton’s house warming party eleven years ago. James, the Fair Isle vest wearing Shetlander of the Great British Bake Off fame, mentions moving house in the introduction to his fantastic book Brilliant Bread, which many of you will likely own. It’s pictured above next to bread made by Lynn’s first cousin’s fiancé (a future Taste of Shetland post in the making). I was there as the +1 of a prominent Shetland figure and was well out of my depth. James was only a child then and I barely remember even seeing him, but I do remember Lynn. She was beautiful with her dark bobbed hair, bright red lipstick and infectious smile. I believe we exchanged a few polite words, but that was it.

I attended the party with a handful of family photographs. You see, when I was 25 years old I found my biological father. I was 17 when I found out that the man whose name was on my birth certificate wasn’t genetically related to me, and I had been given the wrong name of my biological father. This somewhat hindered my attempts at locating him. Through a chance query on ICQ I found a man with a similar name living in the right place. I gulped down a few glasses of red wine before I made that phone call from Scotland to the west coast of Canada, my birth place.

It was a very emotional phone call; one, my biological father said with a shaking voice, he’d been waiting 25 years for. Within hours I had a whole other family – uncles, brothers, grandparents and cousins.

A few years previously I’d been drawn to move to Scotland for some reason. I’d packed up everything I owned, landed in Glasgow with just shy of £200 and made my way to Shetland. After finding my paternal lineage, Bowie, I discovered that they all, bar my father and I, had been born just outside Edinburgh in Scotland: Linlithgow, Fife & Musselburgh. It was remarkable to find this out. I’ve since done some genealogy and found out that going back to 1598 most of these Bowies were born on the main street of Linlithgow and most of the men were named James. Going back a few generations each family had at least a dozen children.

James Morton’s mother is a Bowie and she comes from that area.

I attended that party with newly acquired family photographs and his mother and I compared and contrasted our photos. There was definitely a family resemblance. That Bowie nose, she pointed out. We don’t know where exactly the link is, but we’re definitely related. I might just start playing the James Morton is my long-distant cousin card!

Fast forward a few years and I’ve moved house from Lerwick to the rural west side of Shetland. A new family has moved to the village and they are building a house across the voe. I had a newborn so I was attending a mother & toddler group, and the new mum came along. It was Lynn. Her son was a few months older than my daughter, and we quickly became friends.

My biological father has since visited Shetland several times. The first time he came here he made the local newspaper after visiting our lifeboat station (he was a volunteer for the Canadian Auxiliary Coastguard). Shortly after the paper was published I got a phone call from one of the descendants of Doctor James Cameron Bowie, the man who built Park Hall, the ruins of which are located a few miles down the road from me.

“Who is this man?” they asked, pointing to the newspaper clipping of my father. “He looks just like long-lost cousin so-and-so!”.

James Cameron Bowie was born in the same area my paternal line comes from, but his own ancestry is uncertain so I can’t make a confirmed link. Still, it’s nice to know that although I was born over 6000 miles away I do have kin here in Shetland, albeit distant.

While I had my newborn (and a few years later another) I was studying for an Open University Life Sciences degree. I used to occasionally buy the New Scientist magazine as a treat and I would always read through the job adverts just to see what was out there. There was one advert for a 2 year research placement in the Antarctic. I cut it out the advert and stuck it to my fridge, why, I don’t know, as this sort of job was unattainable for me with having small children. One could but dream.

It turns out that Lynn’s husband had had this job a few years previous! So envious! He also volunteered for the local lifeboat and it was him who first planted the seed in my head that I should start training as crew. He’s named his youngest daughter after a region of the Antarctic because of his fondness for the area.

So there you go. A little six degrees of separation story to accompany this week’s Alphabet Photography Challenge by PODcast photo. This week, L is for Lynn. I took this photo while I was visiting and playing with the ‘portrait’ setting on my camera. She was playing with my youngest at the time and I really like the natural look of it.

H is for… Helicopter

I is for… Iron Age

J is for… Jelly Sweets

K is for… Kohlrabi