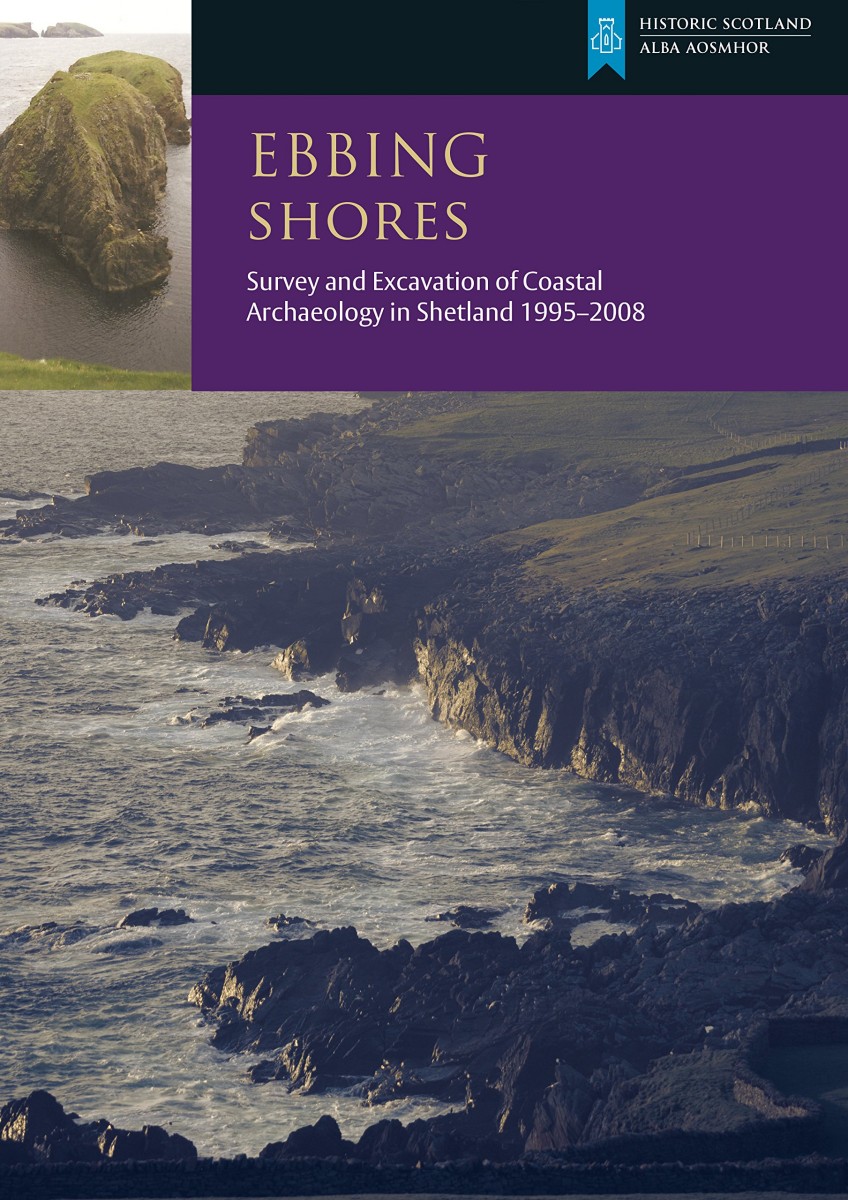 Survey and Excavation of Coastal Archaeology in Shetland 1995-2008 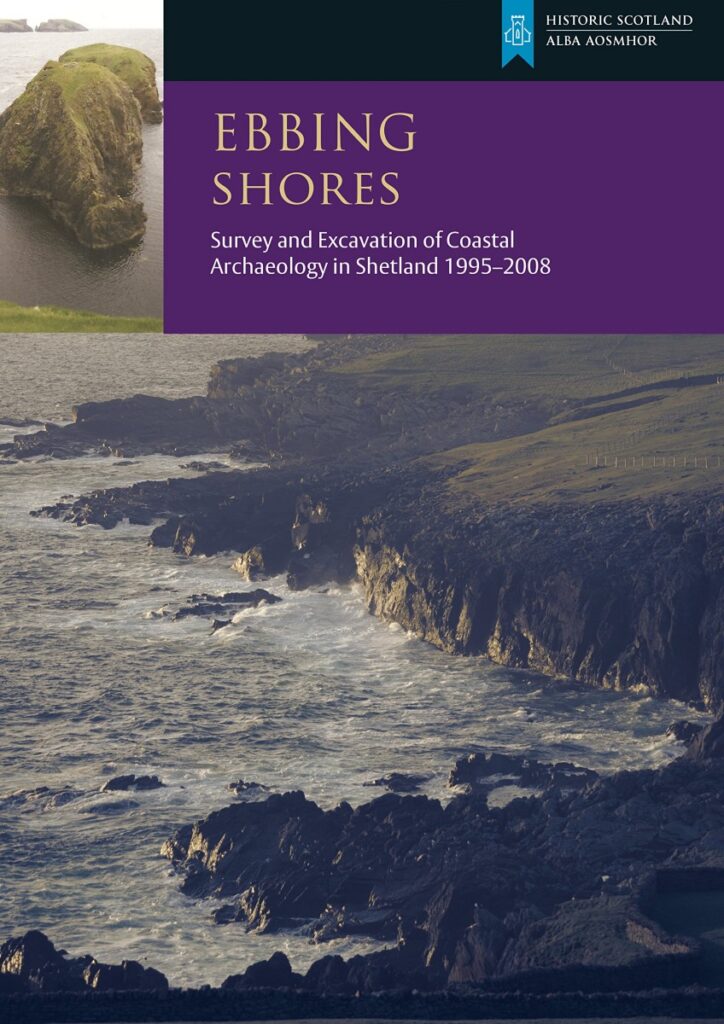 If you were to judge this book by its cover and title you might think it is the latest work of popular fiction; an adventure story set in a wild, rugged and remote island archipelago, a battle between the effects of the passage of time and the relentless destructive energy of the sea.

This book is indeed set in an island archipelago, The Shetland Islands, and does feature a battle between time, the sea and humans. It catalogues the wealth of Neolithic to 20th century archaeology discovered during extensive excavations of select coastal areas undertaken by EASE Archaeology for Historic Scotland in partnership with the Amenity Trust.  The coastal areas of Shetland are under threat by increased rates of erosion, exacerbated by current climate conditions and rising sea levels.

Section 1 of the volume details the findings from coastal areas along the west side of Shetland, Northmavine, Burra and Trondra, Whalsay, Lunnasting and the south mainland.

Three main sites under immediate threat of erosion (much had already been lost to the sea) are described in sections 2-4. These sites include a Bronze Age non-domestic complex at Cruster, Bressay, the most complete burnt mound yet discovered in Shetland; a farming settlement in Bayanne, Yell, dating back to the early 2nd millennium BC to the mid 1st millennium AD, and what appears to be an ancient smithy in Burland, Trondra.

The settlement in Yell comprised seven structural remains showing the architectural and material culture changes over time from the Bronze Age to the Middle Iron Age. The 71.5 kg collection of soapstone objects found at this site is the largest and best preserved ever recovered from a prehistoric settlement in Britain.

Excavation at Burland, Trondra, revealed that it was used predominantly for metalworking from Neolithic to Norse periods.

The comprehensive catalogue includes descriptions of everything found during the excavation period in great detail, with illustrations of the objects and maps and/or photographs of the area they were found in. Many of these sites were documented for the first time.

Although the objects are very well detailed, very little information is provided about their functions which would have made for more interesting reading for the casual reader. It does read like a very heavy, scientific text. However, the engaging discussion sections do paint a picture for the reader of what life might have been like at the time, providing a bit more history and a break from specific detail.

The Shetland coastline is still under constant threat from the sea, and the writers of this volume  want to emphasize that sites of equal or greater archaeological heritage might currently be washing out to sea. There is much more yet to be discovered. History is being lost and this volume is an important catalogue of items which would have been lost, if it wasn’t for the hard work and dedication of the archaeologists.

This volume would be of interest to anyone with a passion for Shetland history and archaeology, and hill walkers who might be wondering what that pile of stones or structure actually is. At only £25 it is money well spent.

You can find this volume on Amazon.

This review originally appeared in the Summer issue of the Archaeology Scotland magazine. Elizabeth’s Kitchen Diary received a copy of Ebbing Shore for review purposes. This is not a paid post.