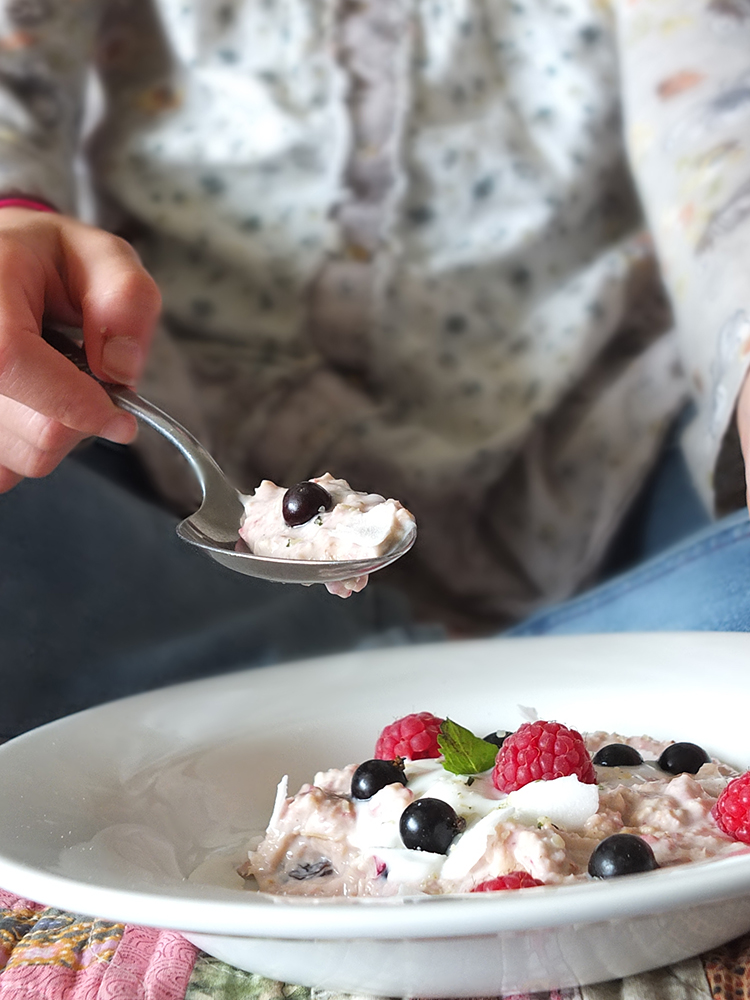 In collaboration with Dorset Cereals.

I confess I am very late to the whole overnight oats thing, I really am.

Porridge is, by all means, my number one favourite thing to have for breakfast, with home made granola or muesli over plain natural yogurt with plenty of fresh fruit a close second.

The concept of overnight oats, I confess, has not appealed to me. Cold porridge for breakfast? Why would anyone want to do that? 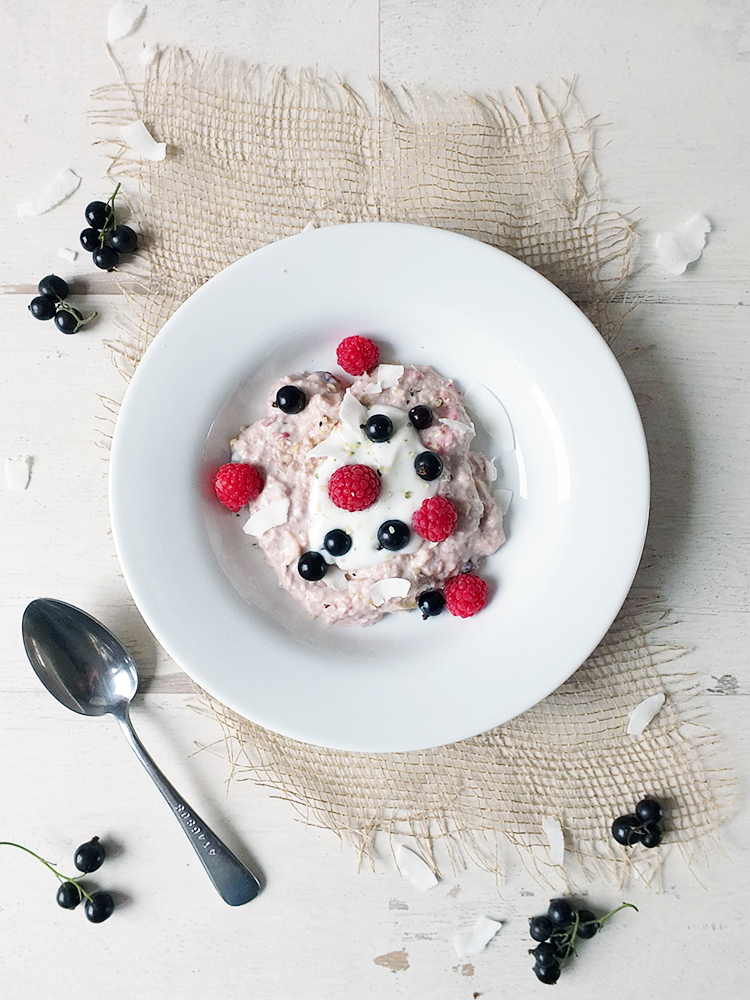 Bircher was convinced that he had cured himself of jaundice by eating raw apples and he began to study and observe the health effects raw foods had on the body. At the time the popular diet was mainly meat and bread based, and Bircher believed that raw foods, namely fruit, vegetables and nuts, could be used to heal sickness. In 1897 he opened a sanatorium in Zurich called ‘Vital Force’ which proved to be very popular among the people, but attracted criticism from his fellow scientists who did not agree with his lifestyle advice.

It wasn’t until the 1930’s when vitamins were discovered in fruits and vegetables that Bircher was taken seriously in the scientific community. 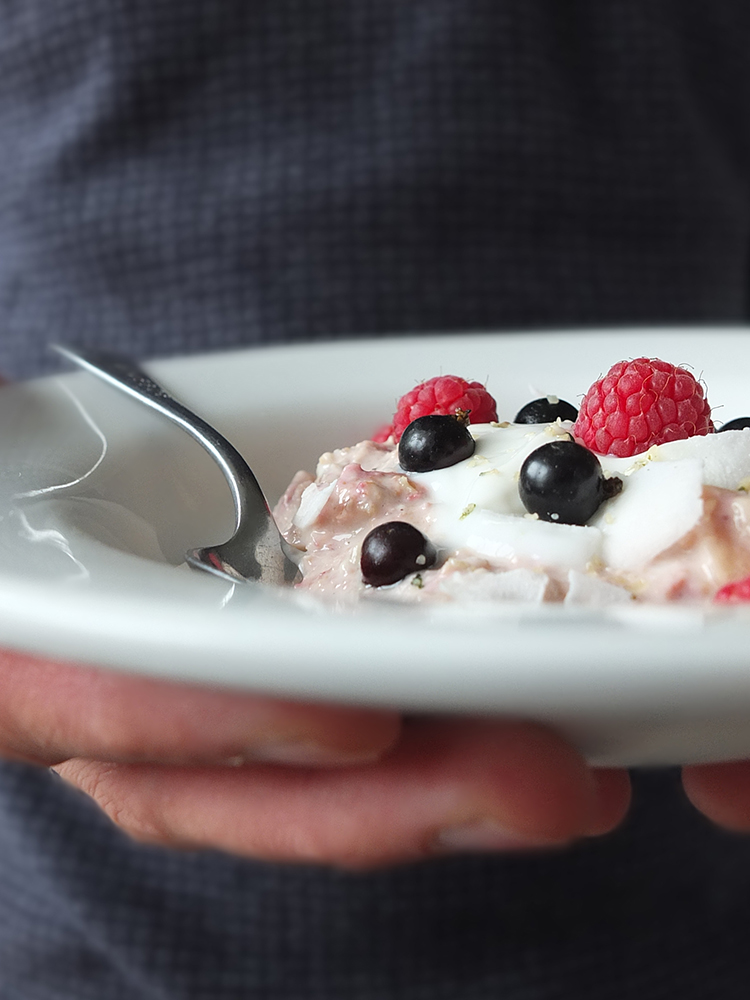 The original Bircher Muesli, or raw porridge, served to Bircher’s patients was a combination of one tablespoonful of raw oats, soaked overnight in water, several whole grated apples (skin, core, pips and all), one tablespoonful of nuts, the juice of half a lemon and a tablespoonful of cream, honey or condensed milk (Source: Fruit Dishes & Raw Vegetables by M. Bircher).

Now, with our heightened awareness of the importance of fruit and vegetables in our diet, the breakfast has seen a surge in popularity. Ready made Bircher museli mixes are now available on supermarket shelves from companies such as Dorset Cereals.

Dorset Cereals recently sent me some of their Bircher museli mixes in Raspberry & Blackcurrant and Honey & Almond flavours, challenging me to try their cereal and create my own ‘summer in a bowl’ recipe with it.

I’m not going to lie, I was sceptical. Cold porridge. Blergh!

However, I was really pleasantly surprised! The instructions on the box suggest to soak the museli overnight (or for at least 30 minutes if you’re in a hurry!) in apple juice with a dollop of yogurt on the top, stirring in the yogurt in the morning and top with your favourite ingredients for a cool and creamy muesli breakfast. 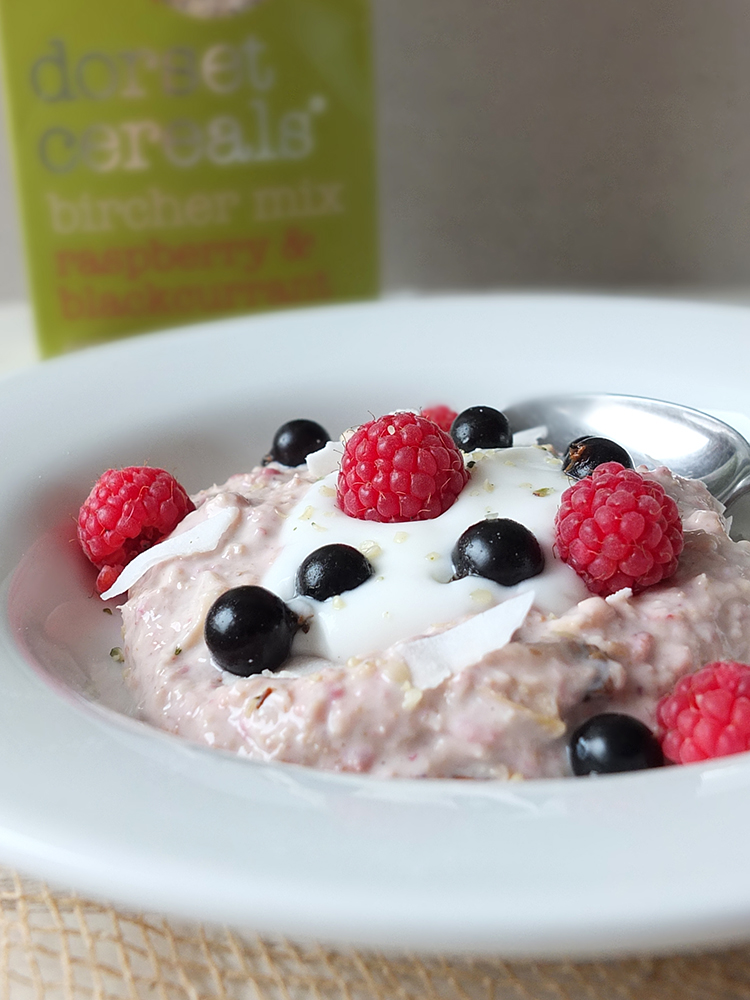 It was delicious and sweet, like an oaty dessert instead of a healthy breakfast. I used coconut yogurt in my recipe and topped the muesli with organic locally grown raspberries and blackcurrants from my CSA veg box as well as some coconut shavings and a sprinkling of shelled hemp seeds. For a garnish I used one of the tiny windburnt leaves left on my mint plant after the gales last week. A Shetland summer!

I’m now a convert to overnight oats and will be experimenting with different toppings with the rest of the packets.

Dorset Cereals Bircher Mix retails between £3.49 – £3.80 for 600 grams and can be found at Waitrose, Sainsburys and Ocado.

Are you a Bircher museli fan? How do you make yours? 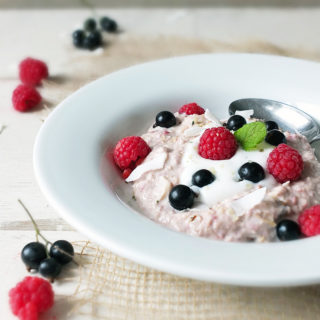 This is a paid post. Thank you for supporting the brands who make it possible for me to do what I love: mess up my kitchen and share recipe stories!