aka how to salvage a failed attempt at making chocolate hazelnut spread. 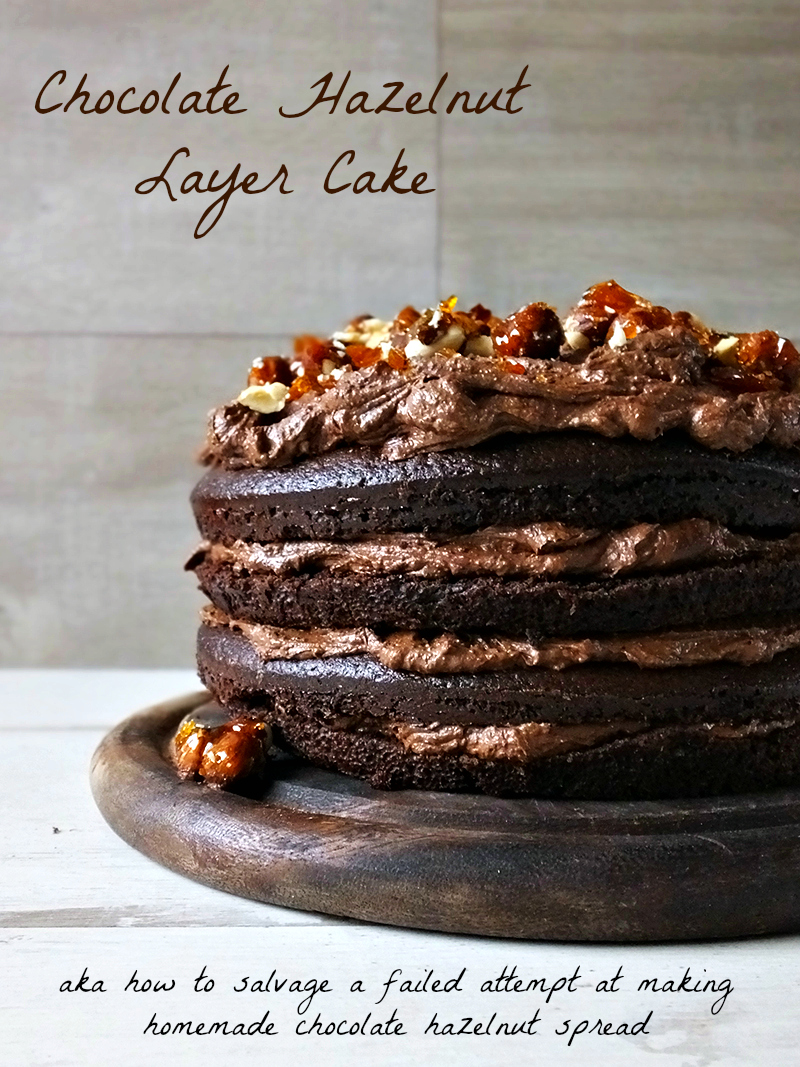 I like experimenting in my kitchen, I really do. Sometimes (quite a lot of the time, if I am to be honest!) it doesn’t quite go according to plan. 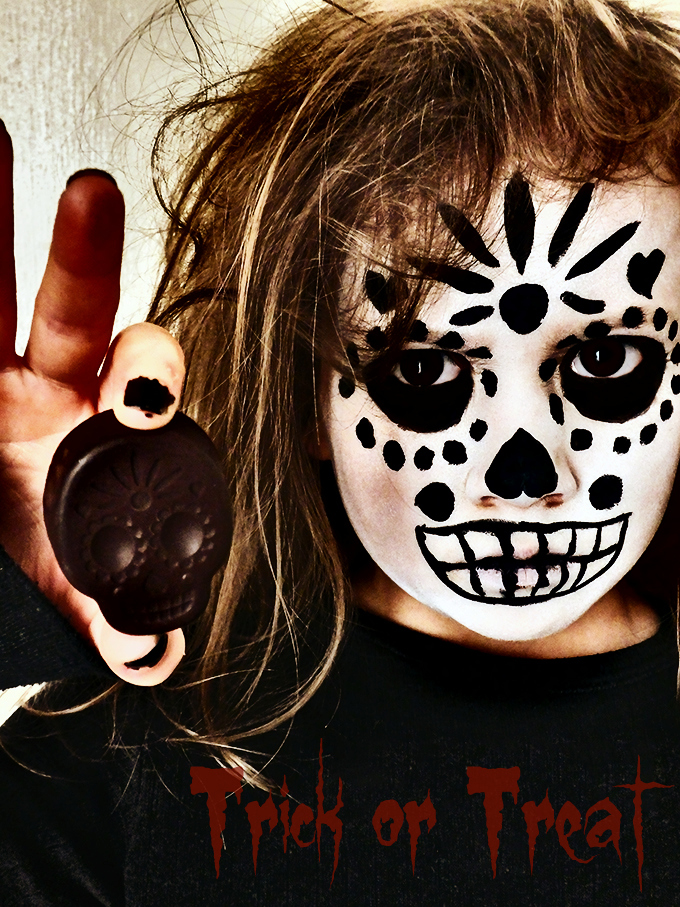 I’d agreed to do a cookery demonstration at a big event coming up, and I was going to impress the audience with my home made chocolate hazelnut spread making skills and then offer everyone a Halloween chocolate filled with the delightful creamy mixture.

The thing is, I’d never tried to make chocolate hazelnut spread before. I’d seen loads of recipes on the internet, so I figured it couldn’t be that hard, right?

The first recipe I tried said that if I had a high speed power blender (which I do!) I could simply add the broken up pieces of dark chocolate to the creamed toasted nut mixture. I did so. The mixture got really, really smokin’ hot, and was resembling nothing like Nutella. It was dry, and crumbly, and when taste tested – it was burnt. Burnt chocolate. Blergh. The whole lot ended up in the bin as it was utterly inedible. 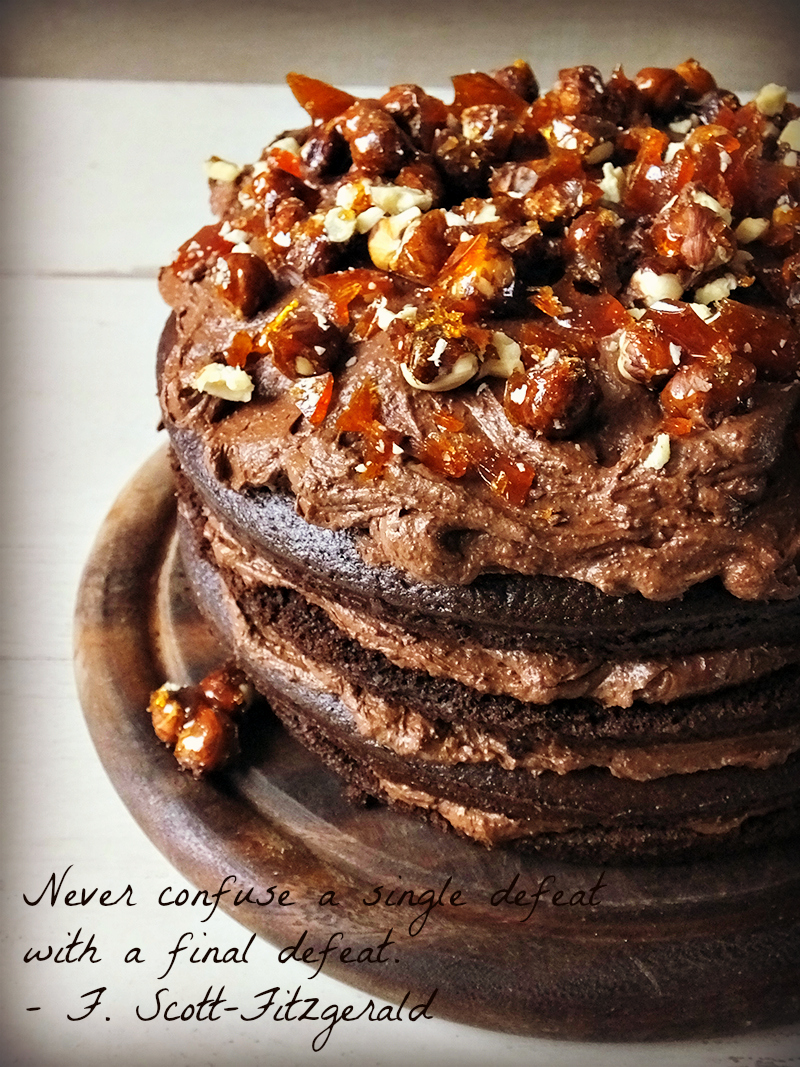 I used that, and all was going well. I toasted my hazelnuts, rubbed off their crispy skins with a tea towel, blended, pulverised and added the dark chocolate (melted over a pan of barely simmering water first, this time!), and added it to the creamed nuts (which still weren’t creamy, per se, more paste-like than anything).

The recipe said the mixture would be liquid, but would solidify when it reached room temperature. An hour later it was still liquid, and me, being the most impatient person in the world, popped it into the fridge for ten minutes.

It hardened! At this point I was thinking I might actually have succeeded. I spread a bit of the home made Nutella onto some freshly baked banana bread (yum!) and spooned the rest into two small empty Nutella jars and left them on the counter top. 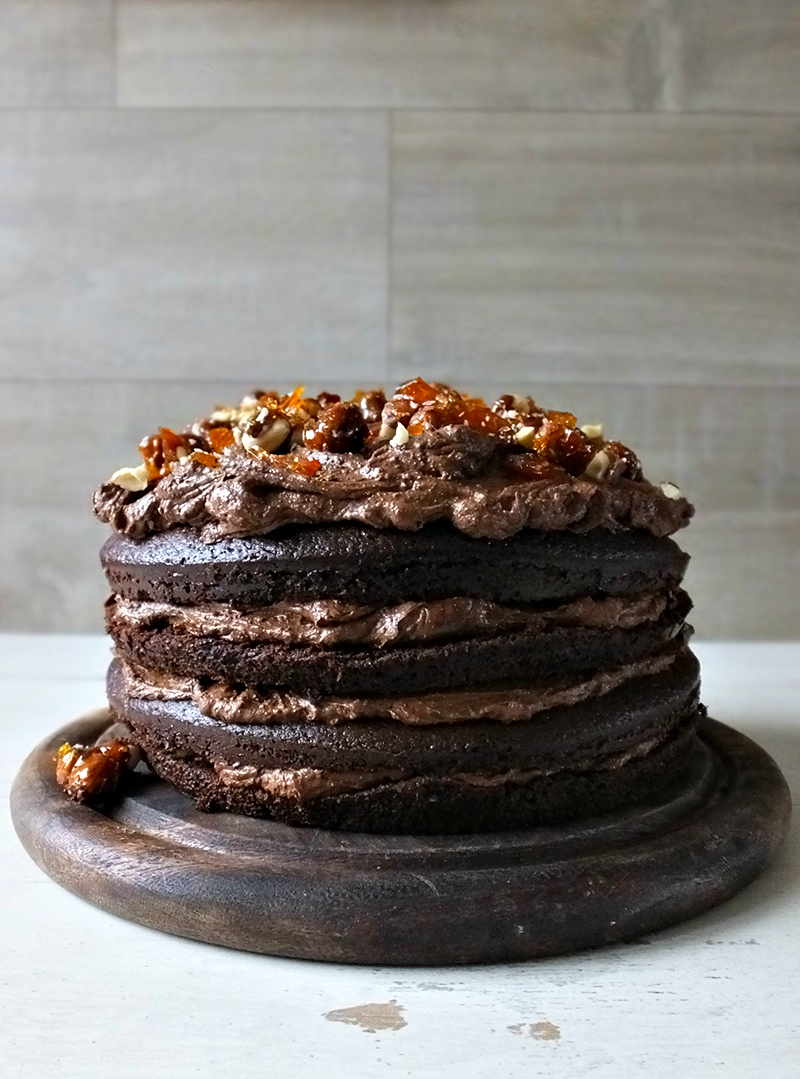 Come the following day the chocolate hazelnut spread was rock solid. Ok, not rock solid, more like fudge-solid. You could slice it, but there was no way this stuff was going to spread. It was also too bitter. The kids wouldn’t eat it. Even me, with my love of all things dark chocolate, thought it was just too much.

I left those jars sitting on the counter top for several days, glaring at them and the waste of nearly £10’s worth of ingredients – hazelnuts are expensive!

I also backed out of demonstrating at the local event. I’m really quite a shy person. I don’t take selfies, I don’t even like my photograph being taken let alone standing up in front of a crowd and talking to them. When I was studying for my Open University degree I had to do an oral presentation of my research findings in front of my fellow students. I’d worked myself up into such a state worrying about doing this that I was on the cusp of giving up studying, forgetting about the degree and just going home. Worrying about doing this demonstration was causing me a great deal of anxiety. I couldn’t do it. This, my dear readers, is why I will never, ever appear on The Great British Bake Off despite my husband and friends trying to encourage me to apply. 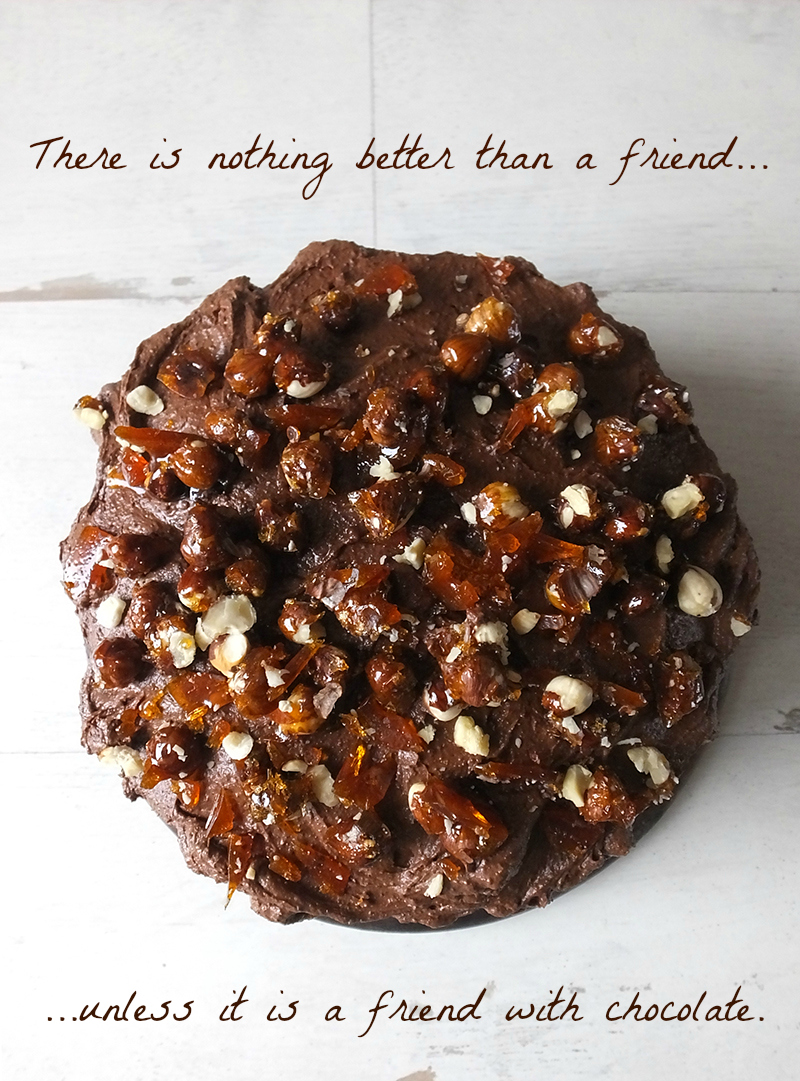 So, back to the failed chocolate hazelnut spread. It was bugging me, sitting there in the corner of the kitchen, and I was suddenly struck with an idea – why not plonk a whole bunch of butter and icing sugar in it and turn it into frosting?

I baked my trusty chocolate cake recipe, filled the layers with the new incredibly light and fluffy chocolate hazelnut frosting and decorated the top with some hazelnut brittle using a technique I’d been taught at a cookery class in Paris recently.

Now I’m feeling rather smug and less like a complete baking failure – and there’s cake. Chocolate cake during Chocolate Week. Chocolate cake scoffed in my pjs while watching the first episode in series two of The Returned

Have you tried to make homemade Nutella? Did you succeed? 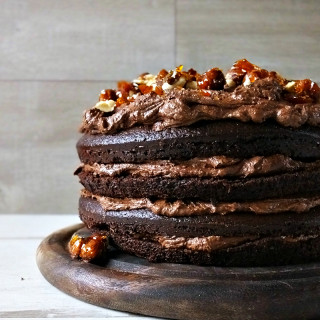 LINKING UP WITH A FEW FOOD BLOGGING CHALLENGES
No Waste Food Challenge guest hosted by Veggie Desserts
We Should Cocoa by Tin & Thyme and guest hosted by It’s Not Easy Being Greedy (theme: USA – my tenuous USA link is that this cake is absolutely huge and calorific, like a lot of USA portions?)
Recipe of the Week by A Mummy Too
Simply Eggcellent by Belleau Kitchen
Cake Club by Kerry Cooks

Elizabeth’s Kitchen Diary uses the Froothie Optimum 9400 blender, and the Froothie Optimum 600 slow juicer to make her juices, soups and smoothies. These are affiliate links, meaning if you buy a blender or juicer through them we will earn a small commission. This is not a paid post and all thoughts and opinions are our own. This post may also contain Amazon affiliate links, which means if you click through and make any purchase – anything at all – via Amazon we will get a small commission and you will be helping to support our family. Thank you! xx