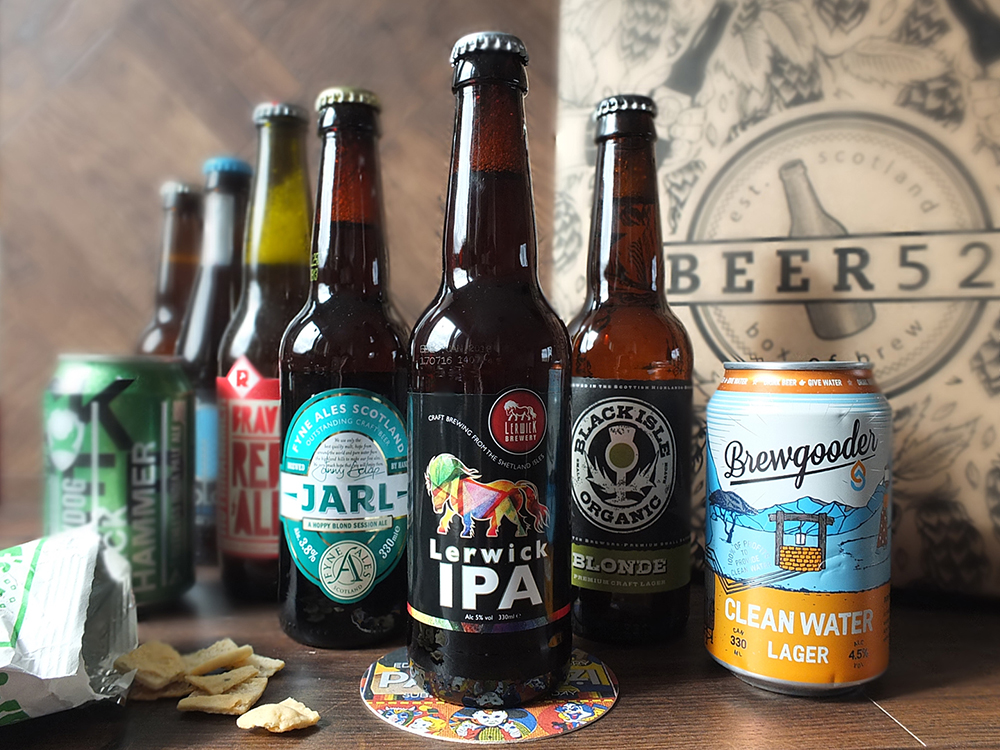 A review and giveaway in collaboration with Beer52.

I’m not going to pretend I know anything about beer for this post. In fact, I’ve only recently become a convert to the wonderful hoppy fuggle world of beer after a recent trip to Belgium and a taste testing of the most delicious dark, chocolatey rich Belgium ale (LeFort, if you’re interested), and I’ve made it a mission now to explore this unknown world one bottle at a time.

Fuggle: (noun) hops of a variety used in beer-making.

Beer52 is the world’s largest craft beer discovery club, sourcing new and interesting beers from microbreweries around the world and delivering them to your doorstep, within 8 weeks of brewing, for your tasting pleasure.

Their founder, craft beer obsessive James Brown discovered his passion for craft beer during an epic road trip from his home in Edinburgh (in Scotland, y’know)  to Faro (that’s in Portugal – I checked), on the back of his dad’s Harley-Davidson. Stopping at tiny pubs and brewhouses along the way, he found beers that were not only delicious, but that he’d never heard of before.

So now, Beer52 source and send you a selection of eight different beers, a snack and their magazine ‘Ferment‘ in their monthly subscription service. 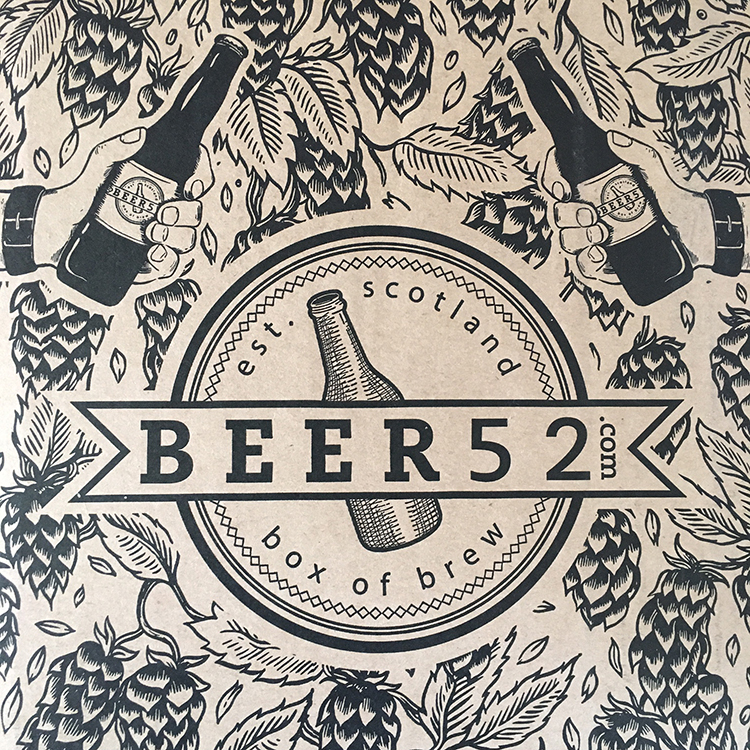 Last month’s box featured beers from all around Scotland, plus one wildcard – a rather tasty red ale from Chile. Because I really don’t know enough about beer to give you a detailed breakdown of the taste and depth of each bottle, I’ll just tell you that I was really impressed with every single sample in the case. It might have helped that I drank a few of them by myself, alone on a Saturday night with a pizza while binge watching the latest season of Orange is the New Black. Some things just need to be done.

I was delighted to see Shetland’s own Lerwick IPA from the Lerwick Brewery featured too. For those who want to expand their beer horizons this is definitely the subscription box for you, and for as little as £21 it’s not a bad price. I do, however, have an exclusive discount code for you – if you use the code ELIZABETH10 at checkout you’ll get £10 off a case of beer, and I’ll get £5 too, and you’ll be directly helping support my family. Win-win, this, no?

They’ve also offered my UK readers the chance to win their next case in a giveaway! Fill out the Rafflecopter form below to enter!

Beer52 have kindly offered one of my UK readers to win their next shipment of beer worth £24. To enter, simply fill out the Rafflecopter entry form below!

For your chance to win a Beer52 subscription box worth £24 enter using the Rafflecopter form below. Come back and tweet about the giveaway every day for more chances to win!

This giveaway is open to UK entries only. Entrants must be age 18 or over. The winner will need to respond within 30 days of being contacted; failure to do this may result in another winner being selected.

The prize is offered and provided by Beer52. The prize is to win a Beer52 subscription box worth £24.  There is no cash alternative and the prize is not transferable.

If you need some help using Rafflecopter, here’s a quick clip to show you how. Rafflecopter will pick the winners at random from all the entries received. I will be verifying entries and any automated entries or those who have claimed they have made the mandatory blog post comment and really haven’t will be disqualified. It’s mandatory! Please make sure your comment is eight words or longer or Google views it as spam. >>>>> All entries with comments fewer than the mandatory 8 words will be disqualified. <<<<<

Closing date is midnight (that’s 00:00 hours, 12 am on Sunday night/Monday morning) on Monday 19 September 2016 (GMT) and the winner will be announced shortly afterwards.

Elizabeth’s Kitchen Diary received a case of beer from Beer52 for review purposes. All thoughts and opinions expressed are our own. This is not a paid post (unless you use the voucher code provided, in which case I’ll get a fiver and be eternally grateful).