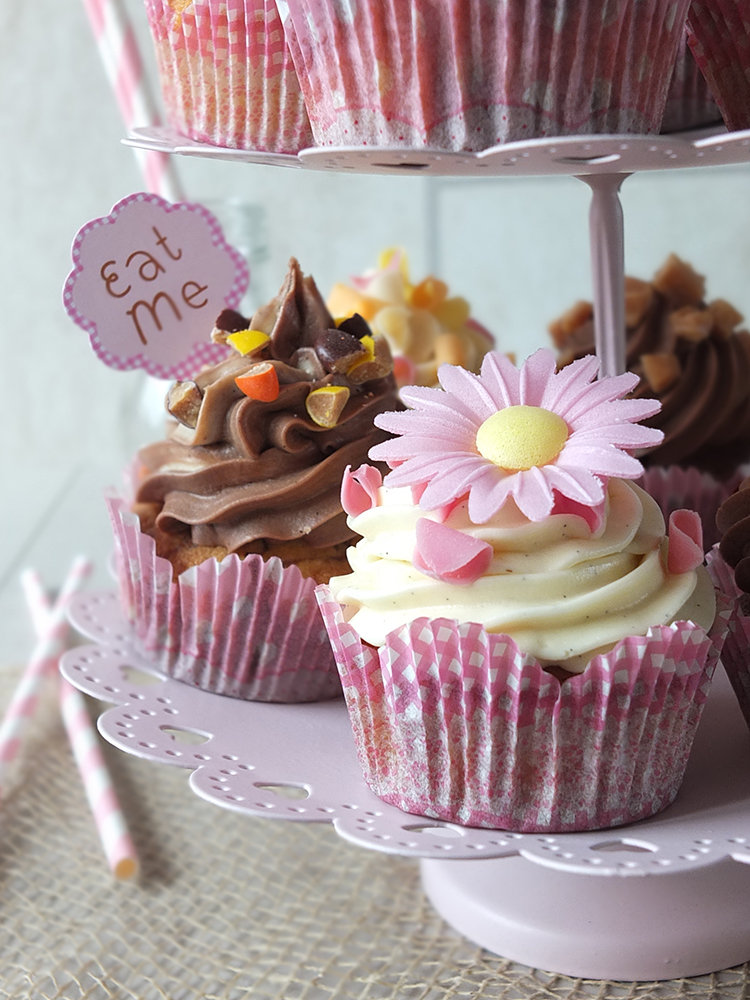 A Selection of Cupcakes for Afternoon Tea

One batch, twelve flavours, in collaboration with Crock Pot. 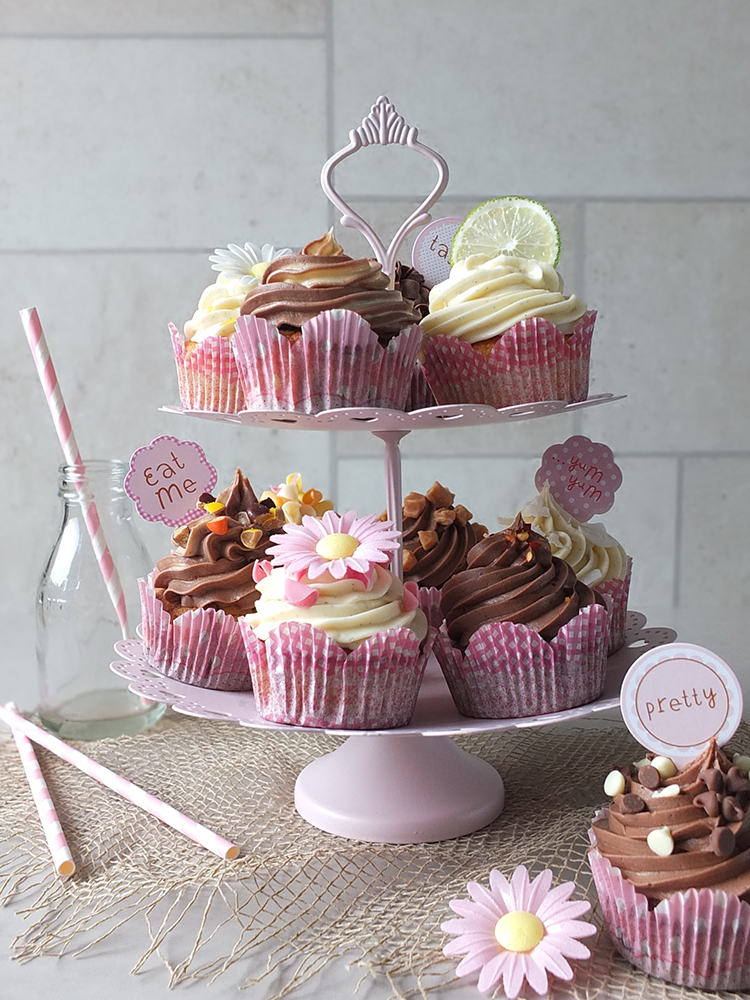 I do love a good cupcake, me. What’s better than a good cupcake? A selection of good cupcakes! Who has the time though (or the waistline) so make six or twelve dozen cupcakes to get a variety of flavours to serve at an afternoon tea party.

Why not make one batch with twelve different flavours?!

Ok, I admit, this probably takes just as long to make as it would to make a dozen different cupcake recipes, but it’s jolly good fun, and there’s loads of different cakes to eat too! Win!

I was asked to come up with a selection of cupcake recipes for an afternoon tea, and despite a few failed attempts at making cupcakes in my trusty Crock Pot (although the Internets assures me it can be done!), I opted for the oven. I do love my Crock Pot, mind – it’s great for slow cooking stews and meats. Proper Autumnal comfort food. Minimal effort. What can be better than that? 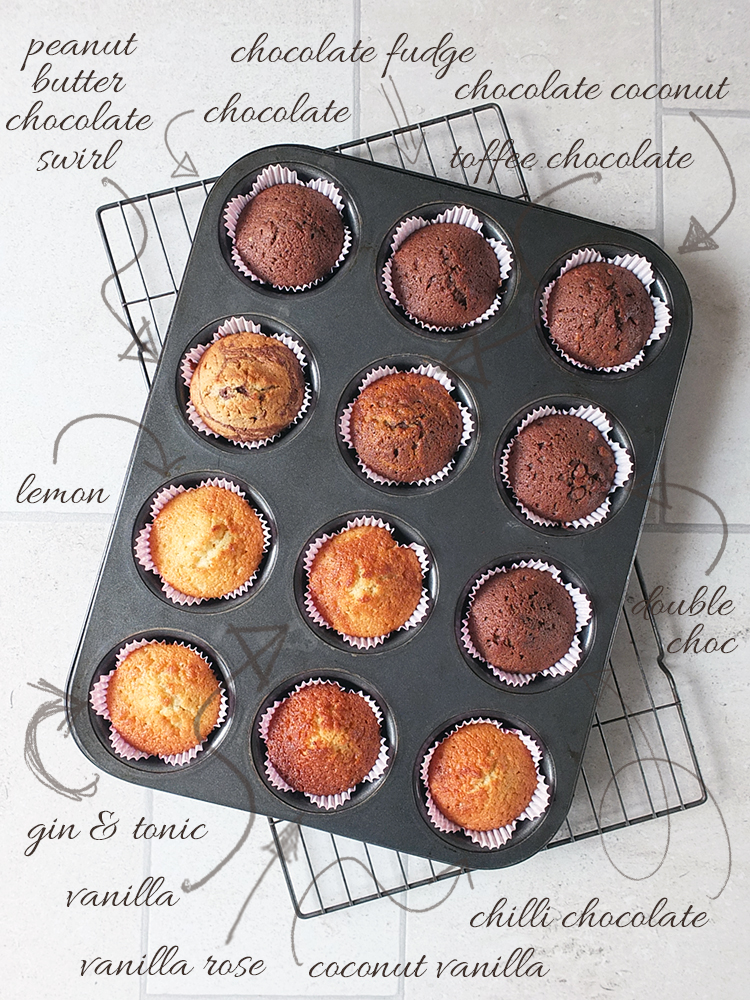 So yes, back to the cupcakes!

One recipe, twelve different flavours. The batter itself is really simple to make – it’s a basic fairy cake recipe divided into half, and one half of it is flavoured with chocolate. When you start with this the possibilities are endless – simply divide each half into sixths and flavour each sixth as you desire – I’ve gone with some of my own personal favourites. Weighing out your batter in advance makes this job a lot easier, and ensures all your cupcakes will be the same size.

You can even combine a flavoured vanilla with the chocolate batter for a swirl effect. Simply spoon into the prepared case and swirl together with a toothpick. 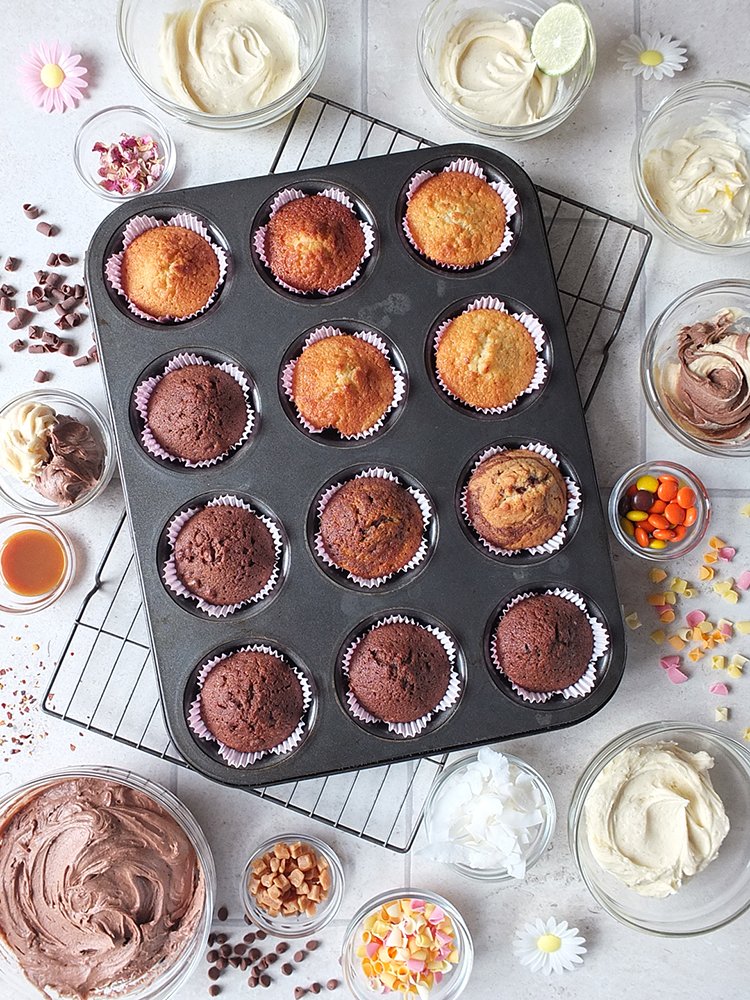 It’s the frosting and decorating that takes awhile. To make life easier you could just either frost with chocolate or vanilla frosting, but I’ve gone the extra step and I’ve flavoured several of the cupcake frostings individually to complement their cake base. For example, a wee splash of gin in the gin & tonic variety, a little dash of rose syrup in the vanilla rose, a swirl of peanut butter flavoured frosting in the peanut butter chocolate swirl recipe, etc.

Or, don’t use a piping bag (as you’ve got to remove and wash the nozzle between each cupcake!). Simply spread on with a palette knife and decorate as desired.

So what do you think of my cupcake ideas? I think they’re perfect for an afternoon tea party, or even a birthday party, as long as you don’t mind spending an afternoon pottering about in the kitchen playing with flavourings.

What’s your favourite cupcake flavour? Let me know in the comments! 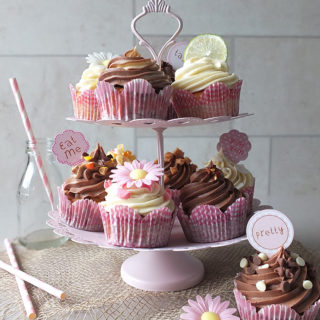 A Selection of Cupcakes for Afternoon Tea

for the basic cupcake batter

for the flavourings in the cupcakes

for the buttercream frosting

This is a commissioned recipe. Thank you for supporting the brands who make it possible for me to do what I love: mess up my kitchen (in this case big style!) and share recipe stories!